MLS is Back: Sporting KC downs Rapids in five-goal thriller 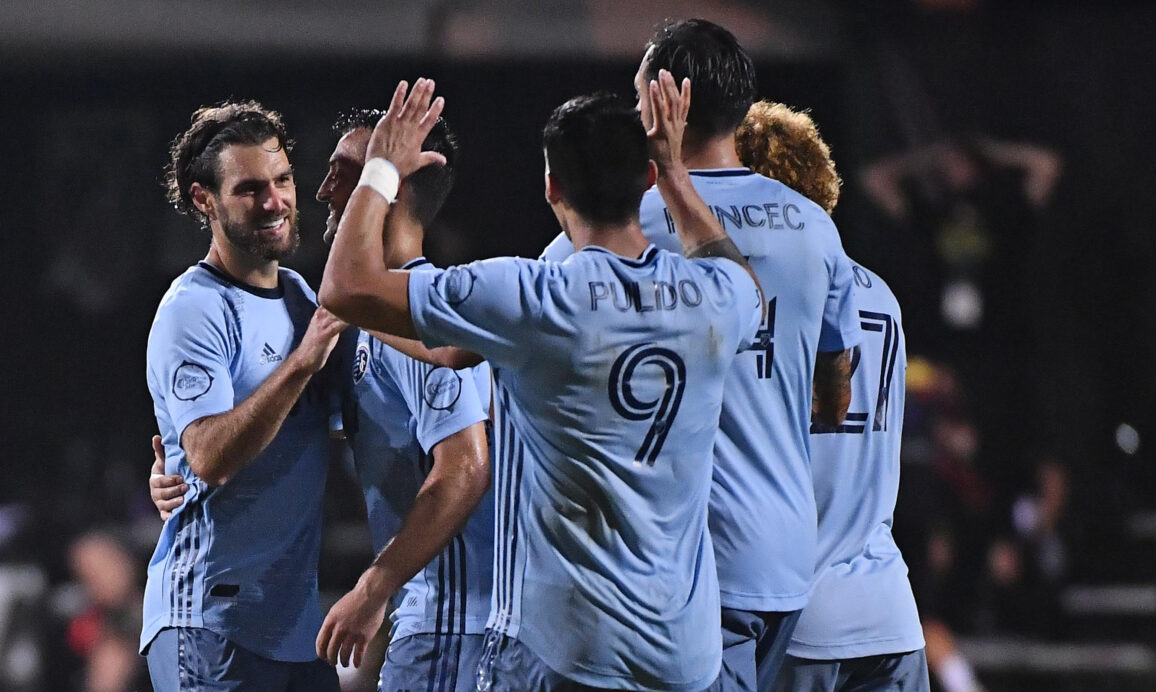 Sporting Kansas City picked up its first win of the MLS is Back Tournament thanks to a trio of second-half goals against the Colorado Rapids.

A 91st-minute winning goal from veteran Graham Zusi propelled Peter Vermes’ side to a 3-2 win over their nine-men rivals in Orlando. Sporting KC fell down early to Robin Fraser’s bunch, but took control in the second half.

Kellyn Acosta’s curler in the sixth minute handed the Rapids a surprising lead, but the match got flipped on its head after the hour mark. Danny Wilson was sent off for bringing down Khiry Shelton after Sporting KC tried to spring the forward onward towards goal.

VAR ruled in favor of a red card, reducing the Rapids to 10-men. Shelton made the Rapids pay in the 64th minute, scoring his second goal in as many matches. A cross from Gadi Kinda to the back post was rifled back across goal by Shelton and into the top-right corner.

Alan Pulido slotted in from the penalty spot in the 71st minute after Diego Rubio was whistled for handball on Zusi’s cross. Rapids midfielder Jack Price, who was frustrated with the penalty decision, also saw red a minute later after yelling at referee David Gantar.

The Rapids looked to have stolen a late point as substitute Jonathan Lewis’ low effort snuck past Tim Melia for a 2-2 scoreline after 85 minutes. However, Sporting KC had the final say with Zusi getting a bit of luck on a stoppage-time shot.

Zusi’s low shot deflected up in the air off of Rapids left back Sam Vines before looping into the left corner. It was the 33-year-old’s first goal since April 2019 and his first this tournament.

Graham Zusi: Not only did Zusi win the game for Sporting KC in stoppage time, but he also helped force the only penalty kick of the match. He also completed 85% of his passes and won five duels.

Zusi’s goal: When it looked like Colorado would walk away with a needed point, Sporting KC got some help for their winning goal. Zusi’s shot took a freakish bounce before nestling into the left corner of William Yarbrough’s goal.

Jack Price: With his team already down one man, Jack Price should’ve contained his emotions better after Sporting KC’s second goal. His foolish sending off didn’t help and Colorado ultimately lost a chance at one point and now could be without two players for their final group stage match.