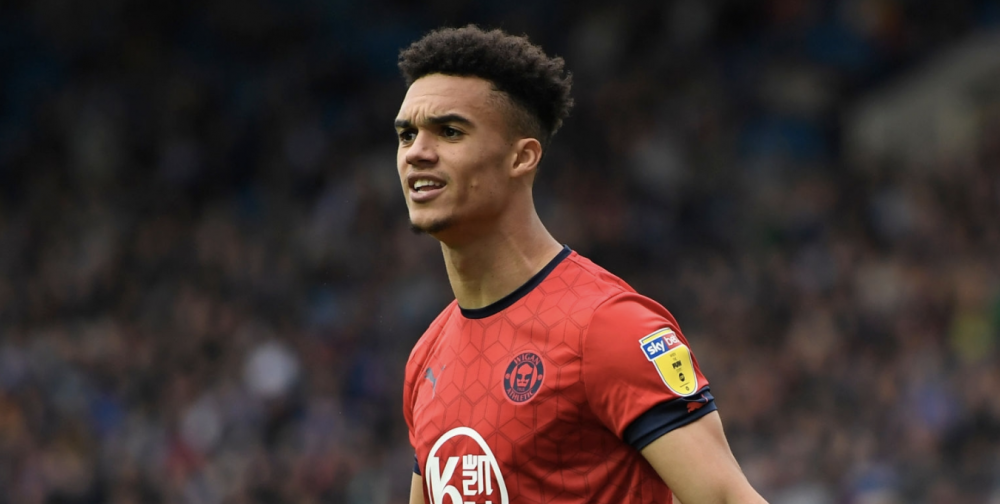 Antonee Robinson put in a Player of the Year worthy campaign for Wigan Athletic this past season and will now look to try and maintain that high standard as he prepares to take the step up to the English Premier League with his transfer to newly-promoted Fulham.

Fulham won the race for Robinson’s signature on Thursday, beating out several other Premier League clubs for the left back. After not originally being in the mix for the U.S. Men’s National Team defender, Scott Parker’s side was able to acquire the speedy fullback for what will be an important season for both parties.

“It’s been a few days in the making now, but I’ve just been really excited to get down here and sign with the club,” Robinson said in a club interview. “I can’t wait for the lads to get back and we can get going for the season.”

“I heard a few days ago that Scott Parker was interested in me so we had a Zoom meeting. He was pretty keen to get me here and get a deal done. I’ve played against Fulham before so I know a little about the club, and the stadium is one of the best I’ve ever played at. They play a style that I can see myself fitting into. He wanted to get lads in here who wanted to work hard and work for the club.”

Robinson was one of Wigan’s top players this season in what ended up being a disappointing ending for the club. After fighting to a strong record in the season restart, the Latics were relegated to League One after being docked 12 points for entering administration.

The 22-year-old defender excelled in his second-consecutive season in Paul Cook’s squad, making 39 combined appearances and scoring one goal. Not only did Robinson become a regular starter in his first permanent season with the club, but he also developed as an offensive threat and a solid defender.

Now he will look to help the club put its stamp on the Premier League after a quick absence in 2019-20.

“It’s a massive year, they just got promoted so the goal will be to stay up,” Robinson said. “Scott said they want to put a stamp on the league and the style of football they play can help with that. He’s played a numerous amount of games in the league and knows what he is doing. I believe in him and what he’s doing here and once he told me his ambitions for the club, it was a pretty easy decision for me.”

“They have a lot of quality in the squad, they have some players who got a taste of the Premier League the prior year so it helps them coming in with more insight of what to expect. It’s always tough playing against them, they play a direct style of football and are very attacking. I feel I would fit in with their style. I am an attacking fullback who wants to make an impact on that side of the field.”

Robinson never got the chance to debut in the Premier League during his time with Everton, but has a good opportunity to cross that off his bucket list this season. He will look to partner fellow USMNT teammate Tim Ream, whom has been an anchor for the Fulham backline over the past few seasons.

Ream has helped Fulham reach the Premier League in two of the past three seasons and is a veteran presence both on and off the field. The 32-year-old praised Robinson’s ability and how it can benefit him both domestically and internationally going forward.

“Both times we played him [Robinson] this year, our guys have come off the field saying, ‘What a player,'” Ream said in a conference call on Wednesday. “Obviously a move to Milan.. would have been huge, but things happen. Another American at the club, and someone who can attack out of that left fullback role, and that can only translate into his role with the National Team and being that attacking left fullback for the U.S.”

Fulham opens up the new Premier League season on Sept. 12th at Craven Cottage against London rivals Arsenal. For Robinson, he may not be starting the opening weekend of the season, but that could change pending his impact in training and whether or not Parker believes in him to start in his first EPL stint.

Robinson’s confidence remains sky high though in what will be a major season for him and his development as a professional.

“Defensively I am pretty solid, but it’s going to be a different test stepping up to the Premier League,” Robinson said. “There are better players, but I’m up for the challenge of making an impact here. It will only be a matter of time before I am catching on.”

“I want to play in as many Premier League games and win as many games possible for the club. In all it will help me become a better player and that is what I am aiming for.”