MLS is Back: Loons roll past Earthquakes, will face Orlando City in semifinals 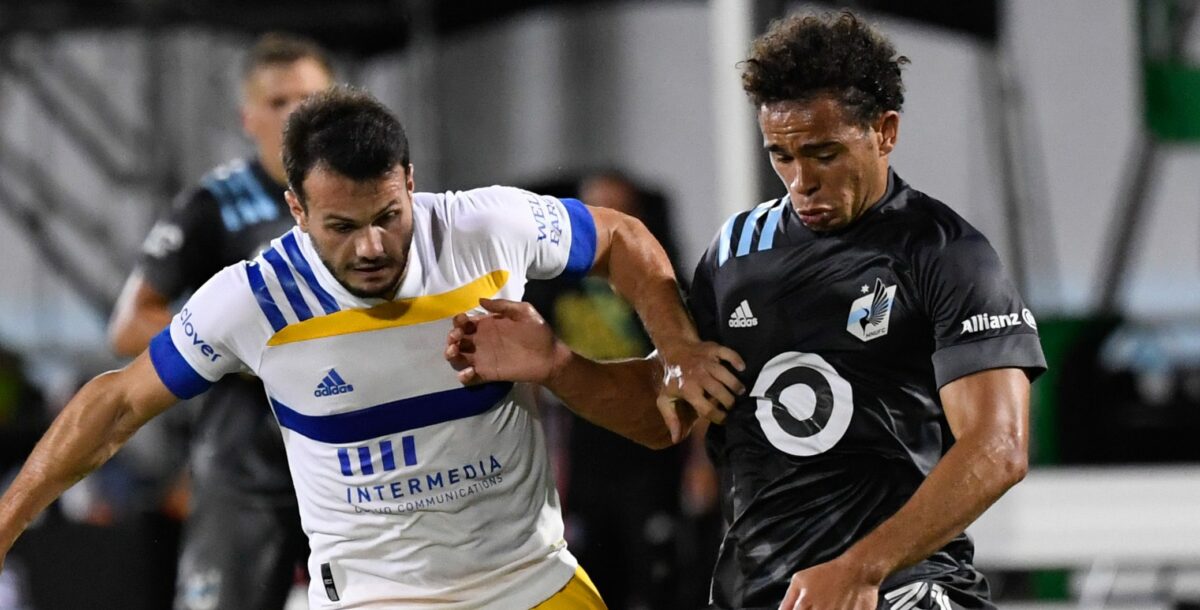 Minnesota United continued its impressive recent run of form, booking its place in the MLS is Back Tournament semifinals after a confident quarterfinals win.

The Loons used a pair of goals in each half to down the San Jose Earthquakes for a 4-1 victory. Robin Lod scored his second goal in as many matches for Adrian Heath’s side while Jacori Hayes, Marlon Hairston, and Luis Amarilla both got on the board. It was the Loons fourth-consecutive league win over the Quakes.

Daniel Vega was tested early and looked to have suffered an injury early in the first half. After sprawling out to deny a Michael Boxall shot, Vega laid on the ground clutching his lower back. He remained the match, but ultimately continued to be put under pressure by Minnesota United.

Robin Lod was the beneficiary of a good headed pass from Jose Aja after a set piece situation by the Loons. Hassani Dotson’s cross back into the box was headed towards the back post by Aja allowing Lod to poke home from close range for the opening goal.

Minnesota kept its foot on the gas and doubled its lead a minute later. Dotson’s long-range shot was saved by Vega, but Hayes pounced on the rebound for two-goal Loons advantage.

VAR gave Matias Almeyda’s side a lifeline early in the second half as Hayes was whistled for a handball. Magnus Eriksson slotted home the spot kick in the 49th minute, pulling San Jose to within one.

Luis Amarilla would re-extend Minnesota’s lead though in the 55th minute after a confident finish past Vega. The forward’s left-footed shot snuck under through the goalkeeper’s legs, make it 3-1 Minnesota.

San Jose continued to pressure to keep its tournament hopes alive, but ultimately had to settle for second best on the night. Marlon Hairston added an insurance goal in the 85th minute, tapping home a good cross from Hassani Dotson.

The Loons will face hosts Orlando City on Aug. 6th in the second semifinal next week. Adrian Heath will go up against his former employers,

Hassani Dotson: The Minnesota United right back was a force, locking down the right flank and playing a role in the buildup of three of Minnesota’s goals.

Amarilla’s goal: When it looked like San Jose would get back into the match, Minnesota put the final nail in the coffin thanks to their striker. The Paraguayan’s cool finish sealed the deal for the Loons and ultimately gave him needed confidence going forward.

Oswaldo Alanis: The centerback’s error led to the second goal for Minnesota United and overall he was pretty poor in defense. He lost three of four duels and disappointed as the leader of the Quakes backline.