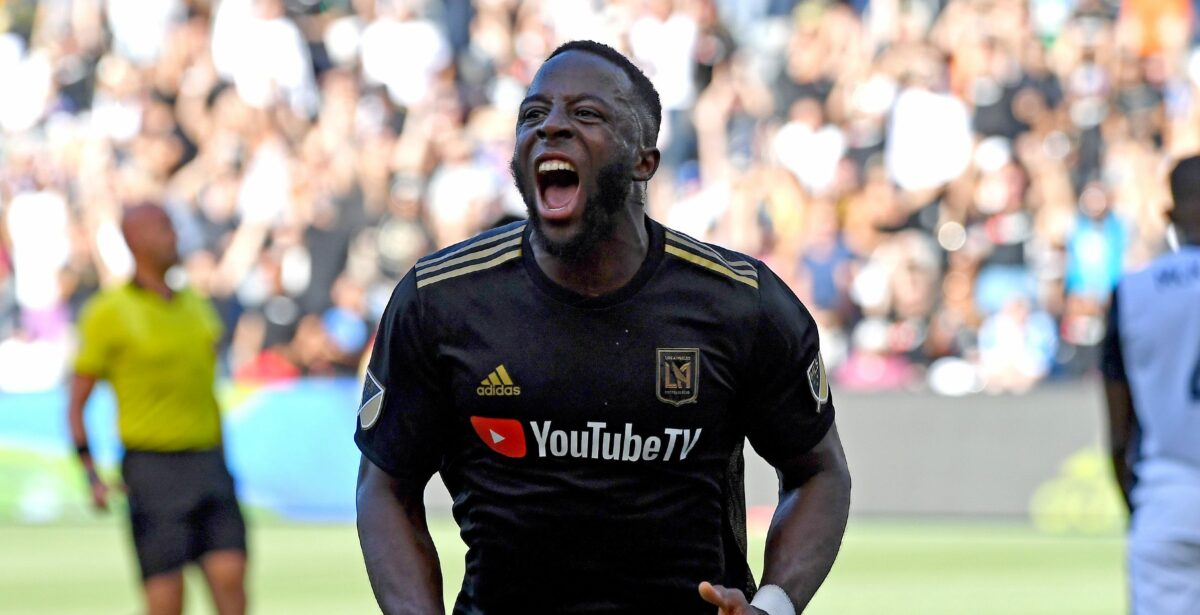 Diomande announced on social media Thursday that he would be leaving the club due to family reasons. LAFC later announced the news on Thursday evening after the two parties mutually agreed to part ways.

The 30-year-old Norwegian moved to LAFC in 2018 from English club Hull City and went on to score 12 goals in 18 games that season. Injuries and other issues have limited his production since, despite scoring 12 combined goals and adding five assists during the 2019 campaign.

He also missed the final month of the 2019 regular season after voluntarily entering the league’s substance abuse and behavioral health program. Diomande played only 16 minutes at the MLS is Back Tournament before leaving Orlando due to a foot injury suffered in preseason camp.

Diomande’s exit leaves Carlos Vela and Diego Rossi as the lead forwards for Bob Bradley’s side.

Impact transfer defender Binks to Serie A side Bologna

The Montreal Impact will see a young figure in its backline leave the club at the end of 2020.

Luis Binks has been transferred to Serie A side Bologna, but will remain with the Impact on loan until Dec. 31st, 2020. He will then move to Italy in January 2021, looking to jump right into Bologna’s first team squad.

“Thierry Henry and Olivier Renard believe in him. Acquiring him after arriving from Tottenham is a great addition,” Bologna FC and Montreal Impact global sporting director, Walter Sabatini said. “We had an opportunity to see his quality last winter during his first four games with the Impact and more recently in Florida, and we’re excited for him to join us. This transfer once again demonstrates the synergy between the two clubs and the new philosophy in place in Montreal.”

Binks, 18, joined the Impact in Feb. 2020, after arriving from English club Tottenham. Since joining the club, Binks started in eight combined matches for Thierry Henry’s side, featuring in Concacaf Champions League play as well as the MLS is Back Tournament.

Aug. 18th has been chosen as the start date for the Montreal Impact, Toronto FC and Vancouver Whitecaps, whom will play each other three times for a total of six games each in the first phase of the regular season restart.

The decision to have the Canadian teams face off against each other in this phase of the schedule was made as a result of the Canada-U.S. border being closed for non-essential travel until Aug. 21. Nashville SC and FC Dallas begin their schedule’s against one another on Wednesday and will also face off on Aug. 16th.

Here’s a schedule of the matches involving Canadian teams:

Alex Muyl is officially on his way to Nashville SC.

The Western Conference club acquired the midfielder in a trade with the New York Red Bulls on Thursday. In exchange, the Red Bulls received Nashville’s 2020 and 2021 international roster spots and will also receive an additional $50,000 in General Allocation Money in 2021, if Muyl meets certain performance-based metrics.

“Alex displays all the qualities we look for in a player as we continue to build the foundation of our club,” said Nashville SC General Manager Mike Jacobs. “He is a proven winner, industrious, and is an absolute nightmare to play against. His ability to create and finish scoring chances makes him a constant threat.”

Muyl signed a Homegrown contract with the Red Bulls in 2015 and since has played in five separate seasons. The 24-year-old has made 121 combined league appearances for the Eastern Conference club, scoring 12 goals and registering 19 assists.

He joins a Nashville SC side whom picked up its first MLS victory on Wednesday in a 1-0 result over FC Dallas.

Atlanta United made its eighth Homegrown signing in club history on Thursday.

16-year-old defender Efrain Morales signed a Homegrown contract with the club, which will become effective on Jan. 1st, 2021. Morales is also the first player to sign from Atlanta United Academy’s inaugural Under-12 team.

“We’re pleased to announce Efrain as our latest product to sign out of our Academy,” Vice President and Technical Director Carlos Bocanegra said. “Efrain has been with us since we started the program in 2016, and credit goes to the hard work of our entire Academy staff as Efrain has developed consistently, but still shows a lot of potential.”

“He’s a local kid who joined our academy at a young age, so he thoroughly understands the Atlanta United philosophy and has a strong understanding of how we want to play. We’re eager to see his continued development.”

Morales joined the Atlanta United Academy for its inaugural season in 2016-17 and since has worked his way up to the Under-17 team. He’s also worked his way through the U.S. Youth National Team ranks, featuring for the U.S. U-17’s in a Feb. 2020 camp.

With Adama Diomande set to leave the club, LAFC obtained the No. 1 spot in the MLS Waiver Order.

The club traded $50,000 in General Allocation Money (GAM) to the Vancouver Whitecaps on Wednesday in order to obtain the pick. Diomande scored 12 goals in all competitions for the Western Conference club in 2019, but his exit may force Bob Bradley to add to the roster.

LAFC returns to play on Aug. 22nd against rivals L.A. Galaxy while Vancouver faces Canadian rivals Toronto FC in a pair of games on Aug. 18th and Aug. 21st respectively.