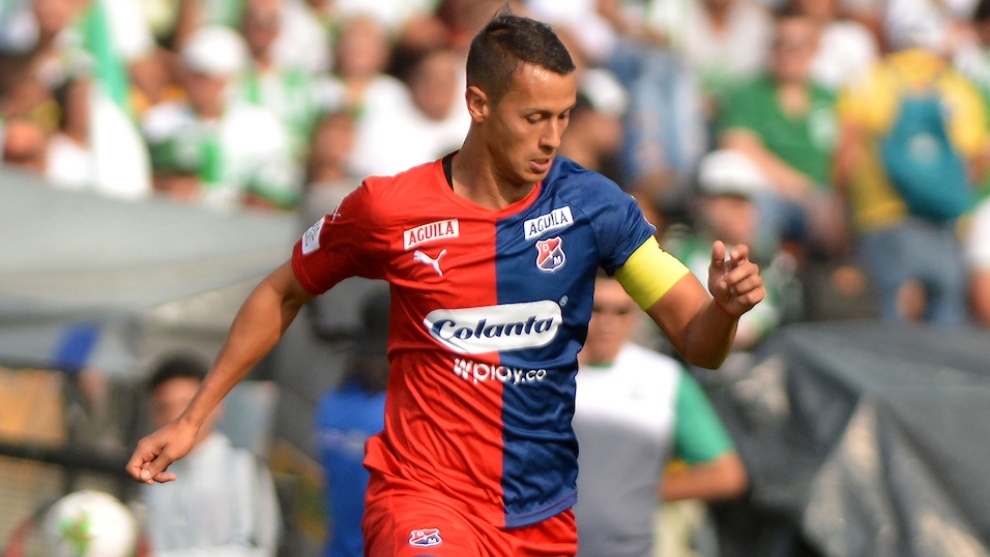 FC Dallas added a veteran midfielder to the mix with the 2020 regular season resuming play.

In addition, FC Dallas has the option to exercise a permanent transfer on Ricaurte’s contract in December 2021 following the duration of the loan.

The 28-year-old played in 98 games over the past two seasons for Medellin, scoring 12 goals and registering 23 assists. The attacking midfielder has also played for fellow Colombian sides Rionegro Águilas, CD Atlético Huila and Leones FC.

A pair of MLS veterans are on the move after a trade between D.C. United and the Columbus Crew.

D.C. United acquired defender Axel Sjöberg from the Crew in exchange for midfielder Emmanuel Boateng. Both players will add veteran experience to their new clubs ahead of the restart of the MLS regular season.

“We are excited to add some important depth at center back ahead of the continuation of the MLS season,” D.C. United General Manager and VP of Soccer Operations Dave Kasper said. “Axel is a physically imposing center back who was known for his consistency and steadiness during his time in Colorado and we’re looking forward to adding that experience and ability to our roster.”

Sjöberg joined the Crew in Dec. 2019 after spending the previous five seasons with the Colorado Rapids. However, he did not feature for the club this season after joining USL side San Antonio FC on loan in March.

Boateng is an three-year veteran in MLS, totaling 111 regular season appearances for the L.A. Galaxy and D.C. United. He also played three additional seasons in Sweden before making the move to MLS in 2016.

“Emmanuel is a veteran, dynamic player who brings eight years of professional experience to our Club, and we are excited to welcome him to Columbus,” Crew SC President and General Manager Tim Bezbatchenko said. “We believe Emmanuel’s speed on the flank and his familiarity with MLS makes him a valuable addition to our roster. We also want to thank Axel for his time with Crew SC, and we wish him the best in the next chapter of his career.”

Inbeom Hwang is on his way out of MLS.

The Vancouver Whitecaps reached an agreement on Friday to transfer midfielder Inbeom Hwang to Russian Premier League club Rubin Kazan. Vancouver will retain a percentage of any future transfer fees, should Rubin Kazan transfer Hwang in the future.

“Inbeom came to us and expressed his wish to continue with his goal of playing in Europe,” said Axel Schuster, CEO and sporting director of Whitecaps FC. “We worked closely with Inbeom and his representatives to find a solution that would benefit our club.”

“All parties have agreed that this is the best path and we wish Inbeom every success as he takes the next step to pursue his dream. We will continue to follow the markets and are in a position to be able to act if we see the right opportunity and right profile that would improve the quality of our group.”

Hwang will work with former Russian National Team manager Leonid Slutsky, whom was recently appointed head coach of the club.

The Columbus Crew bolstered its defensive options on Friday after a trade with Inter Miami.

Grant Lillard joined the Crew, which saw Inter Miami receive a third round pick in the 2021 MLS SuperDraft. The 24-year-old joined Miami in the 2019 offseason after playing previously for the Chicago Fire.

“Grant is a promising, young defender who brings MLS experience to our defensive corps,” Crew SC President and General Manager Tim Bezbatchenko said. “His addition will help strengthen our roster depth as we continue to build a team that can compete for championships. We are happy to welcome Grant to Columbus and look forward to working with him to continue his development as our season resumes on August 20.”

A former Homegrown signing with the Fire, Lillard made 12 regular season appearances for the club. Lillard did not feature for Inter Miami this season and will hope for playing time in Columbus under Caleb Porter.

Minnesota United has loaned out defender Brent Kallman to the USL.

Kallman has been loaned to USL Championship side El Paso Locomotive for the remainder of the 2020 season. Minnesota United has the right to recall Kallman at any time throughout the duration of his loan.

The 29-year-old defender has spent his entire professional career with the Loons since first joining the club in 2013.

Woodbury native Kallman has spent his entire professional career with Minnesota since first joining the club in 2013. Throughout four MLS seasons with the Loons, Kallman has played in 63 games, registering two goals and adding one assist.

El Paso is 2-2-2 in USL play this season, sitting second in Group C of the Western Conference standings.