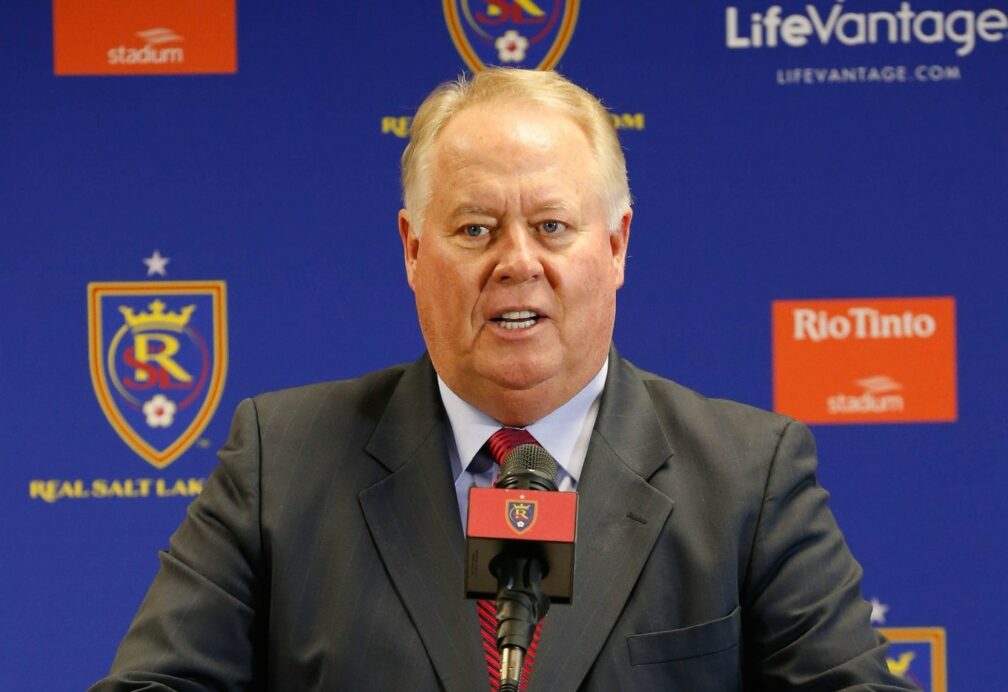 Real Salt Lake owner Dell Loy Hansen has been in the media over the last few days for his critical comments aimed at MLS players and now looks to be on the verge of leaving his position.

Hansen announced Sunday in a statement that he has begun plans to sell Utah Soccer Holdings, which owns the MLS side, NWSL club Utah Royals SC, and USL affiliate Real Monarchs. MLS also released a statement saying they will work with Hansen for the sale of the club as well as RSL for the daily operations.

Hansen hit out at MLS players for their decision to protest matches last Wednesday, which led to the postponement of five of the six matches scheduled.

The protests were part of growing movement across the sports world, which saw the NBA and NHL both postpone playoff games, as well as Major League Baseball postpone games as players joined together to protest racial injustice after police in Kenosha, Wisconsin shot Jacob Blake.

That movement included RSL’s scheduled match with LAFC, a match that was set to be played with fans in attendance. The decision by players not to play enraged Hansen, who went on a rant on Thursday criticizing the protest, and even mentioning the possible cutting of jobs within the club.

“We will not be inviting fans back to the stadium in the future, so tomorrow … I start cutting 40 to 50 jobs again,” Hansen said. “We would not go through the risk of inviting people back to have that kind of an outcome.”

“It’s taken a lot of wind out of my sails, what effort I want to put into recruiting players and building a great team. It just seems that’s not a very good path to take.”

Many teams have voiced its support for the protest, with teams continuing to wear “Black Lives Matter” shirts in warmups and several stadiums having banners hung with the saying on it.

RSL is coming off a thrilling 4-4 draw with the Portland Timbers on Saturday, its first match since last weekend.