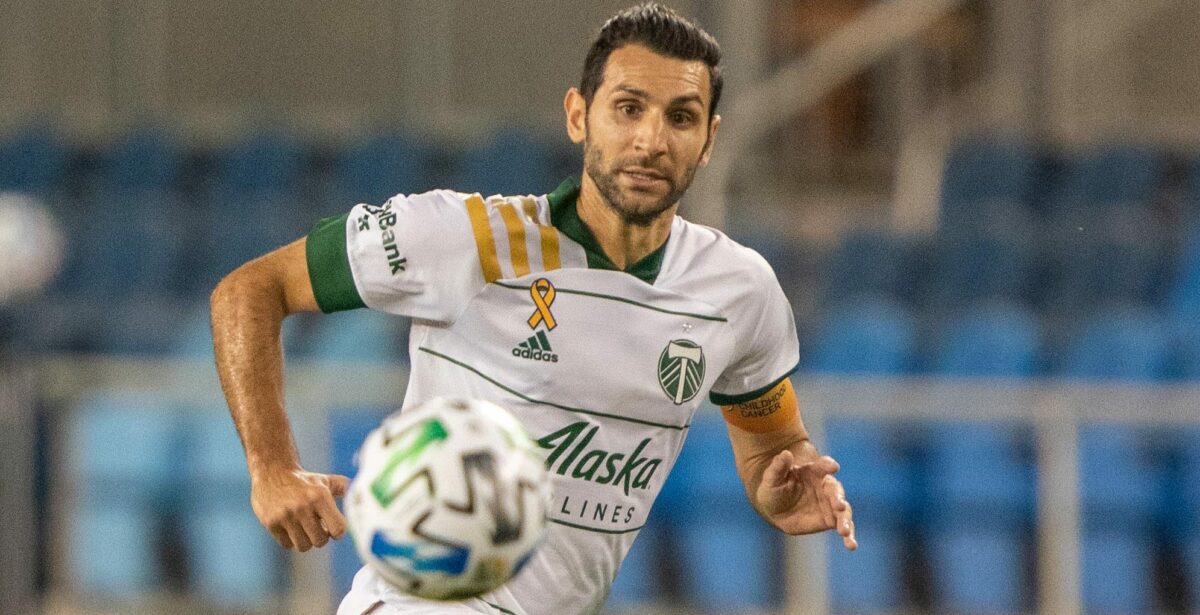 The Portland Timbers picked up an important road victory on Saturday over the slumping San Jose Earthquakes with Diego Valeri the shining star in Giovanni Savarese’s squad.

Valeri scored two goals and added one assist in a 6-1 romp at Avaya Stadium, remaining well in the race for the top spot in the Western Conference. With fellow Argentine Sebastian Blanco ruled out for the remainder of the season, Valeri has continued to step up for the Timbers, who currently sit fifth in the West, three points from leaders and rivals Seattle.

FC Dallas continued its good run of form over the weekend as well, earning its third-consecutive win in league play. A 3-2 road win over Sporting KC moved Dallas to third in the West, two points back of the Sounders for the top spot. Franco Jara scored twice in an impressive win at Children’s Mercy Park.

Who were the best performers in MLS this week? Here’s a look at SBI’s picks for the league’s best over the weekend.

Diego Valeri put in a strong shift in Portland’s lopsided victory in San Jose, helping the Timbers rebound from a disappointing 1-1 draw vs. the Quakes four days prior. Valeri has scored seven goals and added five assists in all competitions this season and will need to be just as influential if Portland wants to finish strong in the West table.

Valeri was also named the Player of the Week by MLS on Monday after his latest gem.

FC Cincinnati, Vancouver Whitecaps, and the Colorado Rapids were all in consideration for the weekend’s honors after picking up three points of their own.

FC Dallas midfielder Tanner Tessmann continued racking up minutes for the Western Conference club in a 3-2 win over SKC. Tessmann played the full 90 minutes alongside Thiago Santos and was one of two rookies to go the distance this weekend. Tessmann, 18, won four of seven duels and also successfully completed three dribbles while also making two interceptions.

FC Cincinnati has found it tough to earn victories this season, but Haris Medunjanin did all he could on Saturday night to earn a huge win at Red Bull Arena. The Bosnian midfielder’s stunner in the 85th minute from a corner kick handed FC Cincy a 1-0 win over the hosts and only their third win this season.