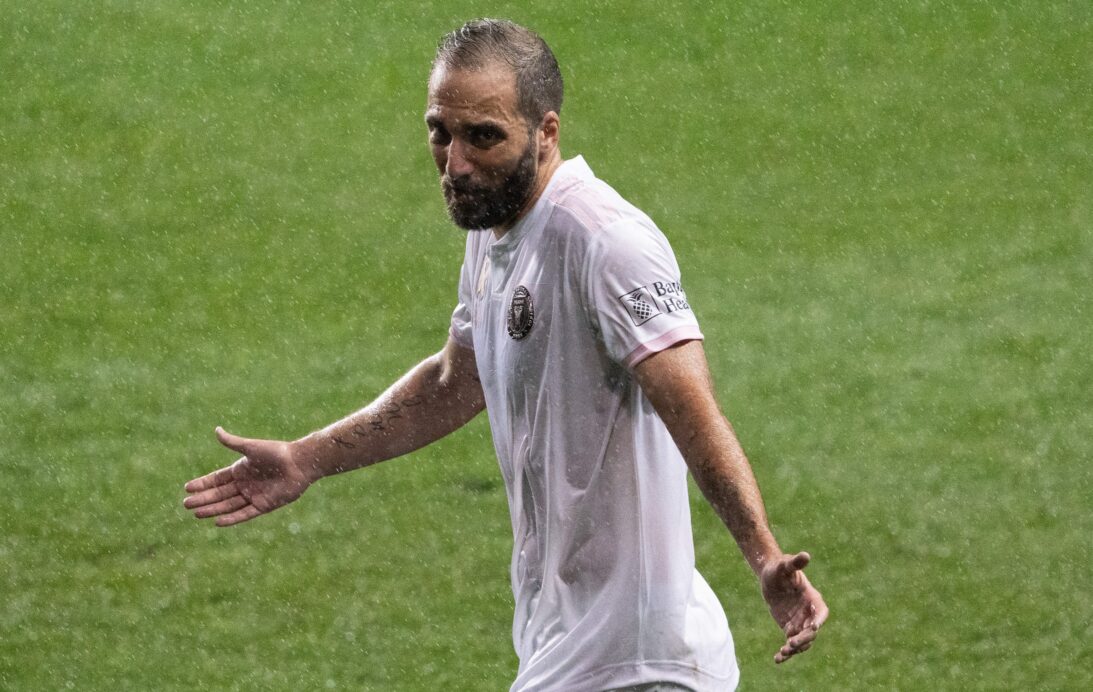 If there was one moment that summed up Inter Miami’s Saturday night, it was probably Gonzalo Higuain’s poorly-taken penalty.

Inter Miami suffered a 3-0 loss to the Philadelphia Union at a rainy Subaru Park in Chester, Pennsylvania, and one play that underscored the lopsided defeat was Higuain’s failed spot kick in the second half.

The star striker that was making his MLS debut had a golden chance to bring Inter Miami back into the game when it was 2-0 in the 77th minute, but he sent his shot from 12 yards out off the mark and into the stands.

“Anyone can err on a penalty kick,” said head coach Diego Alonso in Spanish. “It could be him. It could be someone else. We have no complaints with regards to that.”

“Goals are the most important tactical change in soccer, without a doubt,” said Alonso. “Goals, be it for or against, affect both the psychological and tactical aspects. We had a chance to score, and not doing so affected us in the score and in the run of the game as well.”

On the whole, though, there was not an overabundance of positives for Inter Miami in its first goal-less display in five matches. The team trailed 25 minutes in after a poor turnover from midfielder Victor Ulloa came back the other way, and was down by two after some nice passing from the Union unlocked Inter Miami’s defense in the 69th.

One plus was that the expansion side created some scoring chances in the affair, but Inter Miami failed to put them away in yet the latest display of subpar finishing this season. Making matters even worse: Juan Agudelo (hamstring) and Andres Reyes (head) left the game with injuries.

Higuain will likely feel that way after the frustrating penalty miss that led to a brief skirmish with Union players, but he showed some of his quality in his first start and match for Inter Miami.

The Argentine was quickly involved in a couple of opportunities from the run of play, first creating a shot that sizzled over the crossbar after he cut by a defender in the 13th minute and then hitting an overhead kick that nicked the outside part of the far post seven minutes later.

The 32-year-old center forward faded a bit as proceedings wore on, but he went the distance all the same in his first club appearance since Aug. 7.

“What he showed was that he is in good shape,” said Alonso. “Obviously, he is in need of playing games. He has not played in some time so the more games he plays, the better he will feel surely. He had a lot of desire to play.”

For both Higuain and Inter Miami, there is plenty to correct after this one. The team remains in 13th place in the Eastern Conference, but has now fallen four points behind the final playoff spot.

Getting above that will require better performances and better finishing, too.

“Unfortunately, we didn’t have good fortune,” said Alonso. “We have to keep insisting and keep looking until we can become more clinical.”