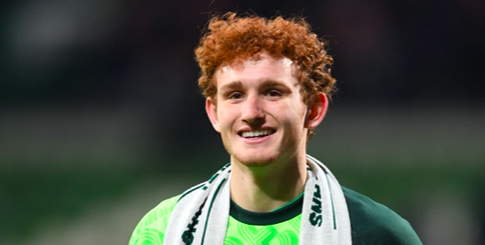 Werder Bremen booked its place in the German Cup second round as Josh Sargent kicked off his season in strong fashion.

Sargent scored the opening goal as Bremen edged Carl Zeiss Jena 2-0 in its opening match of its domestic schedule. It was Sargent’s first goal of the new season after a strong preseason camp for the Bundesliga side.

After Bremen was kept out in the opening half, Sargent broke the deadlock in the 49th minute. Ludwig Augustinsson’s cross from the left wing was headed home by Sargent for the eventual game-winning goal at Ernst-Abbe Sportfeld.

Manchester United loanee Tahith Chong would pad the final score at 2-0 in the 89th minute with his first goal for the club.

As for Sargent, he was substitute in the 89th minute after putting in a strong shift to open his season. The U.S. Men’s National Team striker also completed 85% of his passes and won seven of 11 combined duels from his forward position.

Sargent played an important role for Bremen last season, scoring four goals in all competitions and helping the Bundesliga club avoid relegation for a first time in club history. He is one of many young players looking to earn consistent minutes in Florian Kohfeldt’s side.