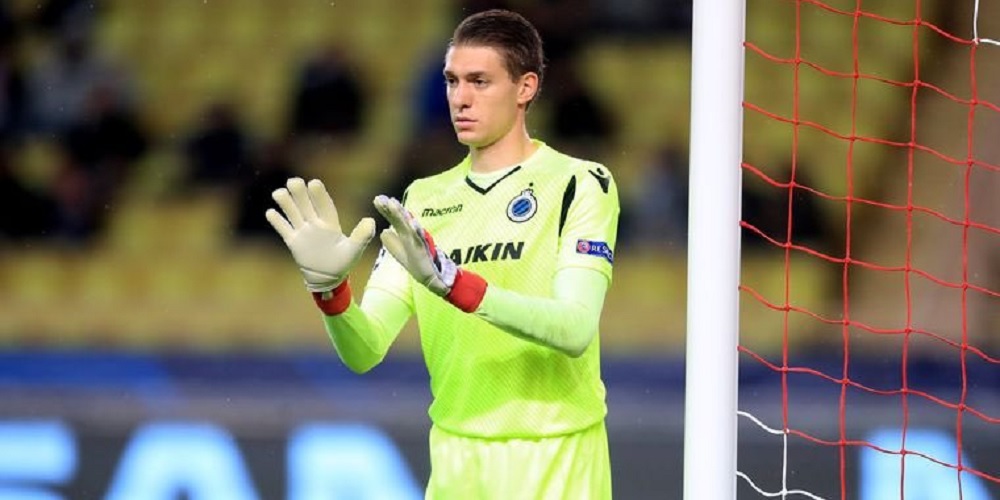 Ethan Horvath might have been a spectator at Club Brugge for most of the last 13 months, but the American made sure to deliver a top notch performance when his team needed it most on Tuesday evening.

Horvath made his first start for the Belgian club since August 2019, filling in for Simon Mignolet in a UEFA Champions League group stage opener at Zenit St. Petersburg. With Mignolet currently quarantining due to contracting COVID-19, Horvath got the thumbs up from manager Philippe Clement and contributed in a 2-1 victory over the Russian Premier League side.

After watching and waiting for over one year, Horvath reflected on the win postmatch along with his manager’s confidence in him.

“It was bit of a whirlwind situation,” Horvath said Wednesday during the Champions League preview show on CBS Sports.

“He [Clement] knows how hard I’ve been working for this moment. It’s not easy. Only one goalkeeper can play, and he just knows all of the hard work I’ve always put in and what I show in the trainings. He has the trust and belief in you. [He said] ‘you show it every day in the training, and this isn’t my first Champions League game and that I’ve been here before and just to go out and enjoy it.”

After seeing his team take a lead through Emmanuel Dennis’ finish, Horvath conceded his first goal in four UCL appearances for the club. Dejan Lovren’s 30-yard strike hit the post before caroming into the net off Horvath’s back. Still, Horvath stayed focused and came up with a point-blank save just minutes later.

He denied Artem Dzyuba in the 79th minute from close range before denying Wendel’s attempt just before stoppage time. Brugge secured the victory in stoppage time thanks to Charles De Ketelaere’s finish, giving them an opening day win in Group F.

After the final whistle, Horvath dropped to the ground before being consoled by his teammates with tears in his eyes. It was Horvath’s second victory in the competition and an example of the hard work he has continued to put in behind the scenes with the Belgian giants.

Intense emotions after the game… We're proud of you, Ethan! 💙🖤 #ZenClu #UCL pic.twitter.com/vyHciHrvCF

“I think everybody was just so happy for me,” Horvath said. “Everybody knows that all of the hard work I’ve put in. I’m always there for the team if guys want to do extra shooting, extra whatever. This is a team sport and I want the team to succeed, I want us to succeed and win the league and win trophies.”

“With not playing in such a long time and then last night, being able to contribute in the way that I did, I couldn’t have been prouder of myself and my teammates.”

Not only did Horvath celebrate the victory with his teammates, he also received congratulation texts from several friends and family. One of those texts came from USMNT teammate Christian Pulisic, who played 89 minutes in a 0-0 draw with Sevilla later that night. Horvath credited Pulisic for his friendship and impact that he’s had on his career to date despite never playing together in the same European country.

“Pulisic’s message was that ‘he saw everything and just how proud he was and happy he was for me,’ Horvath said.

“That means the world to me because we’re very close. With everything that’s been going on behind the scenes and whatnot, he’s helped me a lot. He just reminded me that I had done this before and there’s nothing to be nervous or nothing to be afraid of because I’ve shown what I’m capable [of] and what I can do.”

With Mignolet likely to miss this weekend’s league date with OH Leuven, Horvath will have another chance to impress in goal for Brugge. Following that, Brugge will host Lazio on Oct. 28th in UCL play before also welcoming Borussia Dortmund to town on Nov. 11th.

It is undecided on whether or not Horvath will be in net next week as Brugge aims for a second-straight win in European play, but all he can do is be ready to go if called upon.

“First things first,” Horvath said. “On the weekend, we have a league game, so we’ll put our focus on that. Moving forward in the Champions League I have to say the fantastic thing about this group and the coach as well, we kind of put this mindset as ‘Okay, everybody doesn’t think of Brugge as a big team, but we put it on ourselves we have five more games.”