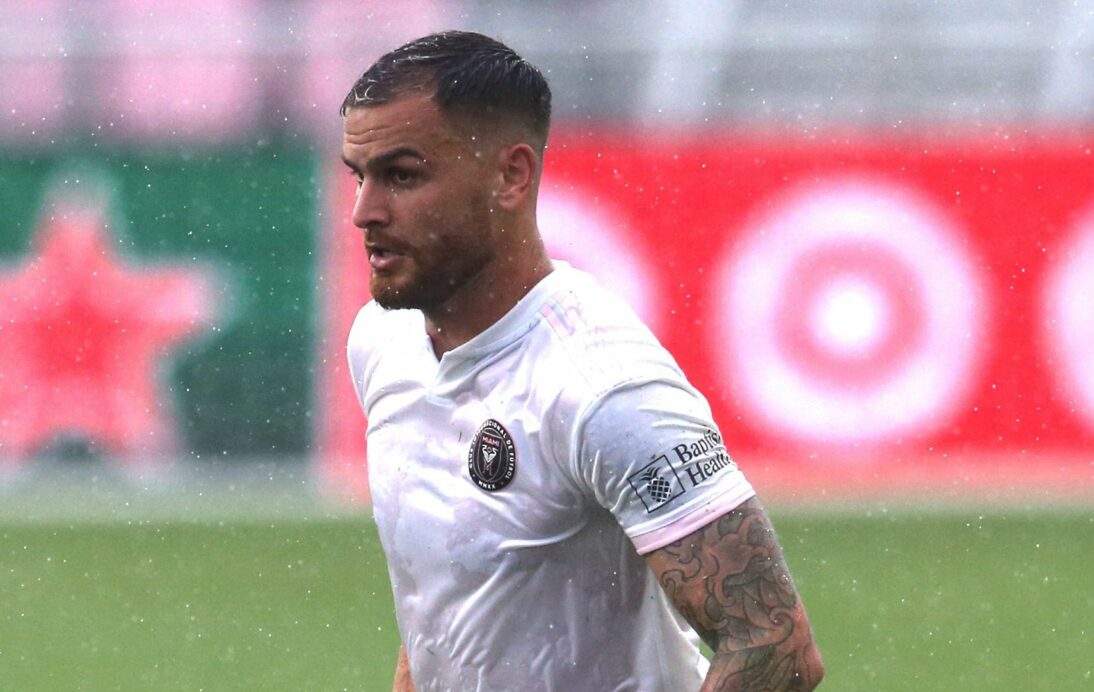 Inter Miami entered this week having given up 10 goals in its previous three matches, but things have changed for the better for the expansion side due in large part to a timely change in formation.

Inter Miami posted its first cleansheet in eight matches and grabbed three sorely-needed points in a 1-0 home victory vs. the Houston Dynamo on Saturday evening. The narrow triumph marked the first time that the South Florida team won back-to-back games, and moved Inter Miami to within a point of a postseason spot.

The overall performance from Inter Miami was solid, but the defense once again showed significant improvement playing in a five-man back line for the second straight match. The Dynamo are, of course, far from a top club in MLS right now, but nonetheless Inter Miami looked better than it had when using a four-player defense just prior to this unprecedented winning streak.

“I think (the formation change) just gives everyone in the back line some more confidence knowing that if they do make a mistake we’ve got four other guys behind the ball ready to make up for it,” said Dylan Nealis, who played on the far right of the defense. “Knowing that there’s an extra guy behind you rather than a back line of four, it makes a huge difference. We’re flying with this formation.”

Playing with three centerbacks and two wingbacks on Saturday allowed Inter Miami to limit the space the Dynamo could play through, including on the break. Inter Miami finished the weather-delayed match conceding just two shots on target, the lowest amount since a 2-1 win vs. Atlanta United on Sept. 19.

Leading the way at the back was central defender Leandro Gonzalez Pirez, who returned to the lineup after sitting out this past Wednesday’s 2-1 triumph over the New York Red Bulls due to yellow card accumulation. Gonzalez Pirez had 11 interventions in the game, and drew the decisive 57th-minute penalty as well.

While Gonzalez Pirez and the rest of back line played well and avoided the type of mistakes that have proven costly as of late for Inter Miami, head coach Diego Alonso did not commit to sticking to the five-man defensive line after the match.

“For me, formations are secondary or tertiary, but it does often help the players to have a different reference point,” said Alonso in Spanish. “We understood that it fit perfectly for the game against the Red Bulls, and that it could fit for this match if we made certain movements and tracked back.

“We decided to repeat playing in it since we gained confidence in it last game. It may continue to be a possibility for the future or something we modify, but the good thing is that we can do it two different ways at the back that give us security.”

Alonso is probably taking into account the looming return of regular starter Andres Reyes, and how all the pieces will best fit once the young centerback recovers from his facial injury.

Reyes’ speed can put out fires in the defensive third, which may make it unnecessary to go with a five-man back line. After all, if Reyes can help cover so much ground then you Inter Miami may best be suited to free up a positional spot and use it in a more advanced part of the field.

Nonetheless, playing with five in defense will remain a card that Inter Miami holds onto. The team has shown it can get the job done in that tactical setup, and it has a first-ever winning streak to prove it.

“I think it has helped us,” said Alonso. “It has allowed us at times to press high and in others to not, but I’m truly happy with how the players did and interpreted it.”