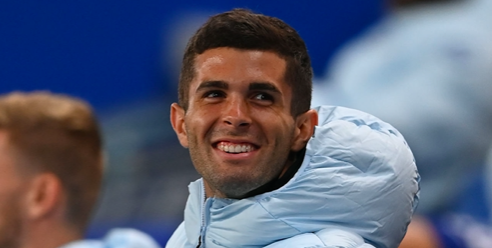 Christian Pulisic had big expectations when he signed with English Premier League side Chelsea, but the American lived up to them in his first season as he played a vital role in the Blues top four finish.

Now Pulisic is in his second season in Frank Lampard’s squad and is coming off his first goalscoring appearance in the UEFA Champions League of the new campaign. Lampard got to watch Pulisic develop nicely in his first season at Stamford Bridge while also finishing with 10 goals and seven assists across all competitions.

Despite previous remarks from Red Bull Salzburg manager and former U.S. Men’s National Team player Jesse Marsch that Lampard did not rate Pulisic right off the bat, the former England and Chelsea legend responded to those comments in full confidence for his player.

“I played in America for 18 months and I would never underestimate the desire that American players have to learn and improve and take on information and understand the technical side of the game,” Lampard said in a press conference Thursday. “When you have that, which Christian has, along with incredible talent, it was never in doubt for me.”

“It’s clearly the toughest league in the world to come and play in at a young age from a different league. Some of the greatest players in Premier League history have felt that.”

Pulisic put together his best professional season yet in 2019-20, playing in every competition possible for the Blues. Despite some injury bumps along the way, the 21-year-old became the second American to score a hat trick in Premier League play and the first to score in an FA Cup Final.

The USMNT star missed the early parts of the new season through injury, but since has jumped right back into the fold in Lampard’s squad. He made an immediate impact off the bench in Wednesday’s 4-0 win over Russian club Krasnodar by winning one penalty kick, setting up a break for another Chelsea goal, and scoring his first of the season in stoppage time.

Lampard has been able to see Pulisic up front for over one year now and admits he never doubted the American’s ability after what he achieved at Dortmund.

“What Christian did was find his feet very quickly and have a breakthrough season where he produced more goals and assists than he has done before so I thought his performance last season was massively impressive and he will keep getting better and I never doubted it in the first place,” Lampard said. “As a manager, I never doubted him and it’s important for me to put that straight.”

Pulisic now faces competition in the Chelsea attack with Timo Werner, Kai Havertz, and Ziyech all arriving from other European clubs this summer. Callum Hudson-Odoi, Olivier Giroud, and Tammy Abraham all remain key parts of the club as well, with Chelsea fighting for titles in both the Premier League and Champions League.

Chelsea now visits Burnley on Saturday at Turf Moor, the same venue where Pulisic bagged his hat trick last season. With the American coming off a good cameo off the bench in midweek, he could get the starting nod as Chelsea tries to rebound from back-to-back league draws.