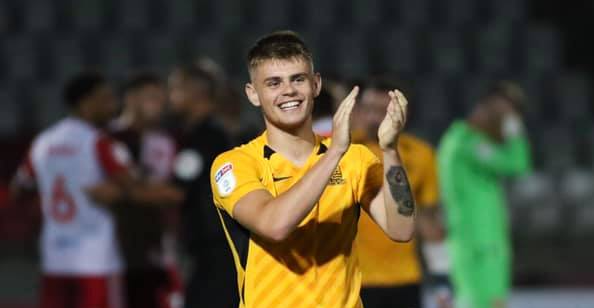 EFL Championship side QPR finally has its man after constant negotiations with Southend United.

Charlie Kelman was acquired by the London club on Wednesday, signing a three-year deal from the League One side. Southend United previously rejected two offers from QPR for Kelman, but eventually allowed the 18-year-old to move on from the club.

“We’ve tracked Charlie’s progress and we feel we can bring him to where he needs to be,” QPR director of football Les Ferdinand said. “He is a goalscorer and, at just 18, has scored goals in league football already, which alerted us.”

“Initially, Charlie will be with the Under-23’s, but we want him to push Lyndon Dykes and Macauley Bonne. He’s tasted a lot of men’s football already, so he understands the game – we just need to polish him up. Hopefully he can make the grade sooner rather than later.”

After coming through the ranks at Southend United, Kelman was given the early opportunity with the first team in England. After registering one league goal in 10 appearances in 2018-19′, Kelman finished last season tied for the team lead with five goals in 18 appearances.

The U.S. Under-20 Men’s National Team player did not feature in Southend United’s last three matches due to links to QPR. With the move completed, Kelman can now begin his new chapter in the EFL Championship.

“It’s exciting to be able to join a great club like QPR who also develop players,” Kelman said. “I’ve got a lot still to prove, but I’m excited to do that – coming in and playing with and against better players will only help me.”

Kelman will start with QPR’s Under-23 side, which faces Crewe Alexandria next on Oct. 21st. He will eventually hope to feature next to fellow American Geoff Cameron in QPR’s first team.