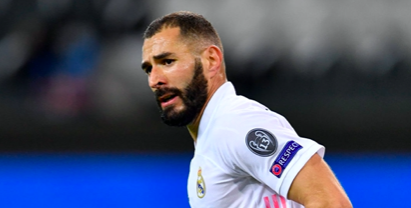 Real Madrid was staring a second-consecutive defeat in the face before fighting back late to earn its first point of the new UEFA Champions League tournament.

Marcus Thuram gave Borussia Monchengladbach a 2-0 advantage at home, but goals from Karim Benzema and Casemiro helped Los Blancos fight back for a 2-2 draw away from home.

Thuram opened the scoring in the 33rd minute after Alassane Plea’s cross allowed the French striker to one time a shot past Thibaut Courtois. The Frenchman would add to his tally in the 58th minute after Plea’s effort was saved by Courtois, but Thuram was on the spot to tap into an empty goal.

Karim Benzema pulled a goal back in the 87th minute as the Frenchman rifled an overhead shot past Yann Sommer. Casemiro’s finish from inside of the box in stoppage time was enough for Los Blancos to earn a point from Borussia Park despite a sloppy showing up to that point.

Liverpool made it back-to-back Champions League wins after fighting off Danish side Midtjylland 2-0 at Anfield.

After being held out for the opening 45 minutes, Diego Jota scored his third goal on Merseyside after a great connection from Trent Alexander-Arnold and Xherdan Shaqiri. Alexander-Arnold’s cross to a wide open Jota was slotted home by the Portuguese forward for a 1-0 Liverpool lead.

Midtjylland only had one shot on goal in the match, but kept Liverpool honest on several occasions. However, the Reds would ice the shutout victory after Mohamed Salah scored from the penalty spot in stoppage time.

The Egyptian international was bundled over and made sure to put an exclamation point on the result for the Reds.

Atletico Madrid left it late at the Wando Metropolitano on Tuesday as Diego Simeone’s men earned a 3-2 victory over Jesse Marsch’s Red Bull Salzburg side.

Marcos Llorente broke the deadlock in the 27th minute, rifling a shot into the bottom corner. However, Salzburg would hit back before halftime as Dominik Szoboszlai’s curling effort left Jan Oblak speechless and tied things up from Madrid.

Mergim Berisha set up the opening goal for Salzburg and gave his side a 2-1 lead early in the second half. Andreas Ulmer set up the Kosovo man, who made no mistake to put the visitors ahead.

After having good chances in the first half, Joao Felix made the most of his efforts after halftime. Felix tied things up in the 52nd minute before winning the match for Atletico in the 85th minute off similar efforts.

Atletico moves to second in the group while Salzburg sits in third after suffering its first loss of the new tournament.