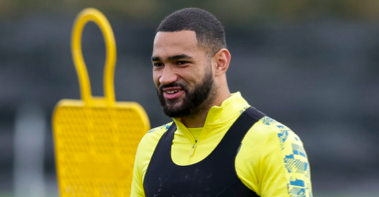 Cameron Carter-Vickers was set to make his AFC Bournemouth debut following the international break, but the American defender’s return will have to wait after suffering an ankle injury.

After not dressing in Saturday’s 4-2 win over Reading, Cherries manager Jason Tindall confirmed an ankle injury for the Tottenham loanee, saying he will be sidelined for “a few weeks”. Carter-Vickers joined earlier this season from Tottenham, but has not debuted yet for the EFL Championship favorites.

“Unfortunately Cameron rolled his ankle in the week,” Tindall said post match to the Daily Echo.

“Unfortunately, especially when there’s now nine subs and he would’ve been involved, he picked up an injury where he rolled his ankle and I think he will out for a few weeks.”

Carter-Vickers’ arrival added needed depth to Bournemouth’s backline and also gave them an experienced defender in the Championship. The 22-year-old has been loaned five times to England’s second tier in his career, most recently helping Luton Town avoid relegation in the 2019-20 season.

Tindall was impressed by the U.S. Men’s National Team defender’s training sessions in late October, but will now have to wait to call on Carter-Vickers this season.

“I have been really pleased with Cam since he’s been at the football club,” Tindall said before the international break. “With any new player that comes here I think it’s important they understand what’s expected of them in their position.”

“They know what we expect from the team’s point of view and there’s certain things they have to do to make sure that when they come in, they come in and make a difference and they are ready.”

Bournemouth is currently in second place in the Championship following Saturday’s victory, one point behind league-leading Watford.