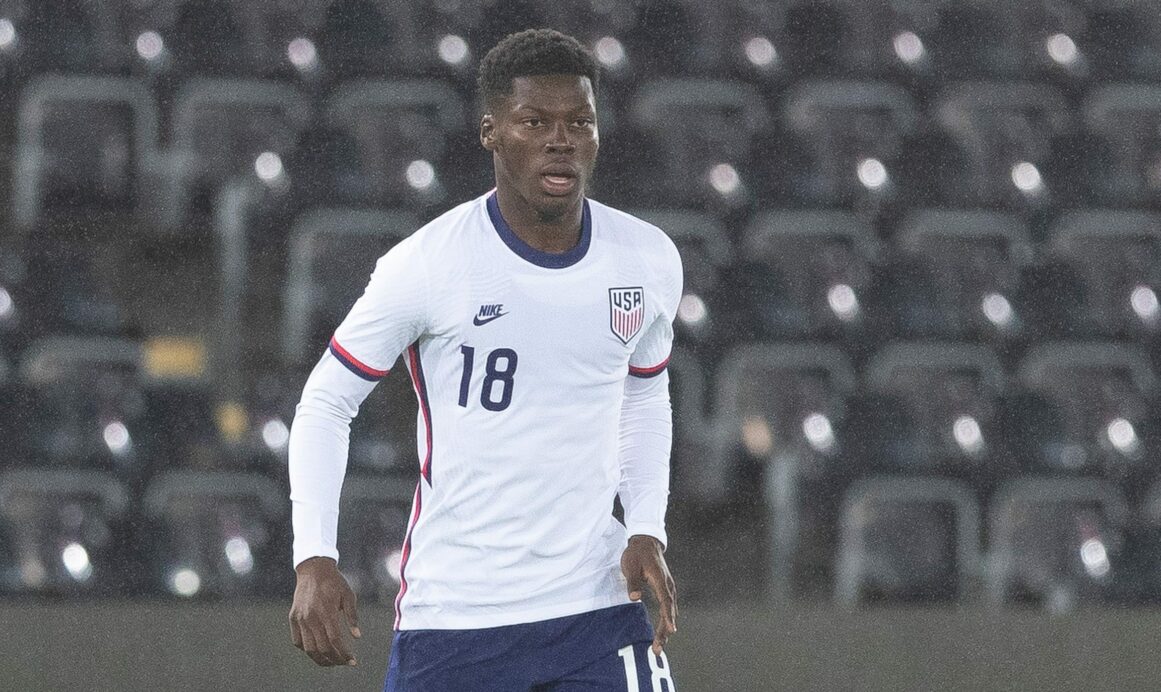 A total of six players made their U.S. Men’s National Team debuts on Thursday against Wales, and while Gio Reyna’s was the most highly-anticipated, the most impressive debut was delivered by Yunus Musah.

The 17-year-old Valencia midfielder looked right at home in the heart of the USMNT midfield, showing off the power, quickness and ball control that had Gregg Berhalter speaking so highly of him as a central midfield prospect

“(Yunus) showed real moments of quality on the ball,” Berhalter said after Thursday’s match. “Real composure for a 17-year-old getting the ball on a bouncy field a little bit, under pressure he’s able to deal with it and move out of it. I think maybe lacking a little bit of the final final movements, final ball, that we know he can do, but overall worked really hard and hung in there.”

Musah was the last player to arrive in USMNT camp after playing in Valencia’s win over Real Madrid last week, but his limited time with the team didn’t stop him from looking comfortable playing alongside Weston McKennie and Tyler Adams in central midfield, forming a trio that dominated the middle of the field against Wales.

“I think that he offers something on the field that not everyone can offer,” Adams said of Musah. “He’s a physical player, he’s quick, he can beat players on the dribble, very dynamic, and he was dangerous today.

“You could see what the limited opportunities that he had, that he was always willing to play the ball forward, turn and be aggressive.”

“It felt like we’ve been playing together for more than one game and also props to Yunus for coming in and showing the confidence that he had,” McKennie said. “It’s always different. Many people think that since you come from a big club that when you come into the National Team you can get away with the same things but it’s a different type of football, maybe they demand something different than what club football demands, so for him to come in and perform how we did it was a good start.”

The McKennie-Musah tandem in the dual 10 roles in Berhalter system was a much different combination than past pairing during Berhalter’s tenure as USMNT coach. The team had never fielded as dynamic and athletically-imposing a tandem in those roles before, and they combined with Adams to form a swarming trio of players capable of winning balls all over the field, while also providing the ability to spark quick counterattacks.

“When you see those three guys in midfield, I mean it’s amazing how much ground they can cover, how dynamic they are,” Berhalter said.

Whether or not that trio becomes a long-term option for Berhalter will depend largely on whether Musah chooses to commit to playing for the United States. Born in New York, but raised in Italy for nine years before moving to England, Musah is eligible for multiple national teams and Thursday’s USMNT debut did not cap-tie him.

Musah most recently represented England on the youth national team level, and his recent success with Valencia has boosted his profile to the point that England manager Gareth Southgate has had to address the possibility of losing Musah to the United States.

“It sounds as though he’s going to meet with America this time and experience that,” England manager Gareth Southgate said last week. “That doesn’t rule him out of being with us moving forward. So, we’ve just got to make sure that the boy and the family know that we think he’s a good player, that he’s on a good trajectory. We’re monitoring him. He’s been with us in the last couple of months and we’d very much like his future to be with us.”

Berhalter and the USMNT feel the same way, and as things stands, the U.S. program is benefiting from the opportunity to showcase its program to Musah, who is familiarizing himself with the young talents in the U.S. program who he could be teammates with for the next decade.

The 17-year-old still has plenty of time to make a final decision, but it only took him one game with the USMNT to show why Berhalter sought him out in the first place, and why he could be a game-changing addition if he ultimately decides to commit to playing for the United States.