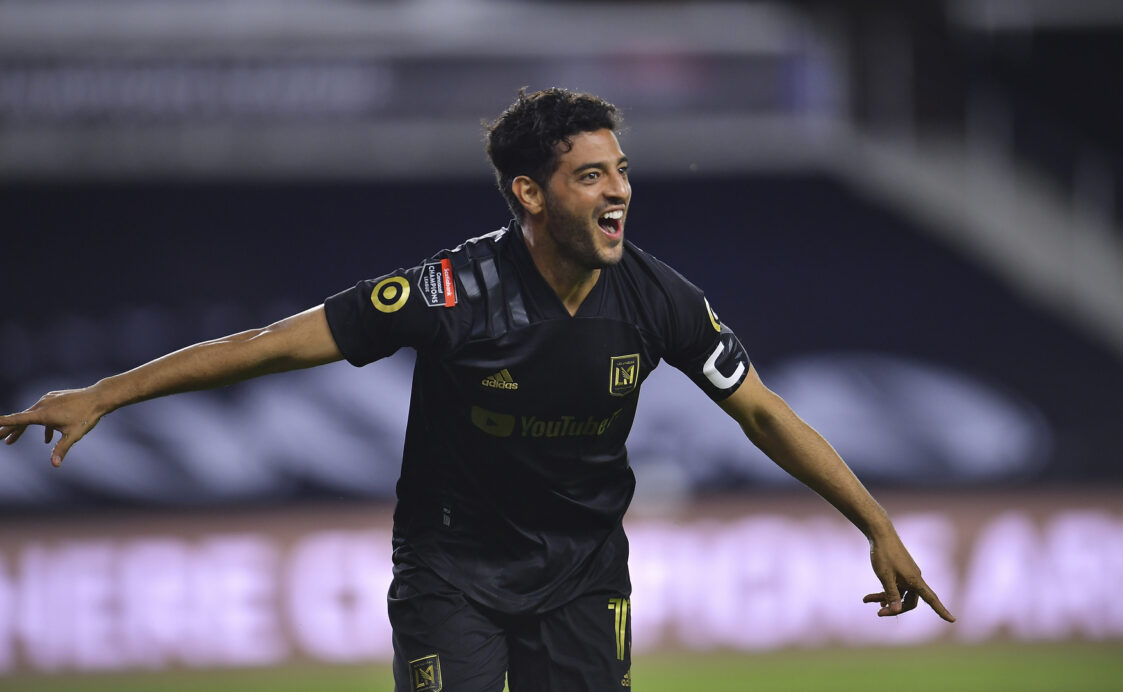 LAFC head coach Bob Bradley reiterated on Friday that Carlos Vela has had “extra motivation” preparing for and playing against teams from his native Mexico for the first time in a long time during this Concacaf Champions League run.

It sure seemed to show on Saturday night.

A 10-man LAFC advanced to the Concacaf Champions League Final by coming from behind to defeat Club America thanks in large part to the latest stellar outing from Vela. The star winger was arguably the main protagonist in the 3-1 win at Exploria Stadium in Orlando, Florida, bagging a quick second-half brace that helped make the Black and Gold the first MLS side to eliminate three Liga MX clubs in a single edition of the competition.

“It is special for him to play these teams,” said Bradley. “It also comes in a year where obviously he had different important family responsibilities and then an MCL injury. He missed a lot. You can tell at the end of this year how much it means to him and when that comes across to all the other players, that is obviously a special kind of leadership.

Vela, who at one point earlier this year had played around 55 minutes in seven months, certainly delivered on Saturday night. With LAFC facing adversity at halftime after going down a man and a goal in a tense and heated affair, the Mexican did what all sides hope their star players do in big games.

He put the team on his back.

The 31-year-old attacker and LAFC captain scored two goals in the first two minutes of the second half, with both finishes coming off clinical efforts from the left. The first came after he intercepted an ill-advised pass high up the field, and the next came a mere seconds later when he raced onto a long ball played into space.

Still, that was not all Bradley raved about when talking about Vela’s latest difference-making display.

“Not only with the two goals, but late in the game his ability to run with the ball forward, get into the corner, take a foul, do all the little things that help you manage a difficult game,” said Bradley. “Carlos is a great guy and he is an amazing player. Look, he scores great goals and his ability as he moves toward the goal with the ball on his left foot (is great), but in other ways he is strong, he has got balance, he is not afraid of contact.

“There are so many things that Carlos brings to our team. We are lucky to have him around and you can tell he is really committed right now.”

If all that was not enough, Vela also played a part in ensuring that LAFC became the fourth MLS team in history to reach the Concacaf Champions League final by setting up the last goal in Saturday’s showdown.

He fed Diego Rossi on a stoppage-time counter that produced a dangerous 1-on-1 opportunity. Club America goalkeeper Guillermo Ochoa came up with a tremendous foot save to deny Rossi, but LAFC midfielder Latif Blessing raced onto the rebound unmarked and fired it home to cement LAFC’s passage to Tuesday’s championship bout with Tigres UANL.

Of course, that accomplishment probably would not have been possible without the motivated Vela playing so well. In a huge game. In a moment when his team needed him the most.

“Carlos is such a special player, a special leader, captain,” said Bradley. “Man, what a night for him.”