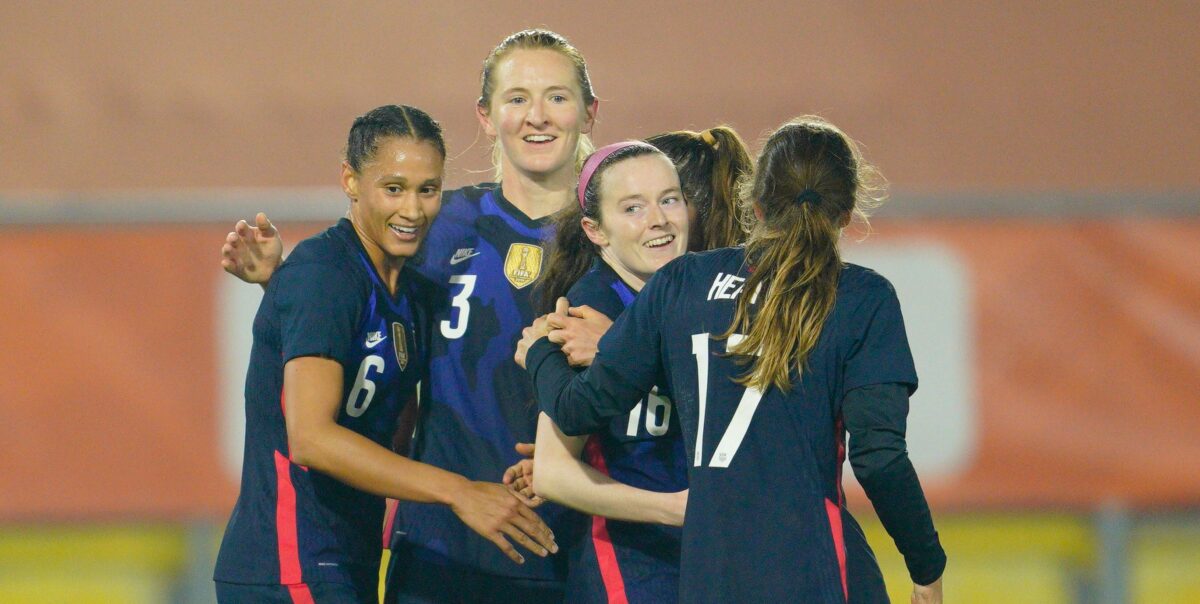 The United States Women’s National Team will get its chance to be a part of a new tournament in Concacaf.

Not only did Concacaf announce its international calendar for 2021-24, but it also announced the construction of a Nations League tournament, slated to begin in September 2023.  Matches will take place during the FIFA windows in September, October, and November of 2023 and April of 2024, with the finals set to be contested in June 2024.

The Nations League is a new initiative to double the number of official senior Women’s National Team matches for nations in North, Central America, and the Caribbean.

“I am hugely excited by the prospect of launching these new CONCACAF women’s national team competitions,” said Federation President Victor Montagliani. “I strongly believe they will provide a development pathway for all of our Member Associations, while at the same time creating strong and competitive finals events to showcase the very best of women’s national team football in our region.”

In addition, the FIFA 2023 Women’s World Cup qualifying format was also announced Thursday which will see Concacaf National Teams ranked third and below in the FIFA Rankings, be drawn into six groups of five. Each team will play a total of four matches (two at home and two away). At the end of the group stage, the six group winners will qualify for a centralized finals event.

The top two CONCACAF nations in the FIFA Rankings from August 2020, the USWNT and Canada, will not compete in the group stage and will receive a bye straight to the finals. Should more than 30 CONCACAF member associations participate in this competition, a play-in round would be organized ahead of the group stage.

The final stage of 2023 World Cup Qualifying will include the six group winners, as well as the top two CONCACAF ranked nations. The eight nations will be split into two groups of four. After single round-robin play, the two group winners will qualify for the knockout rounds. The final stage will determine the teams that qualify for the World Cup, co-hosted by Australia and New Zealand.

“As a former international player who is now on the administrative side driving forward the Concacaf W strategy I am truly excited by this development for women’s football in the region,” said Concacaf Head of Women’s Football, Karina LeBlanc.

“These new competitions will be transformative for the confederation by providing a consistent structure of matches for all Member Associations. They will accelerate the growth of the women’s game in Concacaf and I can’t wait for them to get started next year.”