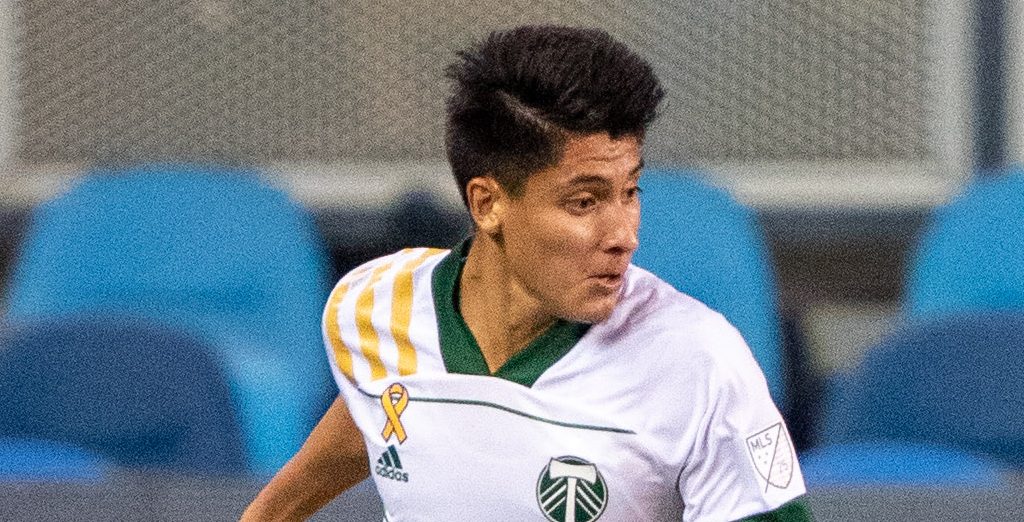 LAFC has reportedly added a young defensive talent to the mix in a trade with Western Conference rivals Portland Timbers.

U.S. Men’s National Team left back Marco Farfan will be joining the club in exchange for $300,000 in allocation money, ESPN reported. In addition, the Timbers would be adding a left back to replace Farfan, in Banfield’s Claudio Bravo, according to the report.

The 22-year-old Farfan, who is currently in his first USMNT camp, has spent his youth and professional career with the Timbers. He made 34 combined appearances for the Timbers in MLS play, while also appearing in 56 games for Timbers II.

LAFC’s acquisition of Farfan would help fill the void left by Jordan Harvey, who will be a free agent at years end.

As for Portland, they have been linked with Argentinian defender Bravo for weeks and would have an immediate replacement for Farfan’s departure. The 23-year-old has registered five assists in 53 combined appearances for Banfield in the Argentina Primeira Division.

Both teams have begun offseason plans after being eliminated from the 2020 MLS Cup Playoffs.