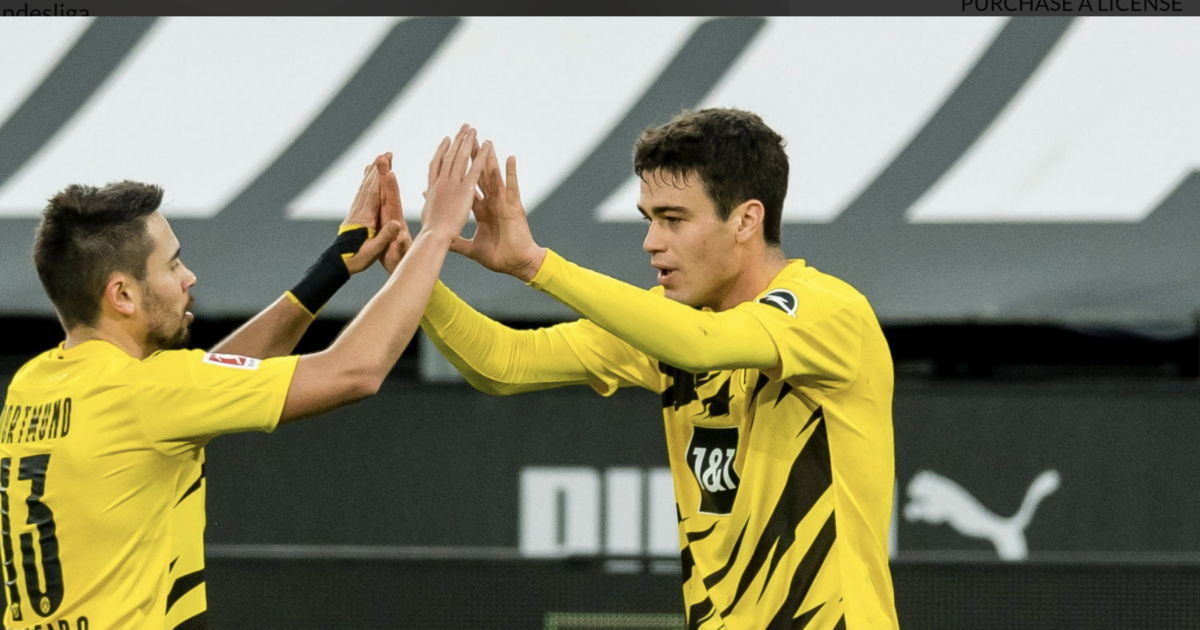 Borussia Dortmund has searched for other players to step up in Erling Haaland’s absence and Gio Reyna has been one of those players to do so.

Reyna scored his second-consecutive Bundesliga goal on Saturday, tying things up between Borussia Dortmund and Stuttgart in the first half at Signal Iduna Park. Although Dortmund conceded four second-half goals to American manager Pellegrino Matarazzo’s Stuttgart side, it was a strong outing for Reyna who was the host’s best player.

It was a confident finish from the U.S. Men’s National Team midfielder, who left Stuttgart goalkeeper Gregor Kobel speechless before halftime.

Raphael Guerreiro’s long ball over the top of the Stuttgart backline allowed Reyna to take one touch to control the pass. The forward then hit a powerful effort into the top-right corner and raced off to celebrate at the corner flag.

It was Reyna’s third league goal of the season in his 10th appearance, to go along with four assists. The 18-year-old continued to show his impact as a starter for Lucien Favre’s squad and is eager to help Dortmund continue to stay in the Bundesliga title race.

Reyna came close to doubling his tally after halftime, but was ruled offsides. Dortmund conceded four goals in the final 37 minutes of the match, dropping to fifth place in the league table in the process.

Up next for Dortmund is a trip to Werder Bremen this week.