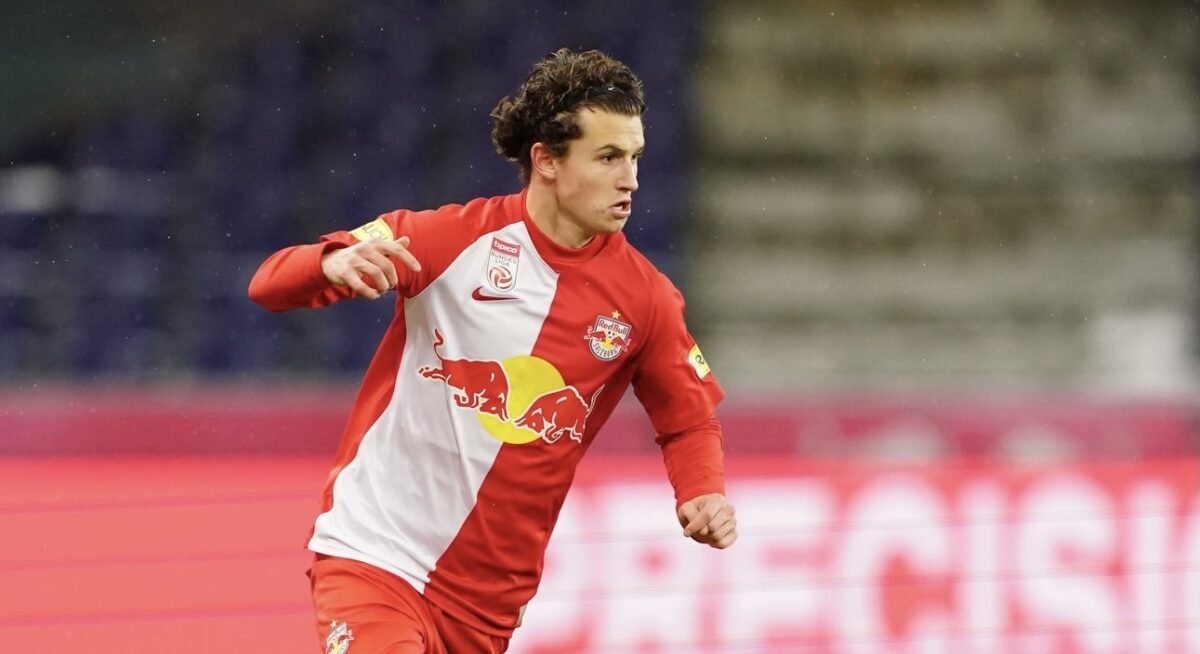 Brenden Aaronson wasted little time in his first competitive start for Red Bull Salzburg, assisting once in a league win on Wednesday.

Aaronson got the nod in Jesse Marsch’s starting lineup and delivered the opening assist in an eventual 3-0 win over Ried. It was Aaronson’s second league appearance of the season, but his first start for the Austrian Bundesliga giants after arriving from the Philadelphia Union.

The U.S. Men’s National Team midfielder needed only 15 minutes to make an impact. Aaronson cut back onto his left foot before setting up Rasmus Kristensen for the opening goal of the match.

Brenden Aaronson gets his first career point with @RedBullSalzburg @FCRBS_en with this assist less than 15 minutes into his first career start, setting up Rasmus Kristensen on FTF pic.twitter.com/NYW6H9s8hR

Aaronson watched as Sekou Keita and Patson Daka both added goals later in the half for a 3-0 lead for the hosts. The Medford, New Jersey native only played 63 minutes for Salzburg in the victory, but showed promising moments from his attacking midfield position.

He made five recoveries, completed one tackle, and successfully completed one dribble prior to being subbed off after the hour mark. Red Bull Salzburg would make it back-to-back league wins since returning to domestic action, now moving one point clear of second place Rapid Wien.

“We played really well, and you could see our playing philosophy really clearly on the pitch, especially in the first half,” Marsch said post match. “We can always score goals as we have very good talents in attack. We also showed today that we can keep a clean sheet. The players are also determined to do that, which is a good sign for us.”

Aaronson and Salzburg’s busy schedule continues with Saturday’s league match at Hartberg before an Austrian Cup quarterfinal date with Austria Wien next week.