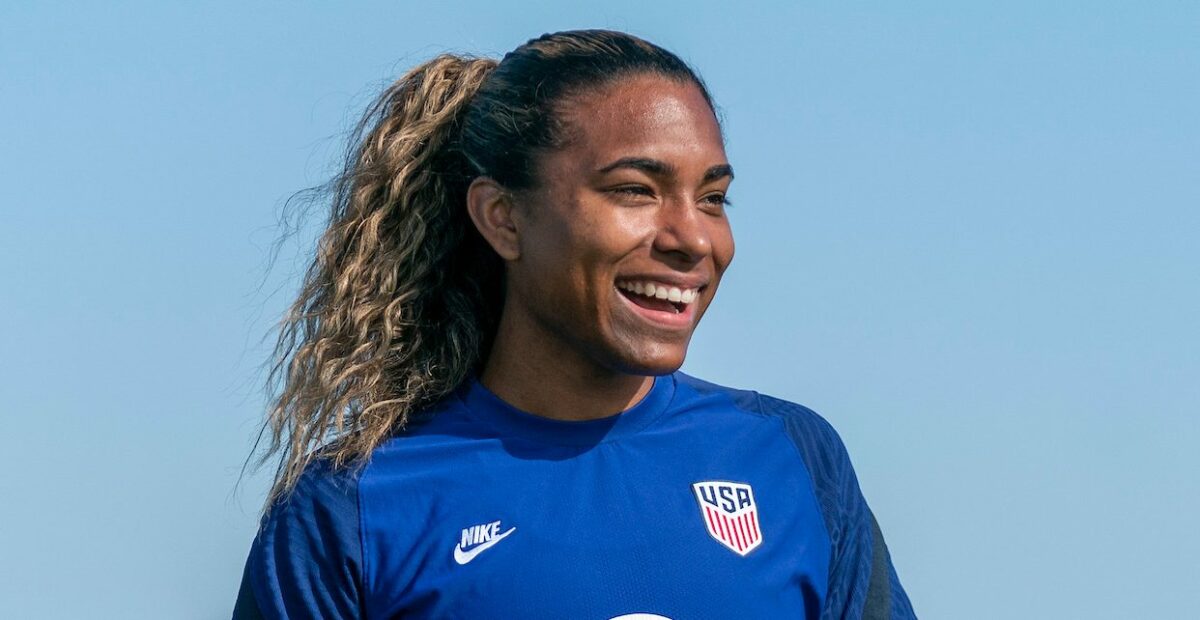 One day after Andres Perea got FIFA approval to represent the U.S. Men’s National team, the USWNT got a major boost for its squad going forward.

FIFA approved Catarina Macario’s application to represent the USWNT in international competitions going forward. Macario was born in Brazil, but moved to the United States when she was 12-years-old and has played for three U.S. Youth National Teams in the past.

“I want to thank everyone at U.S. Soccer, past and present, for the opportunity and I sincerely appreciate the literal years of work that went into getting this done,” said Macario. “Now that I’m approved to play, it’s up to me to show the coaches I deserve to be on rosters and get playing time. Nothing is guaranteed, and everything needs to be earned, so it’s up to me to get my fitness to the level needed and keep learning every day. Just to be in the position is a dream come true and I’ll never take any of it for granted.”

Macario is coming off a sensational career at Stanford University where she scored 63 goals and added 43 assists in 68 games played. The 21-year-old won the Mac Hermann award twice in her career before declaring to go pro last week.

After being linked with a move abroad, Macario signed a two-and-a-half year  deal with European giants Lyon on Tuesday, forgoing her senior season at Stanford.

She will now look to make her USWNT senior debut in a pair of January friendlies against Colombia on January 18th and 22nd in Orlando, Florida.