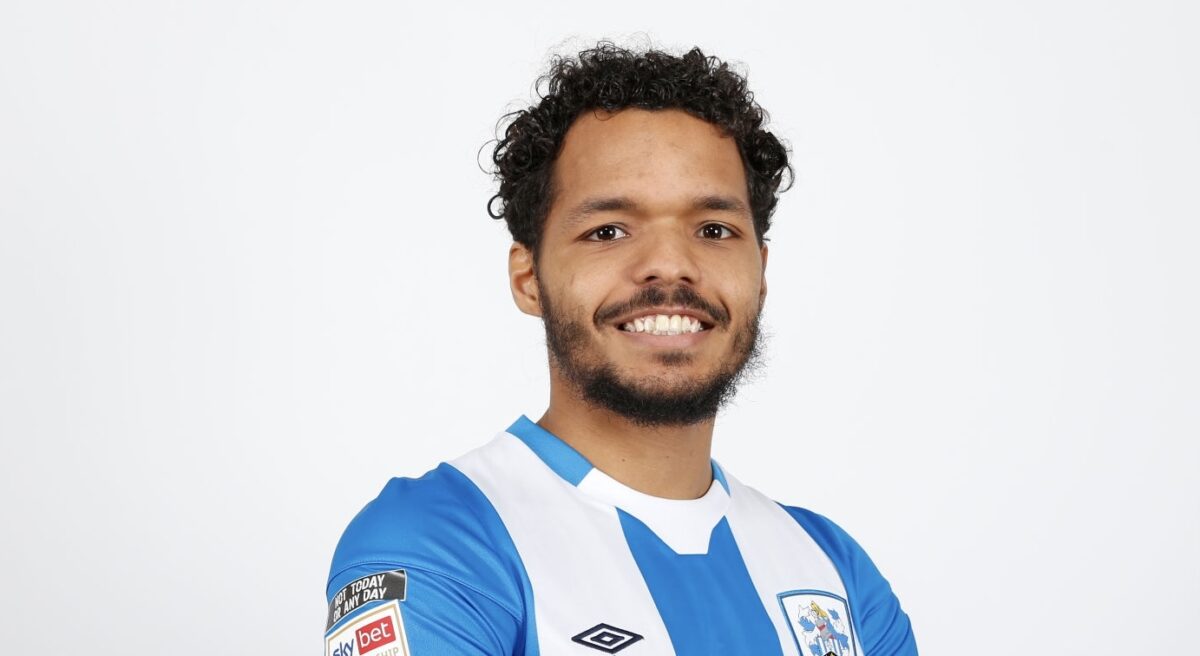 Duane Holmes began his career in the blue and white of Huddersfield Town and now eight years later has made his return to the John Smith Stadium in hopes of giving even more to the club.

Holmes officially rejoined the Terriers on Monday, leaving Derby County and signing a three-and-a-half year deal. The 26-year-old had been linked with a move back to Huddersfield Town, the club he began his youth career with at the Under-9 level.

Now with a new chapter of his career getting ready to begin, Holmes is excited to give even more back to the club that means so much to him.

“Obviously, I’m buzzing,” Holmes said in a club interview. “This Club means so much to me. I grew up here and I still feel like I’ve got so much to give to this football club. I’m happy that I’ve got the chance to do it. I’m really looking forward to working with the Head Coach.”

Holmes has developed into a rising talent in the EFL Championship since his first spell with Huddersfield, earning minutes in several leagues and also making his international debut for the U.S. Men’s National Team. Holmes’ ability to play as not only a central midfielder, but also on the wing has made him an intriguing option for Carlos Corberan’s attack going forward.

After breaking into the Derby County squad in 2018 under then-manager Frank Lampard, Holmes has since totaled 83 combined appearances and scored six goals to go along with six assists. His return to Huddersfield Town is not only a boost for his career, but could also provide a spark in the Terriers’ hopes for promotion back to the English Premier League.

“Our fans know Duane’s game well, but equally I think he has grown as a footballer in his time away from Huddersfield Town,” Huddersfield Town’s Head of Football Operations Leigh Bromby said. “He adds more Championship knowhow to our squad, but he’s still only 26 and I believe the best is yet to come.”

“His attributes – energy, determination, speed and an eye for goal – will complement our style of play, and we know all about his personality too. He knows this Club so well, and he was extremely keen to return and show everyone what he’s capable of.”

Huddersfield Town isn’t a club with big names on its roster, but one that has a good mixture of veteran players and young talents to work together in Corberan’s system. Holmes now comes into an attacking corps which has former Premier League players such as Jonathan Hogg, Alex Pritchard, and Frazier Campbell.

After spending most of last season in a relegation scrap, Huddersfield Town is playing more attacking football and currently sitting 13th in the 24-team league. Corberan’s expansive style of play should be a great opportunity for Holmes to show what he brings to the table, and possibly kickstart a return to the USMNT fold.

“I think I’ve matured a lot, both as a footballer and as a person,” Holmes said. Hopefully I’ve not changed too much, I still want to be an exciting player to watch and stuff like that.”

“I want to bring goals to the team, and I want to help the team out in any way I can. I know I’ll give everything for the shirt.”

Holmes will look to make his first appearance back for the club on Saturday against Stoke City after arriving too late for Wednesday’s showdown with Bristol City.