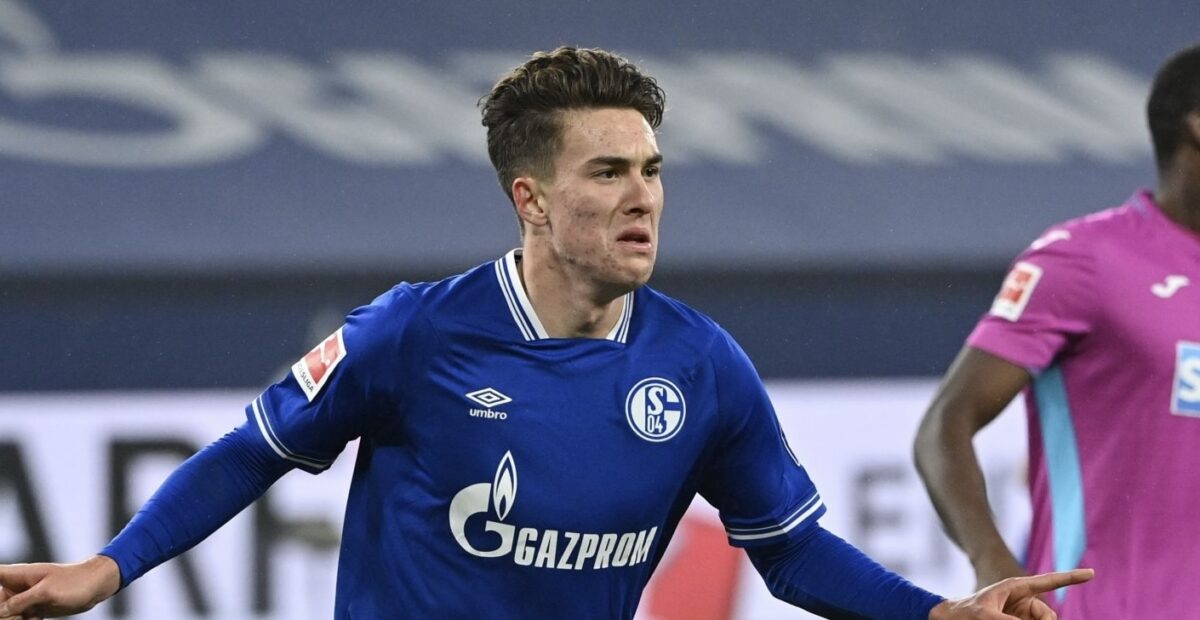 Matthew Hoppe started the 2020-21 season with Schalke’s Under-23 team but now could play a vital role in the club’s fight against Bundesliga relegation after his stellar outing Saturday.

Hoppe put in a heroic performance in Gelsenkirchen, scoring a first-career hat trick in a 4-0 shutout win over Hoffenheim. It was Hoppe’s first career senior goals, in his third start and sixth senior appearance overall.

After helping the relegation-threatened club snap a 30-match winless run in league play. Hoppe also became the youngest American player to score a hat trick in one of Europe’s top-five leagues.

Hat-trick hero Matthew Hoppe is not losing sight of what is important! 👊 pic.twitter.com/G5cAU97miV

“I don’t know how to feel. I’m excited, I’m happy the team got the win and that I got to contribute to it,” said Hoppe post match.

“lt gives some confidence, some momentum. We have 19 games left, and hopefully we can keep the wins coming and we can stay high in the first division.”

Hoppe joined Schalke from Barcelona’s Academy in 2019 and since become a rising prospect within the Bundesliga club’s squad. After bagging five goals in 20 appearances last season with the Under-19’s, Hoppe is now making the most of unexpected senior minutes so far.

With the club now under the guidance of Christian Gross, Hoppe has remained with the first team and has played parts in recent matches against Hertha Berlin, Ulm, and Hoffenheim.

His clever finishes in front of goal on Saturday showed a glimpse of what he can provide going forward in a Schalke attack which has been depleted by injuries in the first half of the season. Hoppe’s connection with a rejuvenated Amine Harit was also impressive to see, with the pair combining on three of the four goals on similar attacks.

The U.S. Men’s National Team eligible player has yet to represent U.S. Soccer at any level to date, but after his Man of the Match performance Saturday, that could very well change going forward.

Schalke continues league play on January 17th against Eintracht Frankfurt, the latest opportunity for Hoppe to add to his stock both domestically and internationally.