Kohfeldt on Sargent: “He will be one of Bundesliga’s top strikers” 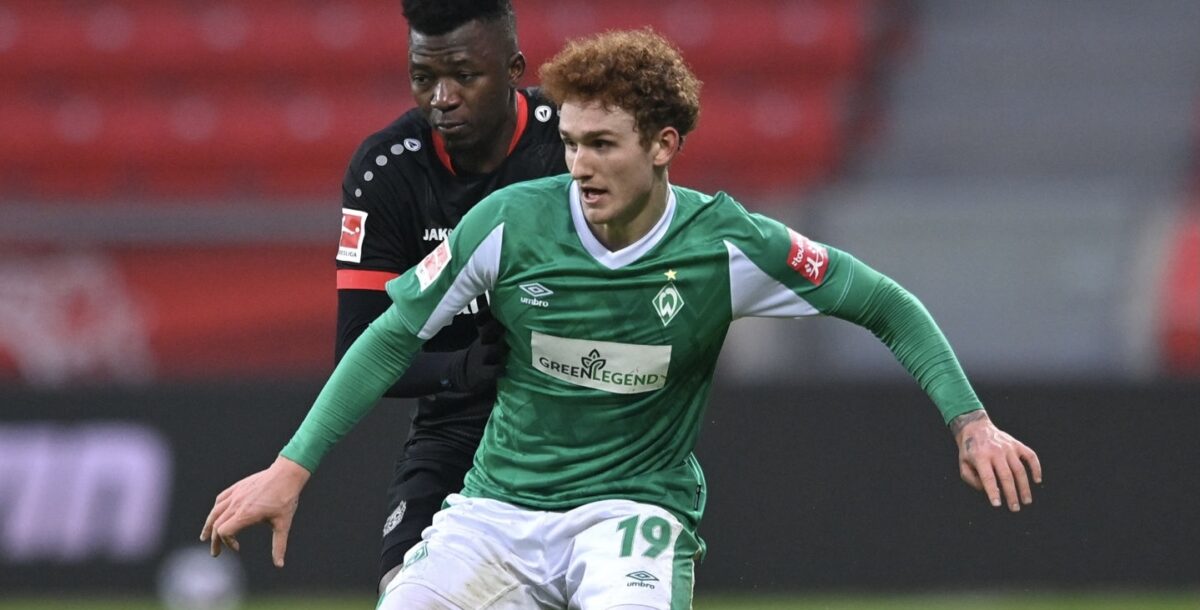 Josh Sargent returned to Werder Bremen’s starting lineup on Saturday and despite not scoring, earned much praise after the match by manager Florian Kohfeldt.

Sargent played 61 minutes as Werder Bremen tied Schalke 1-1 at home, picking up a point in its fight away from the bottom three. The U.S. Men’s National Team striker has seen his role continue to increase for Kohfeldt’s squad this season, racking up 1,460 minutes in league play to date.

While Sargent has chipped in three goals and two assists in 19 combined appearances this season, Kohfeldt still believes his growth has made him a rising talent in the Bundesliga at his position.

“I don’t know if it’ll take one year or half a year or two weeks, I’m not sure and I can’t say,” Kohfeldt said in an interview with Bundesliga.com. “But if he stays like this – he is very, very calm in the locker room and he is focused, and on the pitch he’s full of energy – he will one day be one of the league’s top strikers, I’m completely sure.”

Sargent is on pace to set new career highs in appearances this season and could also reach new milestones in goals and assists if he continues his mark going forward. The 20-year-old has not only begun 2021 in good form with his first league goal since October, but he’s continued to develop into an all-around forward.

Sargent also didn’t let his goalless drought bring him down as well, bouncing back strongly with a wonder goal against Hertha Berlin last weekend.

Werder Bremen currently sits in 11th place on 22 points, 10 points from the top six and seven points from the relegation zone. Should the team get pulled into a scrap at the bottom, Sargent will be keen to helping them get out of danger and boosting his individual stock going forward.

The American will also return to international play with the USMNT this year, hoping to play a role in several competitions including World Cup Qualifying.