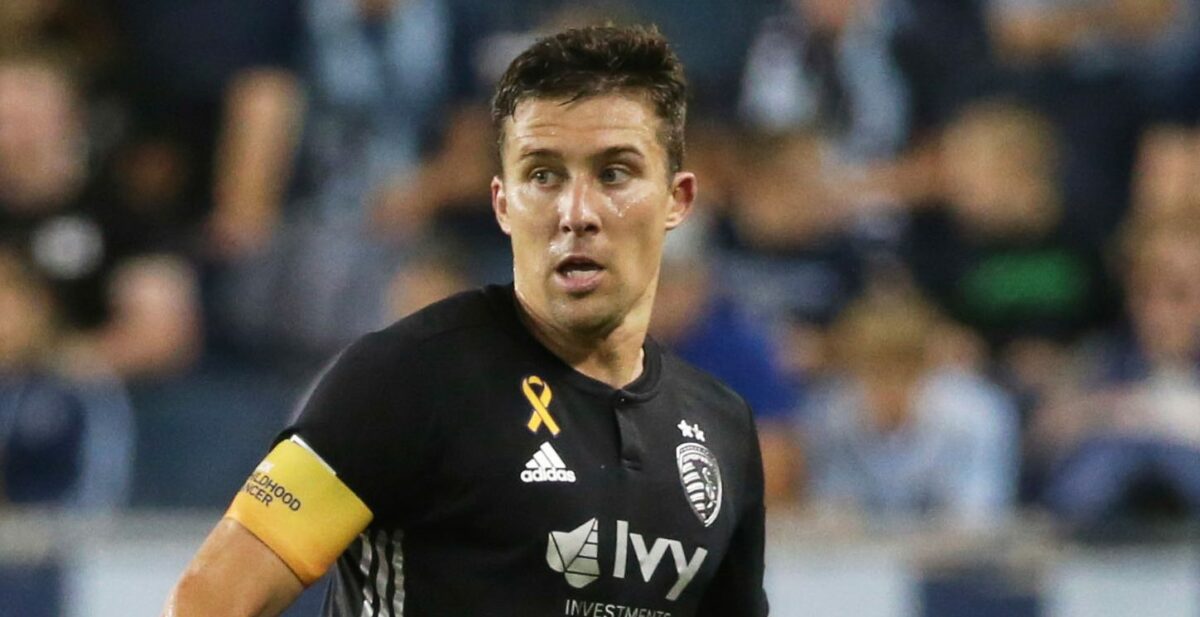 Austin FC’s roster building continued on Wednesday with the signing of a longtime MLS veteran.

Matt Besler has joined Austin FC as a free agent, becoming the 17th acquisition by the 2021 expansion club so far. The five-time MLS All-Star makes the move after playing 12 consecutive seasons with Sporting KC.

“We are pleased to add a proven defender to the squad that fits the profile we are looking for in a player. Matt’s unique blend of leadership and competitive experience is valuable combination of strengths, and we are excited to have him continue his career in Austin,” said Austin FC Sporting Director, Claudio Reyna. “We welcome Matt to Austin and look forward to his many contributions to the Club.”

Besler was drafted No. 8 overall by Sporting KC in 2009 and went on to help the Western Conference club lift one MLS Cup and three U.S. Open Cups,  He made 348 appearances across all competitions, featuring in MLS, USOC, and Concacaf Champions League play.

The longtime SKC captain has also earned 47 caps with the U.S. Men’s National Team in his career and will add plenty of experience to Josh Wolff’s backline in 2021 and beyond.

Luis Robles has been one of the top goalkeepers in MLS, but will officially hang up his gloves.

Robles announced via social media on Wednesday that he will retire, ending a 14-year career in the sport. The veteran saw his option declined by Inter Miami earlier this offseason and will now embark on a new chapter of his life.

The 36-year-old began his career in Germany, signing for FC Kaiserslautern in 2007 and spent time with the reserve team before making his first-team debut in 2008. He moved to fellow German side Karlsruher in 2010, spending two seasons there before moving to MLS.

Robles spent most of his MLS career with the New York Red Bulls, before moving to Inter Miami in 2020. He finishes his career with 74 shutouts in 253 regular-season games, while lifting three Supporters’ Shield crowns with the Red Bulls.

Inter Miami’s search for an experienced goalkeeper could reportedly be coming to an end soon.

Everton’s Jonas Lossl is linked with the Eastern Conference club, the Miami Herald reported Wednesday. Lossl would take the place of Luis Robles, who saw his contract option declined following the 2020 season.

Lossl, who was a part of Denmark’s 2018 World Cup squad, is currently searching for consistent playing time. Jordan Pickford and Robin Olsen are the top two options currently in Carlo Ancelotti’s Everton squad, keeping Lossl on the outside.

Lossl spent most of the 2019-20 season on loan with EFL Championship side Huddersfield Town and is aiming to be a part of Denmark’s 2020 European Championship roster.

Despite John McCarthy taking over for Robles at the end of last season, Lossl brings plenty of European experience to the mix.

FC Dallas has sent six players on a training stint with defending UEFA Champions League winners Bayern Munich ahead of the 2021 MLS season.

The Western Conference club announced the move on Wednesday, which will see Justin Che, Edwin Cerrillo, Brandon Servania, Dante Sealy, Ricardo Pepi, and Thomas Roberts all take part. The training program will run from January 6-29, giving all six players valuable experience with one of the world’s best clubs.

Pepi is the headliner of the bunch, who is coming off a breakout year where he scored three goals and had one assist in 19 combined MLS appearances. Cerillo only made two league appearances for Dallas last season, but saw more playing time in 2019.

Servania and Sealy made 17 combined league appearances between them in 2020 while Che and Roberts did not feature in Luchi Gonzalez’s squad this season.

The FC Dallas-Bayern Munich relationship has led to annual trips for promising young talents from MLS, which also also produced the transfer of center back U.S. Men’s National Team defender Chris Richards to the German giants.

Waylon Francis has been a familiar face of the Columbus Crew defensive corps for years and will remain with the team going forward.

The Eastern Conference club announced Wednesday it has re-signed Francis ahead of the 2021 MLS season. Francis is a seven-year MLS veteran who has made 115 regular-season appearances.

“We are pleased to re-sign Waylon for the 2021 campaign,” said Crew SC President & General Manager Tim Bezbatchenko. “Waylon is a veteran in this League and is someone who has spent a lot of time in Columbus with a thorough understanding of our Club culture. We look forward to his contributions to our team as we look to continue to contend for trophies in multiple competitions.”

Francis played for the Crew from 2014-2017, before returning ahead of the 2019 season. In 2015, he was named to the MLS All-Star roster and was also named the Crew Defender of the Year, helping the team reach an eventual MLS Cup Finals loss to Portland.

He’s also earned seven caps with the Costa Rican National Team and was a part of the Crew’s 2020 MLS Cup success.

D.C. United bolstered its attack with the acquisition of forward Adrien Perez via the MLS Re-Entry Draft.

Perez was selected in the second stage of the annual Re-Entry Draft and now moves to D.C. from LAFC. The 25-year-old joined LAFC from MASL side Ottawa Fury in February 2019 and scored one goals in 25 combined appearances.

“We are excited to acquire a player of Adrien’s quality in the Re-Entry Draft,” Dave Kasper, D.C. United General Manager and VP of Soccer Operations said. “He is an attacking and creative player who has impressed us in his first two MLS seasons with LAFC. Adrien will add some depth and competition at forward and we’re looking forward to welcoming him to the club.”
Perez was a top player in the MASL with Ottawa, scoring 47 goals in 28 appearances from 2017 to 2019. He led the league in goals scored before getting the opportunity with LAFC.
He will look to help D.C. United bounce back from a disappointing 2020 MLS season, which saw the Black and Red miss the Playoffs.