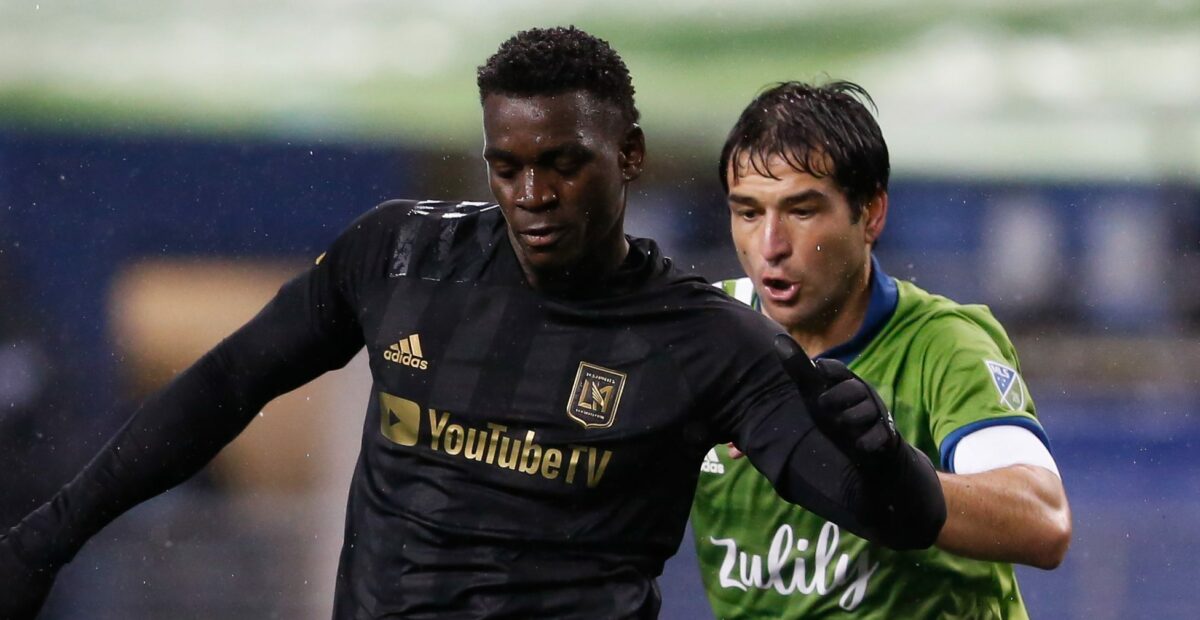 LAFC retained a young defensive talent on Friday, by signing him to a permanent deal ahead of the 2021 MLS season.

The Western Conference club announced the permanent acquisition of Jesús David Murillo from Colombian side Deportivo Independiente Medellín. Murillo initially joined LAFC on loan in October 2020, appearing in the final nine matches of the MLS season.

“Re-signing Jesús was of utmost priority for us and we are excited to know he will be with us from the start of the season,” said LAFC Co-President & General Manager John Thorrington. “It was evident from the moment Jesús joined us that he fit in very well with our group and our system. He is a strong and reliable defender with a commanding presence on both ends of the field.”

Upon his arrival at LAFC, Murillo immediately jumped into Bob Bradley’s defensive corps, starting nine games at center back. Murillo earned Concacaf Champions League Team of the Tournament honors for his performances in the knockout stage of the region’s tournament. He tallied his lone assist of the year during LAFC’s postseason-clinching win over the Houston Dynamo on Oct. 28.

Murillo has played for Independiente Medellin, Patriotas Bocaya, and Deportivo Pasto in his club career and has also featured in the Copa Libertadores competition. His return to the club is a boost for Bradley’s defensive unit heading into a full 2021 campaign.

Josh Wolff’s MLS roster continued to take shape on Friday with the club signing veteran winger Kekuta Manneh.
Manneh, who lived in Austin from 2011-12′, became Austin FC’s 23rd addition to the club’s roster ahead of the inaugural season in 2021. His arrival gives Wolff another experienced MLS figure who can impact both in the starting lineup or off the bench.
“I am excited to join Austin FC and can’t wait to give everything I have for the Club and for this city,” said Manneh. “This city gave me everything when I first arrived in this country, and I cannot wait to come back.”
Since 2013, Manneh has played in 163 combined regular season and postseason MLS matches. He’s scored 31 goals and added 19 assists for the New England Revolution, FC Cincinnati, Columbus Crew SC and Vancouver Whitecaps FC. Manneh has also played in Europe for FC St. Gallen and in Mexico for Pachuca.

Orlando City SC bolstered its goalkeeping corps on Friday with the loan acquisition of a young American.
22-year-old goalkeeper Brandon Austin signed on a six-month loan from English Premier League side Tottenham Hotspur. Orlando City also holds an option to keep Austin on an additional six-month loan later this summer, should they wish.

“The addition of Brandon to our roster is an exciting step in solidifying our 2021 roster and we’re expecting that his background from Tottenham’s academy and youth system will not only add a different perspective, but also create further competition amongst our strong goalkeeping core,” Orlando City EVP of Soccer Ops Luiz Muzzi said. “Having shown himself to be a promising young goalkeeper and leader in England, we are excited to see how his development continues with us this season.”

A member of the England Youth National Team pool, Austin comes to Orlando following a loan spell with Danish side Viborg FF.  Austin made 14 appearances in goal for VFF in the 2019-20 NordicBet Liga where he posted one clean sheet over 1,260 minutes.

In previous seasons with the Tottenham Hotspur Under-23s, Austin has totaled seven shutouts in 44 appearances. Austin was a mainstay in Tottenham’s Under-19 UEFA Youth League team, captaining the side in six of their eight games and leading the team to a Round of 16 appearance in the 2018-19 competition.

Austin made one friendly appearance for the United States Under-18 team in 2017, but has since earned his first call-ups to the England Under-21 squad in October and November of 2019.

Minnesota United’s search for a go-to striker will continue this winter with Luis Amarilla signing in Ecuador.

LDU Quito announced the one-year loan signing of former Loons loanee Amarilla on Friday, giving Adrian Heath much to consider going forward. Kevin Molino’s departure created a major hole in the Loons attack this offseason, but Amarilla’s exit now makes it even more critical for Minnesota to sign a forward.

Amarilla returns to Ecuador after spending the 2020 season on loan at Minnesota. Injuries hampered the striker’s impact in St. Paul, where he finished with two goals and one assist in seven appearances. Amarilla’s season ended in November following ankle surgery.

Foster Langsdorf is the sole forward on the Loons 2021 MLS roster heading into preseason camp this February.

Nashville Soccer Club has loaned out defender Miguel Nazarit for the 2021 MLS season.

The Western Conference club announced the move on Friday, which will see Nazarit join Colombian First Division side Independiente Santa Fe S.A. Nazarit made the move to Nashville SC in December 2019 from CD Once Caldas, but has yet to make his MLS debut.

The 23-year-old played in 39 matches for Caldas from 2017-19, scoring one goal. He is also eligible for the Colombian National Team after appearing in Under-23 camp in the past.

Nashville SC will look to follow up on a strong first MLS season, in which they made the MLS Cup Playoffs and won two matches.