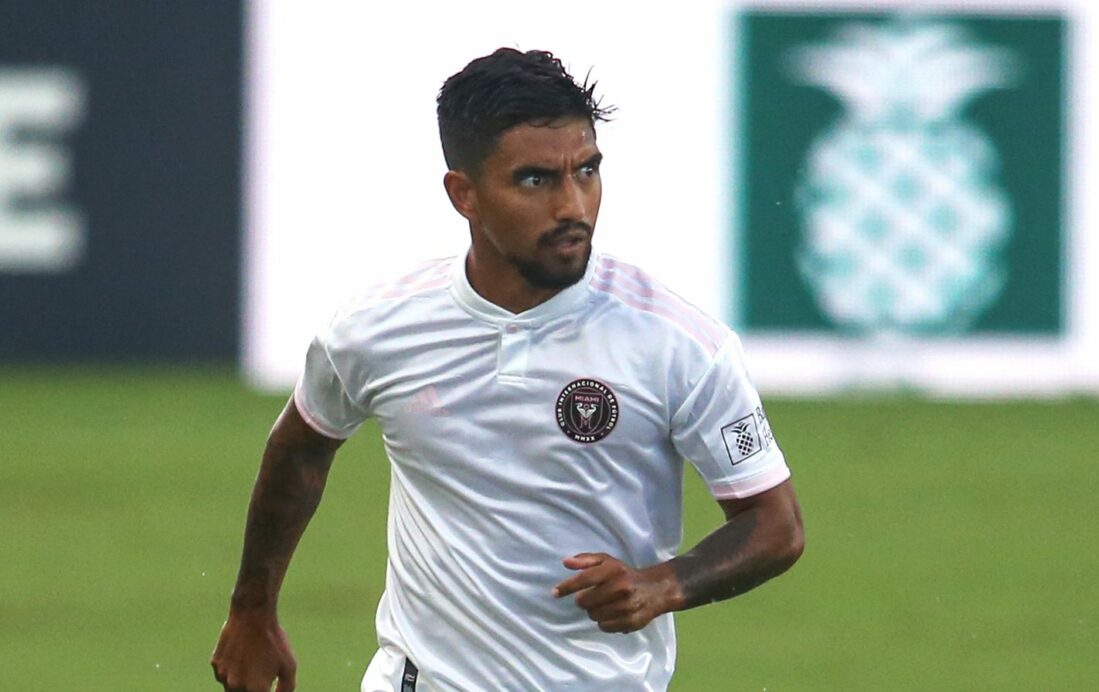 A.J. DeLaGarza’s time with Inter Miami is done, and his next move will see him team back up with an MLS coach that he is very familiar with.

DeLaGarza will sign with the New England Revolution as a free agent, reuniting him with head coach Bruce Arena after the two previously worked together at the LA Galaxy, sources confirmed to SBI. The 33-year-old defender will bring plenty of experience and add cover to the Revolution back line, as he is capable of playing as both a centerback and fullback.

DeLaGarza, whose contract expired following the 2020 campaign, last played for Inter Miami. He did not make his debut for the expansion side until late in the year, playing in his first game for the South Florida franchise in early October. The versatile veteran finished the regular season with a total of five appearances, all of which were starts, and also got the nod in the Herons’ first round playoff loss vs. Nashville SC.

In New England, DeLaGarza will once again play under the head coach that drafted him out of Maryland back in 2009. DeLaGarza spent eight seasons playing for Arena at the Galaxy, teaming up to win three MLS Cups and a pair of Supporters’ Shields together during that time.

The defender will also be tasked with bringing that championship experience to a team that is still looking for its first MLS Cup. The Revolution reached the Eastern Conference Final in 2020, but suffered a 1-0 loss to eventual champion Columbus Crew.

DeLaGarza — who drew lots of attention following Inter Miami’s playoff elimination for saying language barriers were an issue within the team — has made a total of 266 MLS appearances in regular season play. He has scored two goals and dished out eight assists in those matches.

The Revolution will be DeLaGarza’s fourth professional club. In addition to the Galaxy and Inter Miami, he previously had a stint with the Houston Dynamo.