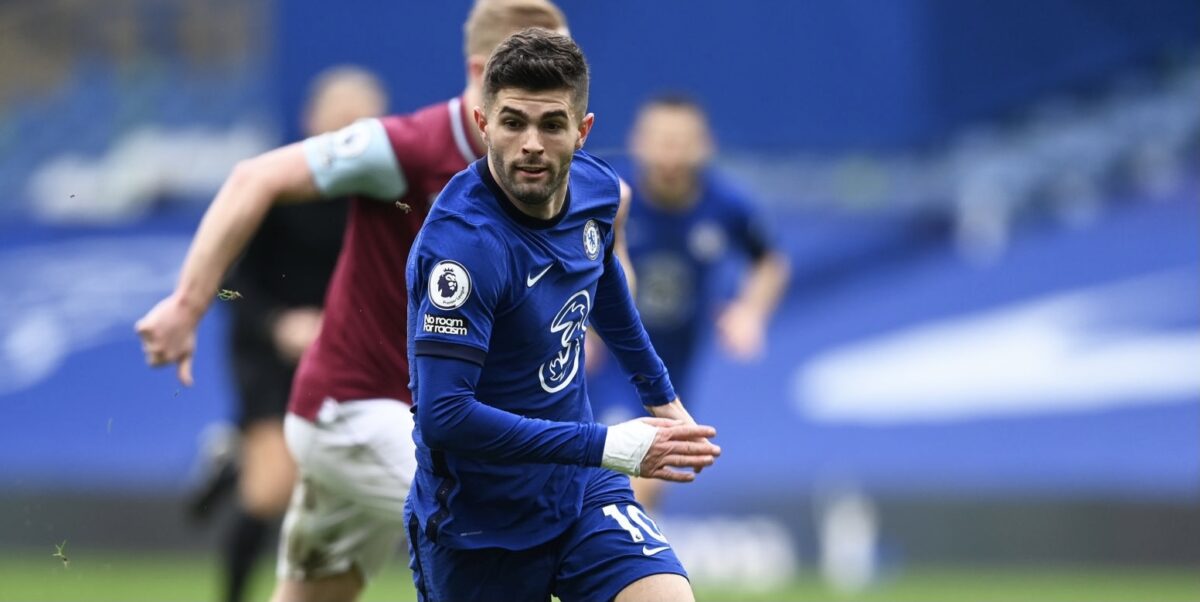 Christian Pulisic came off the bench in Chelsea’s win on Sunday, playing a role off the bench in Thomas Tuchel’s first win as manager. Now the U.S. Men’s National Team winger will look to propel his team to a London Derby win in their quest for a top four finish.

Pulisic and Chelsea face a trip to Tottenham on Thursday, aiming to add additional misery to their rivals who have failed to win three of their last four league matches. The 22-year-old Pulisic registered his first league assist on Sunday as the Blues downed Burnley 2-0 at Stamford Bridge. Pulisic hasn’t delivered as many goals or assists as he would’ve liked so far this season, but remains a key part of the Blues attack with another opportunity to impress on Thursday.

Elsewhere, Weston McKennie and Juventus faces off with Inter Milan with a place in the Coppa Italia Final at stake. Josh Sargent and Julian Green will go head-to-head in German Cup play while John Brooks and Wolfsburg welcome Matthew Hoppe and Schalke to town. Tim Weah and Lille continue their quest for a Ligue 1 title with a league date with Bordeaux. Antonee Robinson and Fulham face a tough test in EPL play against Leicester City.

Nicholas Gioacchini is SUSPENDED for Caen.

Jonathan Amon is OUT (Injury) for Nordsjelland.