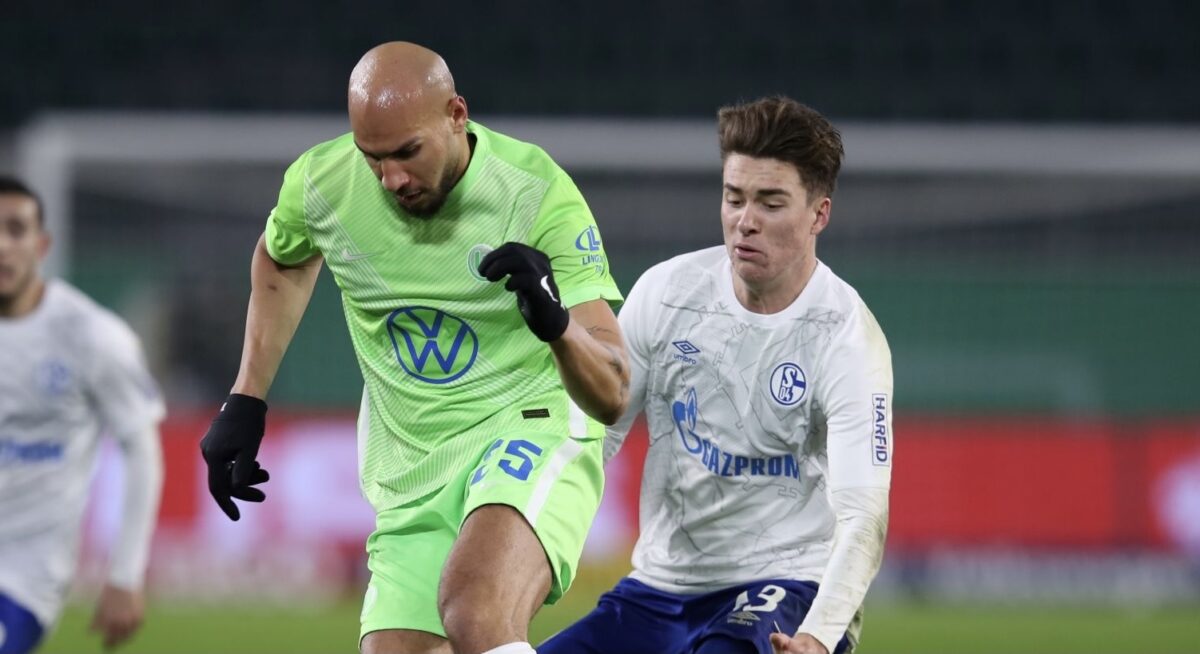 John Brooks and Matthew Hoppe squared off in German Cup play on Wednesday, with the U.S. Men’s National Team veteran and his team advancing in the knockout competition.

Wolfsburg advanced to the quarterfinals after a 1-0 home victory over Schalke on home soil, which saw consistent scoring Wout Weghorst score the lone goal of the tie. Brooks played 90 minutes from his center back position for Oliver Glasner’s side, helping the team post a fourth-consecutive clean sheet in all competitions.

The veteran defender picked up a yellow card in the 28th minute for a foul on  Hoppe, who also went the distance for Schalke. Brooks made six clearances, six recoveries, two interceptions, and completed 82% of his passes alongside center back partner Maxence Lacroix.

As for Hoppe. he struggled to make an impact for the Bundesliga strugglers. The 19-year-old recorded one shot on goal, but finished the match with the fewest touches out of any player (27) to play the entire 90 minutes.

Koen Casteels earned Man of the Match honors for his five saves in goal for Wolfsburg, helping them advance to the final eight of the annual tournament.

Wolfsburg will now return to league play on Saturday at Augsburg while Schalke, winless in its last five matches, hosts in-form RB Leipzig in Gelsenkirchen.