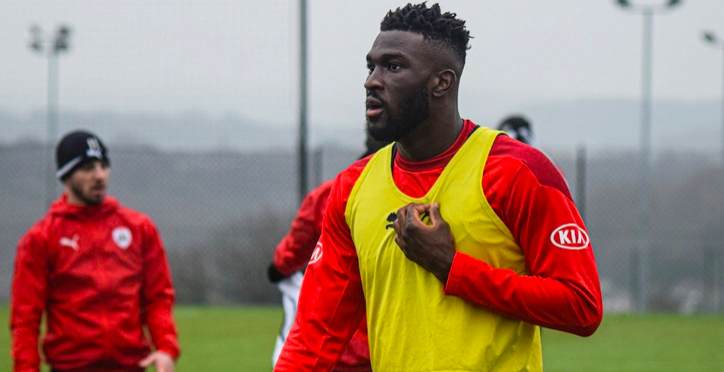 Daryl Dike exploded onto the scene with Orlando City in 2020 and not even one year later has earned his overseas debut.

Dike played the final 31 minutes for Barnsley on Wednesday in an eventual 1-0 FA Cup Round of 16 loss to Premier League visitors Chelsea. It was the Orlando City loanee’s first appearance for the EFL Championship side since arriving from the MLS club.

The 20-year-old replaced Victor Adeboyejo in the 59th minute, looking to help the hosts pull a shock against the Blues. However, it was Chelsea who broke the deadlock and went on to earn a spot in the quarterfinals through Tammy Abraham’s winner.

Dike won two of his five individual duels in his cameo off the bench while also winning two of five aerial battles and making two recoveries. His only shot of the match went wide, but overall it was a promising start for the U.S. Men’s National Team striker.

Christian Pulisic returned to the field for Chelsea, playing 80 minutes in the victory. Pulisic missed Chelsea’s 2-1 league win over Sheffield United due to family issues, but put in a tough effort for Thomas Tuchel’s side on the road.

Up next for 13th placed Barnsley is a trip to Brentford on Sunday while Chelsea hosts Newcastle United in EPL action on Monday.