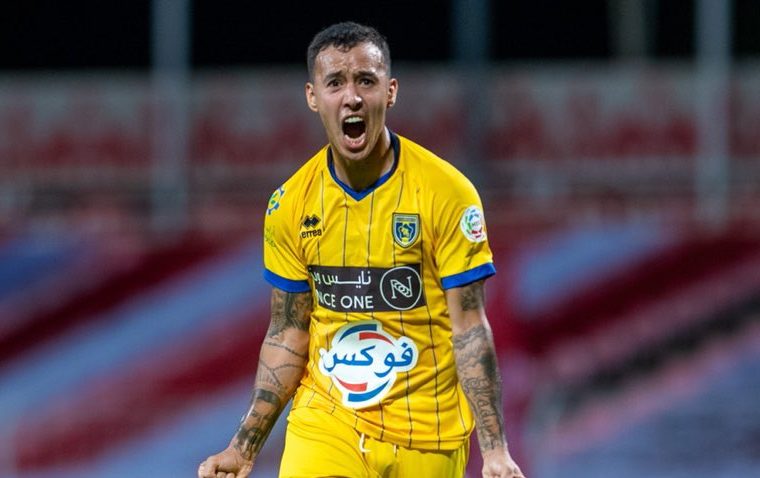 Alejandro ‘Kaku’ Romero Gamarra may have a legal battle with MLS and the New York Red Bulls on his hands, but that is not stopping him from getting off to a strong start with his new side Al-Taawoun.

Four days after debuting for his Saudi Arabian club with an assist, Kaku opened his Al-Taawoun scoring account by netting the winner in a 2-0 road victory over Al-Wehda. The Paraguayan international recorded his first goal for the team in the 24th minute, collecting the ball inside the penalty area with his right foot before firing it low and to the bottom far corner with his left.

Kaku, who celebrated his strike with an eye celebration, played the first 45 minutes of the match before being subbed off at halftime.

The tally is just the latest development in a transfer saga with the Red Bulls and MLS that appears far from over. Both the team and league plan to take Kaku to arbitration over his move to Al-Taawoun, citing that the 26-year-old attacking midfielder is still legally under contract with them.

Kaku and his agent have argued that he became a free agent this winter after the Red Bulls failed to properly notify him of their decision to pick up his option for 2021 prior to an established deadline.

Sixth-placed Al-Taawoun and Kaku are set to return to action on Saturday with a road game vs. Ettifaq.