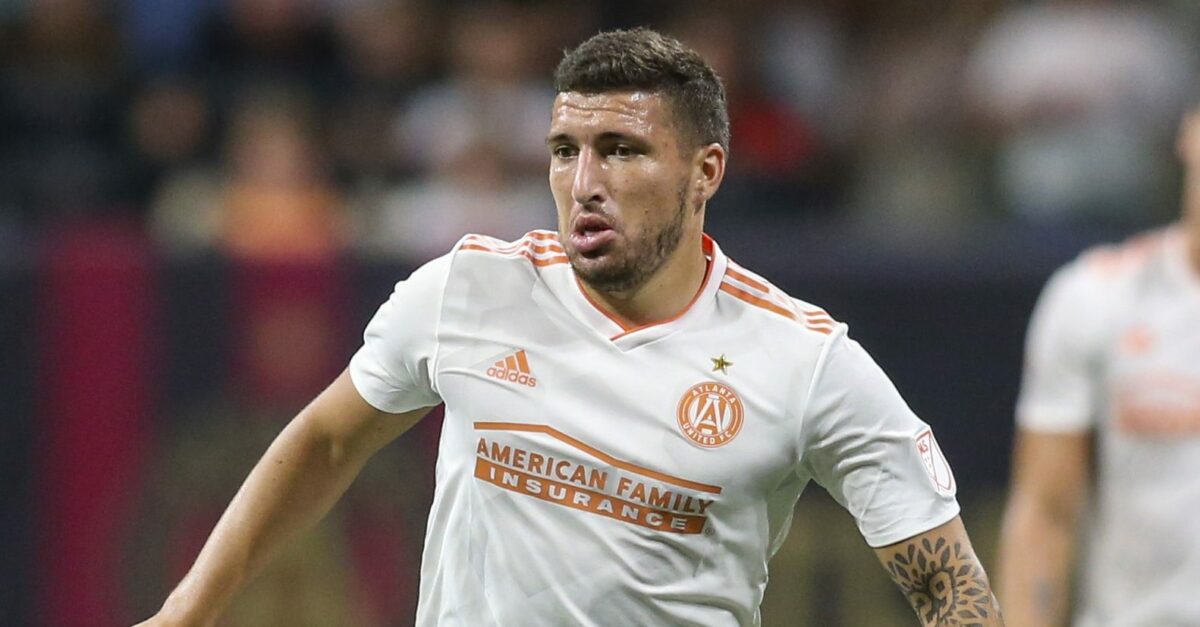 Matias Almeyda has been reunited with a familiar face for this upcoming season.

The San Jose Earthquakes announced the acquisition of defensive midfielder Eric Remedi from Atlanta United FC via a trade on Monday. Atlanta United received $200,000 of 2022 General Allocation Money (GAM) plus additional GAM for player retention and performance. The Five Stripes could also receive up to an additional $300,000 in GAM.

Remedi, 25, spent the last two-and-a-half seasons with the Five Stripes, leading the club to a trio of trophies: MLS Cup (2018), U.S. Open Cup (2019) and Campeones Cup (2019). The Argentine made 49 starts in 59 total regular season appearances with the Five Stripes since joining midseason in 2018, tallying one goal and three assists.

Prior to moving to MLS, Remedi competed for Argentina’s Banfield for three years, making his first team debut in June 2015 under Almeyda. With Banfield, Remedi tallied two assists in 55 league appearances, as well as making four appearances in Copa Libertadores and one appearance in the Copa Sudamericana.

The Earthquakes will aim to return to the postseason in 2021.

The LA Galaxy added experience to its backline on Monday with the signing of veteran defender Oniel Fisher.

Fisher’s career began with the Seattle Sounders in 2015 before moving to the Nation’s Capital in 2018. His most productive season came in 2018, playing in 24 matches before suffering a knee injury which kept him out for the remainder of the season.

The Portmore, Jamaica native has earned 15 caps for the Reggae Boyz.

Boniek García will remain part of the Houston Dynamo in 2021 after signing a contract extension with the team on Monday.

The veteran midfielder returns to the Dynamo for his tenth season with the Western Conference club. He joins Dynamo legends Ricardo Clark and Brad Davis as the third player to play at least ten seasons with the club.

García appeared in 18 games for the Dynamo in 2020, with seven of those being starts. He now aims to help Tab Ramos’s side make the postseason in 2021 after the Dynamo failed to do so last season.

Orlando City SC has acquired a 2021 International Roster Spot ahead of the upcoming season. The Lions received the spot from the Columbus Crew in exchange for $175,000 of combined General Allocation Money over the next two seasons.