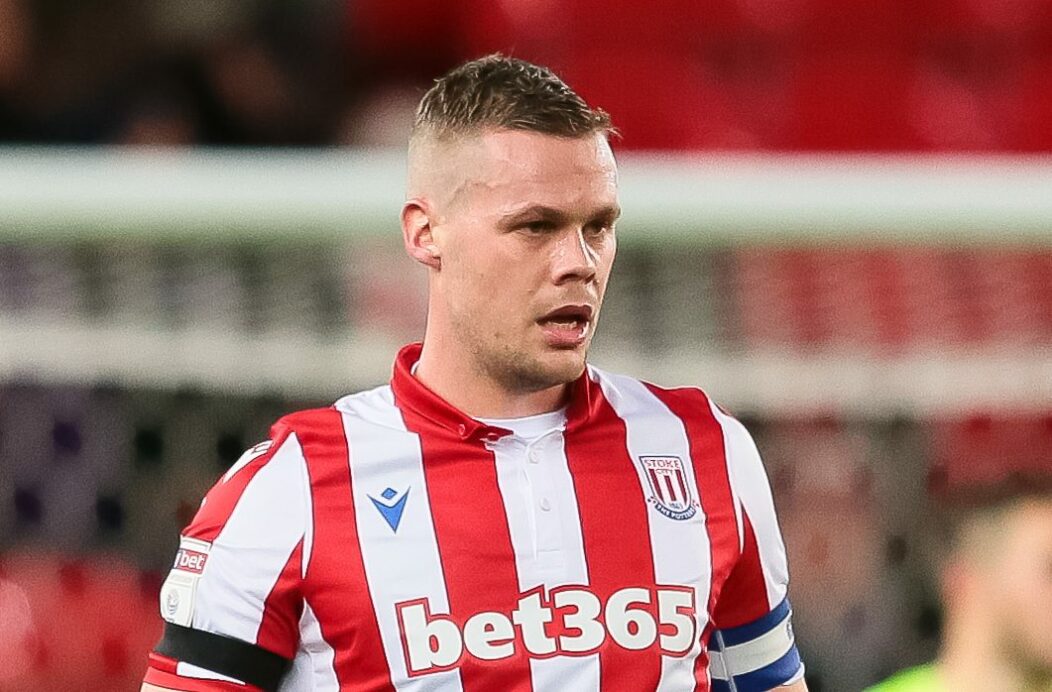 For teams searching for talent, every player signing carries some risk, but not every signing can be called a gamble.

Inter Miami’s recent addition of Ryan Shawcross qualifies as a considerable gamble, and one with much more risk than your average move for an aging defender.

Inter Miami bolstered its defense over the weekend, with the team making its first international signing of the offseason by acquiring a veteran centerback in Shawcross that will add size and experience to a group that could use a bit of both. No transfer fee was involved in landing the Englishman — who mutually agreed to part ways with his long-time club Stoke City on Friday — but nonetheless the move comes with a good dose of risk for the Herons.

Yes, on paper the 33-year-old Shawcross checks off a lot of boxes. He has experience playing in the English Premier League, boasts plenty of size at 6-foot-3, is both strong and physical, and can be a major threat on set pieces — an area Inter Miami notably struggled with last season. He figures to push Leandro Gonzalez Pirez and Nicolas Figal for the starting centerback spots, giving the team more internal competition and head coach Phil Neville another player to consider and turn to over the course of the 2021 season.

Nonetheless, serious questions remain as to how much Shawcross has left in the tank. He featured very little for the Potters in the English Championship this season — appearing just twice for a total of 41 minutes — and spent more time suiting up for their Under-23 side than the first team. Such was his level.

Experience, leadership and a no nonsense approach.

A bit of what to expect at #InterMiamiCF Stadium from our new defender Ryan Shawcross 😤 pic.twitter.com/jHFgHpTMLc

In fact, playing time has been very hard to come by for the Englishman over the past two campaigns. He saw the field only five times during the 2019-20 season, meaning he has played in a total of seven first-team games over the better part of two years. The 2018-19 season that saw him make 33 starts in 36 games was the last time he regularly earned minutes.

Not that you would have known anything about that going off of the standard flattering remarks that Inter Miami made while announcing his arrival.

“Ryan is an experienced player,” said sporting director Chris Henderson. “You look at the longevity he has had at one club at Stoke, the experience he has, and he can bring that to our club and understanding MLS and how to work with other players, be a leader.

“He is physically dominant, his feet are good, his range of passing is good, and we think he is going to be a great addition to our back line.”

Inter Miami may be confident that Shawcross is capable of competing for minutes right away in 2021 with the likes of Gonzalez Pirez and Figal, but just how healthy the former Stoke City captain is remains to be seen. A big reason why he had a drop-off in playing time in England’s second division over the past two years was an ugly leg injury suffered in preseason in 2019 (WARNING: the video below is not for the squeamish).

Shawcross broke his fibula while attempting to clear a ball in a friendly game vs. Leicester City that July, and has not been the same since. Other less-severe injuries have been sustained in the aftermath, his body showing signs of breaking down and leaving him to be more like a spectator than the consistent contributor that he once was.

Inter Miami and Shawcross are banking on this move to help change that for the better. Shawcross needs to get his career back on track if he wishes to continue playing for several more years, and the Herons and MLS present the centerback with a good opportunity to do so.

“There are so many challenges for me to try to accomplish and so many different questions I have got for myself and can I achieve them,” said Shawcross in a team interview. “…I am hoping I can add to the team. There are loads of things that I am sure there will be doubts about because it is a new country, new league. These are doubts that I am sure in the coming weeks and months I will prove people wrong.”

If Shawcross can get back to anywhere near the same level he used to be at, Inter Miami will have quite a centerback on its hands and boast impressive depth at that position. If he does not and if injuries continue to pile up, Inter Miami could be left pretty thin in the heart of the defense over the course of 2021.

The risk is clearly there. Inter Miami is hoping the reward will ultimately be as well.