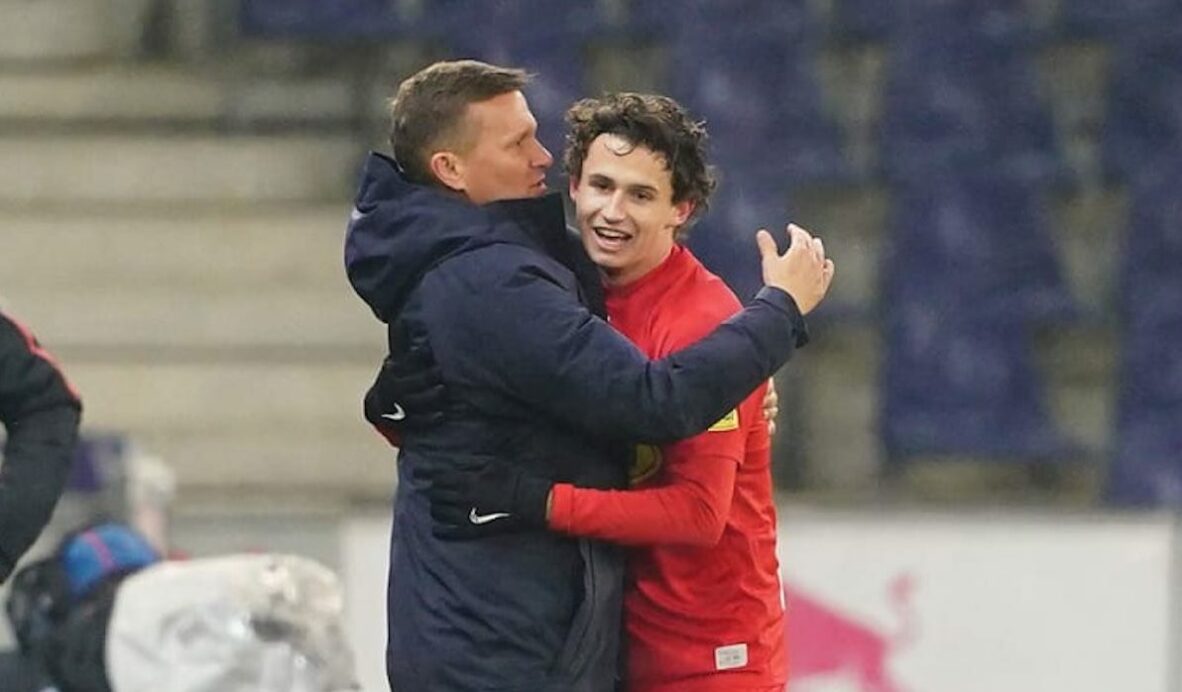 Brenden Aaronson helped the Philadelphia Union raise a trophy last year. He is one step away from doing so in Austria, where he just capped off a big semifinal victory with a goal.

RB Salzburg is through to the final of OFB Cup after dishing out a 4-0 pummeling away to Sturm Graz on Wednesday. Aaronson took part in the fun in the lopsided affair, punctuating the road triumph with a tap-in finish from in close in the 78th minute.

The tally was the attacking midfielder’s second in all competitions this season. His first came in league play on Feb. 10, with the 20-year-old Aaronson scoring in a 3-1 home win over Austria Vienna. He also became the third U.S. Men’s National Team player to find the back of the net on Wednesday, joining Barnsley striker Daryl Dike and Bournemouth centerback Cameron Carter-Vickers.

Aaronson, who joined American head coach Jesse Marsch at RB Salzburg in January via a transfer from the Union, started and went the distance in Wednesday’s semifinal showdown. The talented youngster has now made seven starts in 11 appearances across all competitions for the European club.

Aaronson, Marsch, and RB Salzburg are scheduled to compete in the Austrian Cup final on April 30. They will face off against LASK, which reached the final after a 1-0 extra-time win over Wolfsberger AC on Wednesday.