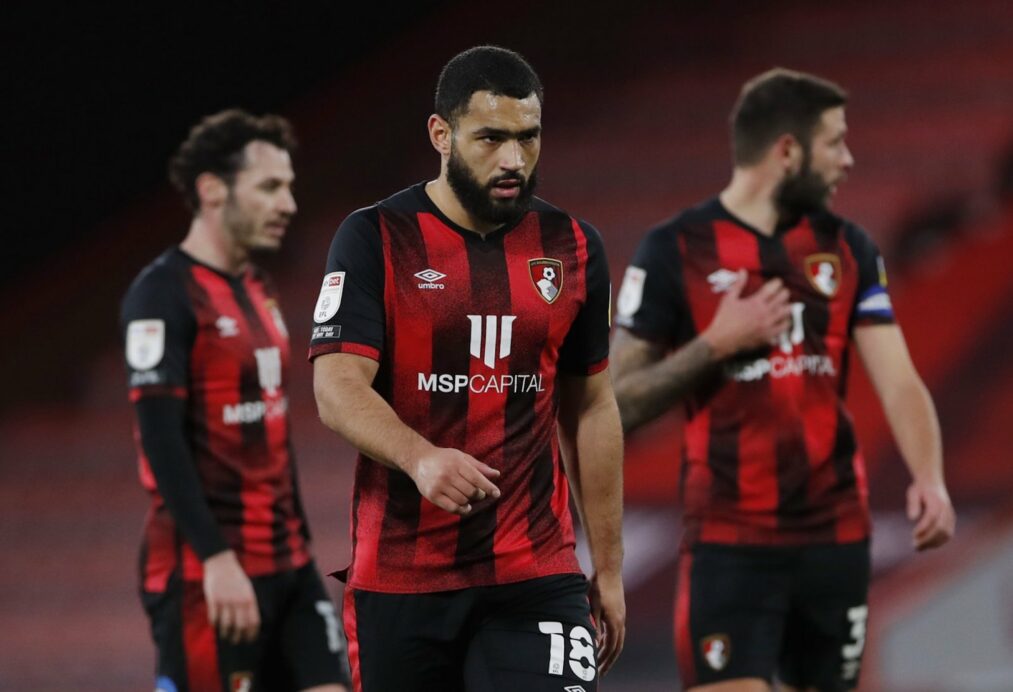 Bournemouth just moved into the promotion playoff picture with a late winner, and it was unlikely hero Cameron Carter-Vickers that provided the goods.

Even if it was by chance.

Carter-Vickers scored the second goal of his career and opened his account for Bournemouth by unintentionally producing an 88th-minute winner in a 2-1 road victory vs. Bristol City on Wednesday. The U.S. Men’s National Team centerback tallied for the first time since doing so for Sheffield United on Sept. 12, 2017, deflecting a teammate’s header into the back of the net with his back side following a corner kick.

The fortuitous finish helped Bournemouth leapfrog Barnsley to move into sixth place in the standings in the English Championship. Barnsley had jumped into that final promotion playoff position in the second division earlier on Wednesday after coming out triumphant vs. Queens Park Rangers thanks in part to a strike from fellow American Daryl Dike.

Carter-Vickers’ goal not only gave Bournemouth three big points in its push for promotion to the Premier League, but it also came a day after head coach Jonathan Woodgate said he wanted to see the central defender up his production in the final third.

“What he does need to improve on is in the opposition box, scoring more goals,” Woodgate told reporters on Tuesday. “But I like him as a player, I like his personality.

Woodgate had plenty of other positive comments regarding the 23-year-old American, who joined Bournemouth via loan from Tottenham in October. Woodgate stated he has long been an admirer of Carter-Vickers, and that the manager wanted to bring the veteran player to Middlesborough in 2020.

Carter-Vickers is enjoying a resurgent second half of the season. After fighting off the fitness and health issues that plagued him in the fall, he has become a regular starter for Bournemouth and helped the Cherries post four shutouts in his 11 appearances (all starts) to date in league and cup play.