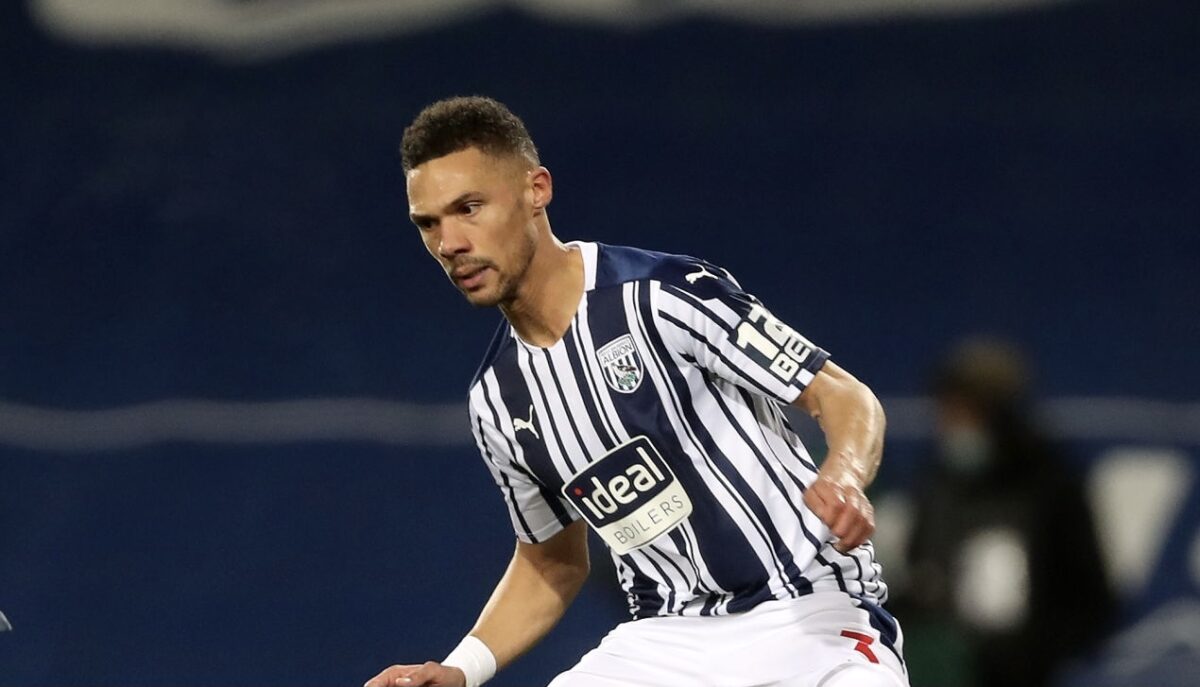 Inter Miami head coach Phil Neville will have another fellow countryman joining him in 2021 as the second-year club aims for a better season than its first.

The Eastern Conference club announced the signing of West Bromwich Albion defender Kieran Gibbs to a two-and-a-half-year contract on Tuesday. Gibbs will officially join Inter Miami on July 1st, 2021 following the expiration of his contract at West Brom.

He will occupy an international roster spot on Miami’s roster.

The 31-year-old has made over 300 appearances across all competitions in 14 seasons playing in England, primarily with Arsenal in the Premier League. Gibbs has played with West Brom for four seasons, two in the EPL and two in the EFL Championship.

Gibbs began his career at Arsenal where he came through the academy ranks and made his professional debut in October 2007. He went on to make over 200 appearances for The Gunners in all competitions, including 39 in the UEFA Champions League. He tallied six goals and 25 assists for Arsenal.

His arrival will bring experience and leadership to Miami’s roster.

The Philadelphia Union haven’t made many roster moves this offseason, but reportedly could be on the verge of adding a young talent to its midfield corps.

St. Paul and U.S. Youth National Team midfielder Leon Flach is finalizing a move to the Union, Transfermarkt reported Tuesday. The Union will pay St. Pauli roughly $300,000 for Flach’s services, according to the report.

The 20-year-old has represented the USMNT Under-20 squad after previously featuring for Germany’s youth teams. He would not occupy an international roster spot due to being a dual-national.

Flach has made nine appearances in the 2. Bundesliga this season, featuring as a defensive midfielder and also as a left back. His contract with St. Pauli runs until July 2022, but he’s lacked playing time due to the club’s strong recent run of form.

His arrival in Chester would give Jim Curtin a versatile midfielder to go with Jamiro Monteiro, Alejandro Bedoya, and Jose Martinez in the Union’s 4-4-2 diamond set up.

Leerdam signed a three-year contract with the club, after Miami acquired his right of first refusal from the Seattle Sounders. In exchange, the Sounders received $50,000 of 2021 General Allocation Money and $25,000 of 2022 GAM. Leerdam will not occupy an international roster spot as he holds a U.S. Green Card.

The 30-year-old spent the last four seasons with the Sounders, winning one MLS Cup (2019) and three Western Conference titles (2017, 2019, 2020). Leerdam, a right back by trade, has made over 100 appearances for the Sounders in his four years in Seattle, registering 10 goals and 12 assists in that time.

Prior to arriving in MLS with the Sounders, Leerdam spent the first nine seasons of his professional career playing for Feyenoord and SBV Vitesse in the Eredivisie, the first division in the Netherlands.

Stanislav Ivanov will play no part of the early parts of the 2021 MLS season for the Chicago Fire.

The midfielder underwent successful arthroscopic surgery in his left knee to repair a medial meniscus tear, the club announced Tuesday. Ivanov is expected to return to training in four months, ruling him out of the opening three months of the regular season.

Ivanov, 21, joined the Fire this offseason from Levski Sofia of his native Bulgaria. The Bulgarian Youth National Team player scored 12 goals in 88 combined appearances for Sofia before making the move to MLS this winter.

His absence will see increased roles for several of the Fire’s midfield corps including Fabian Herbers, Ignacio Aliseda, and others.

Former Atlanta United interim head coach Stephen Glass is on his way back to Scotland.

Scottish Premiership side Aberdeen announced the signing of Glass as its new manager on Tuesday. Glass was named interim head coach of the Five Stripes in July 2020 following Frank de Boer’s firing.

The 44-year-old previously returned to his head coaching role of USL Championship side Atlanta United 2 before Aberdeen acquired his services. Glass has also served as an assistant coach at Shamrock Rovers before making the move to MLS.

Born in Dundee, Glass played for Aberdeen from 1994-98, making more than 110 appearances and scoring eight goals during five seasons as a midfielder for the club. Aberdeen are currently fourth in Scotland’s top flight and were last led by Derek McInnes, who left the club in March.

Atlanta United and Aberdeen have a strategic partnership, one that has seen several players move between the two clubs including Jon Gallagher and Ronald Hernandez.

Union dealing with injury bug in heat of preseason

The Philadelphia Union is gearing up for its first appearance in the Concacaf Champions League, but may be without the services of several key starters.

Union head coach Jim Curtin gave an update to several players on Tuesday including midfielder Jose Martinez and strikers Sergio Santos and Kacper Przybylko. Martinez suffered a collision in Saturday’s friendly loss to the Chicago Fire, but should be back before the CCL first leg on April 7th.

“We just got the MRI back on Jose and there is no fracture or break in the ankle which is the positive news,” Curtin said Tuesday on a conference call. “It looks like it will be about a one-to-two week recovery for Jose. When it happened live, as a coach you expect and fear the worst.”

Martinez has been ruled out due to an ankle sprain while Santos is still 3-4 weeks out due to a toe problem. Przybylko is out with back spasms, Cory Burke hasn’t participated in preseason camp yet due to a groin problem, and Ilsinho is dealing with a calf injury.

The club is also waiting for offseason acquisition Stuart Findlay to arrive from Europe after dealing with Visa issues. Curtin may need to rely on other players for the time being until the roster is back to full strength.

“We’re going to need everybody when the season begins and luckily we’ve had a lot of young players see time against MLS opposition this preseason,” Curtin told SBI on Monday. “I’ve been pleased with what I am seeing from the young players and how they’ve mixed right into the first team roster. It’s only going to help them improve as players.”

The Union heads to Costa Rican side Deportivo Saprissa in the CCL Round of 16 on April 7th before hosting the Caribbean side at Subaru Park in the second leg on April 14th.

The Western Conference club announced the signing Tuesday, locking Hernandez up to a two-year contract. Hernandez’s deal also includes club options for 2023, 2024, and 2025.

Hernandez, 22, played three seasons at Southern Methodist University in Dallas, Texas. He recorded eight goals and nine assists in 52 overall appearances for the Mustangs and was named to the All-SMU Tournament Team in 2018 and AAC All-Tournament Team in 2019. Prior to his collegiate career, Hernandez captained the Dallas Texans SC Under-18 team which reached the quarterfinals of the Dallas Cup in 2017.

Hernandez signed with FC Dallas’ USL League One side North Texas Soccer Club in 2020, where he scored three goals and recorded one assist in nine appearances.

He recently played in the final 30 minutes of FC Dallas’ 4-0 preseason win against OKC Energy on March 20.