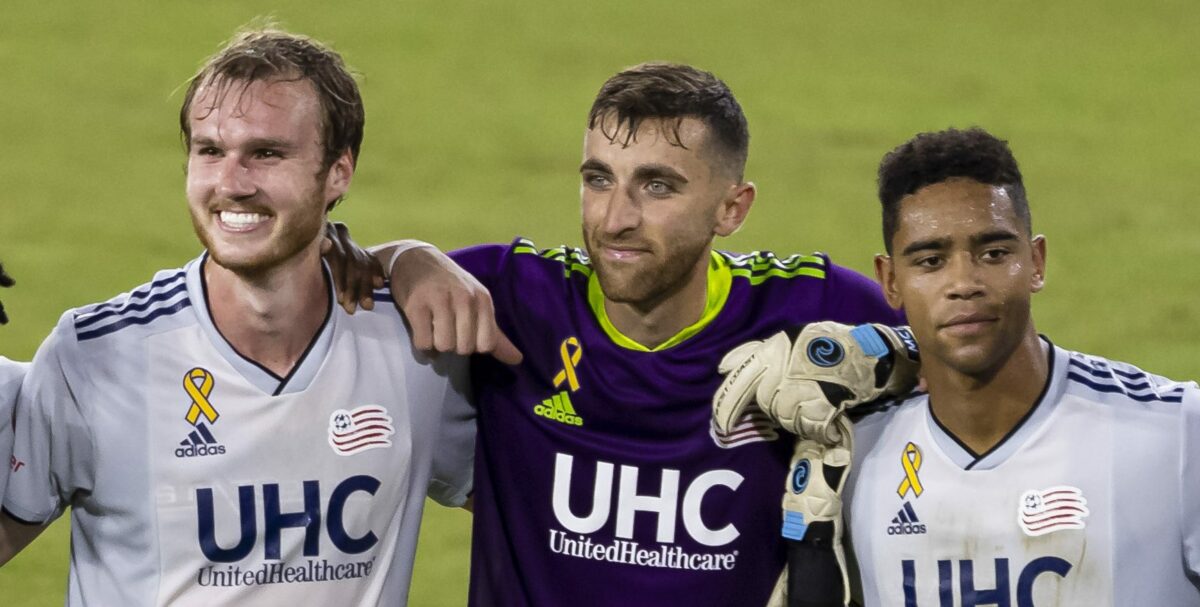 A bittersweet ending to the 2020 Major League Soccer season has the New England Revolution entering preseason ready to establish themselves as a leading Eastern Conference side.

The Revolution had their first official day of preseason camp on Monday and will be spending the next three weeks working on fitness in Foxborough before heading to California for friendly matches.

Having taken the job in the middle of the 2019 season and dealing with a COVID-19 restricted 2020, Arena sees this upcoming campaign as his first full season with his squad.

“We know each other now, I think we’ve built a roster that is stronger than we’ve had in previous years,” Head Coach Bruce Arena said on Monday. “Hopefully, that adds up to some more success during the regular season.”

New England hasn’t finished above seventh in the Eastern Conference since 2015, missing out on the playoffs, making the playoffs just twice in that span. Eighth in the East last year earned the Revs a play-in match, which they turned into a decent playoff run.

“We don’t want to hover around that seven, eight spot, flirting with the playoff line,” Goalkeeper Matt Turner said. “We want to securely in the playoffs fighting for supportive shields, fighting for trophies all season. I think that that’s a very reasonable expectation for this group.”

The eighth-place finish in 2020 provided pretty clear evidence of where the team stands in the absence of captain Carles Gil. The midfielder missed 24 games after suffering an injury to his left Achilles tendon, returning a month before the playoffs began. Gil led the way in the team’s run to the Eastern Conference semi-final, scoring twice and assisting three goals.

“Like all players, they not as fit as they need to be right now, but he looked pretty good in the first day of training,” Arena said of Gil. “He’s an experienced player, a good teammate, and obviously, you know, we know he makes our team better when he’s on the field.”

With Gil healthy, the Revs expect that playoff form to carry into the upcoming regular season.

“I feel really good physically right now. We know it’s only been two days so far, but we all feel good,” Gil said Tuesday. “We’d all like to win a trophy this year, we came close. The goal is to exceed those expectations and pick up where we left off.”

With a core already established in New England, the team focused on making replacements to the bottom half of its roster this off-season.

Kelyn Rowe and Lee Nguyen left following a second stint in New England while Diego Fagundez ended his 10 year run with the Revolution, signing with Austin FC as a free agent.

Having limited opportunities to scout internationally due to the continuing pandemic, Arena turned to players he’s familiar with to fill his roster.

A.J. DeLaGarza and Emmanuel Boateng add options at full back and out wide respectively. Both players join with plenty of league experience, including time under Arena with LA Galaxy.

The Revs also made a switch at left back, bringing in Christian Mafla from Atlético Nacional. The Colombian replaces Alexander Büttner, who departed New England by mutual consent in January.

With the season a little over a month away, Arena hasn’t ruled out further additions to his 2021 roster.

“I think we’ll bring in possibly another player before the season starts,” Arena said. “Then evaluate where we are during the season and see if there’s any additions we need to make in the summer transfer window.”

While Arena didn’t provide specifics about the possible acquisition, the only obvious area the Revs can use some help is in central defense. The signing of Collin Verfurth from Revolution II adds a third behind Henry Kessler and Andrew Farrell but if depth is tested throughout the season, the Revs could run into some trouble.

The international breaks during the MLS off-season presented a series of firsts for three Revs players who shined in 2020.

After two seasons as one of the league’s best goalkeepers, Matt Turner earned his first cap for the U.S. Men’s National Team in January. The 26 year-old saved a penalty in the 7-0 rout of Trinidad & Tobago and is looking to carry that experience into a successful 2021 domestic season.

A standout rookie season earned Henry Kessler his first international call-up, joining the U.S. Under-23 Men’s National Team in January. The 22 year-old has an opportunity to carve out a starting spot under Head Coach Jason Kreis after being named to training camp ahead of Concacaf Olympic qualifying on Monday.

“He knows that this is a good opportunity for him and he really is motivated to make that 20 man squad,” Turner said of his teammate. “I know he’s gonna do great and represent our club really well.”

In his press conference on Monday, Bruce Arena also provided an update on the team’s USL League 1 affiliate, Revolution II.

The team finished ninth in their inaugural season, but Arena sees 2021 as a chance for academy players to get some games at that level.

“Hopefully we can make progress there where we’re developing some of our own players, “the 69 year-old said. “In the second year, it’ll be a little bit of a smoother operation and hopefully we keep moving players along in development.”

The COVID-19 pandemic prevented teams from sending first team players to affiliate clubs, but Arena is hoping that changes this season.

“I would have sent Damian Rivera, Justin Rennicks, those type of players, they didn’t have the opportunity to go down and then backup to our team,” Arena said.