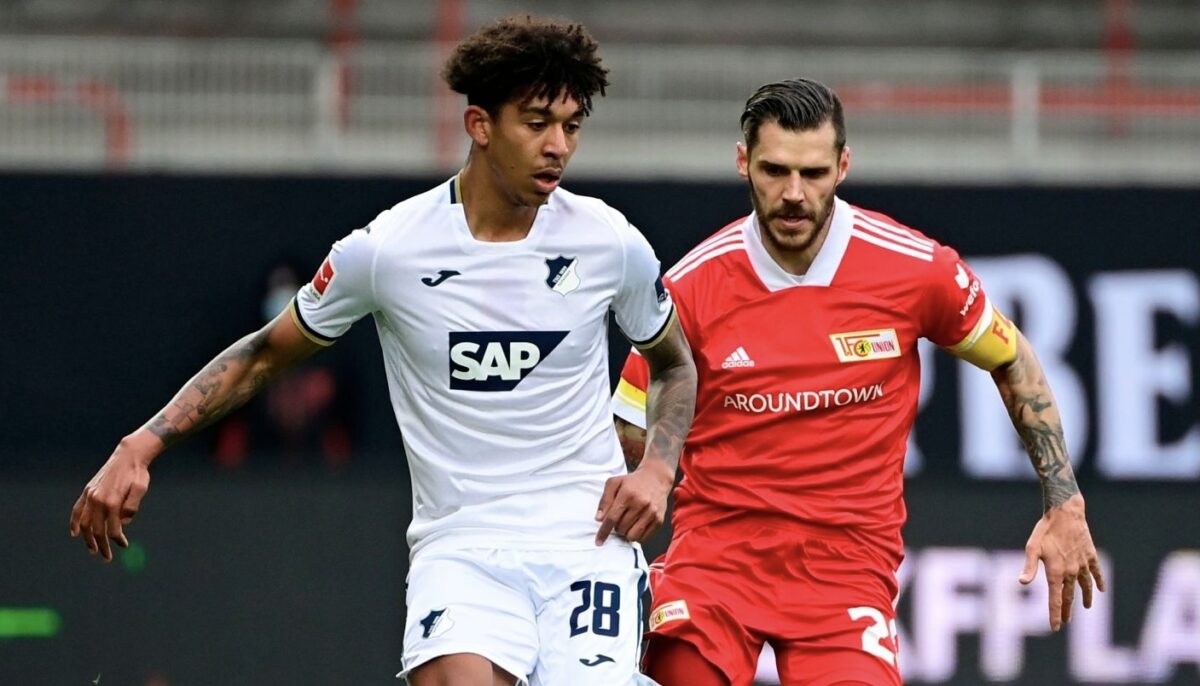 Chris Richards has slowly earned a starting role on loan at Bundesliga side Hoffenheim and is eager to continue taking steps forward for the club.

The Bayern Munich loanee has made five combined appearances so far since his arrival at the club, with three of those coming in league action. Richards also in both of Hoffenheim’s Europa League Round of 32 legs against Norwegian side Molde despite the German club being eliminated on a 5-3 aggregate scoreline.

After waiting for his chances at Bayern Munich this season, Richards has jumped into the plans in Sebastian Hoeness’ side and not looked back.

“I feel good,” Richards said in an interview with FCB Inside. “I’ve played a few games over 90 minutes, some important ones. It’s really good to have 90 minutes in your legs for several weeks now, so everything is wonderful.”

Richards rotated between Bayern’s first and second teams in the early stages of 2020 before heading out on loan to Hoffenheim. Not only did the move reunite Richards with his former U-19 and U-23 manager Hoeness, but it gave him the opportunity to follow in the footsteps of two of his Bayern teammates.

Both David Alaba and Serge Gnabry both spent time on loan with Hoffenheim and since have developed into stars at their respective positions. Richards becomes the latest Bayern Munich talent to head to Hoffenheim in hopes of developing as a professional and since has showed promising signs for the club.

“The two certainly had an influence on my decision,” Richards said about his connection with Alaba and Gnabry. “It is a real inspiration for me to follow her career and get her first hand experience. That was one of the reasons to move to Hoffenheim.”

Richards recently played 90 minutes in a 1-1 league draw with Union Berlin and will hope to be in the starting lineup for Saturday’s date with in-form Wolfsburg. Should Richards get the nod, he could lineup against international  teammate John Brooks, who has been sensational for the current third-place visitors this campaign.