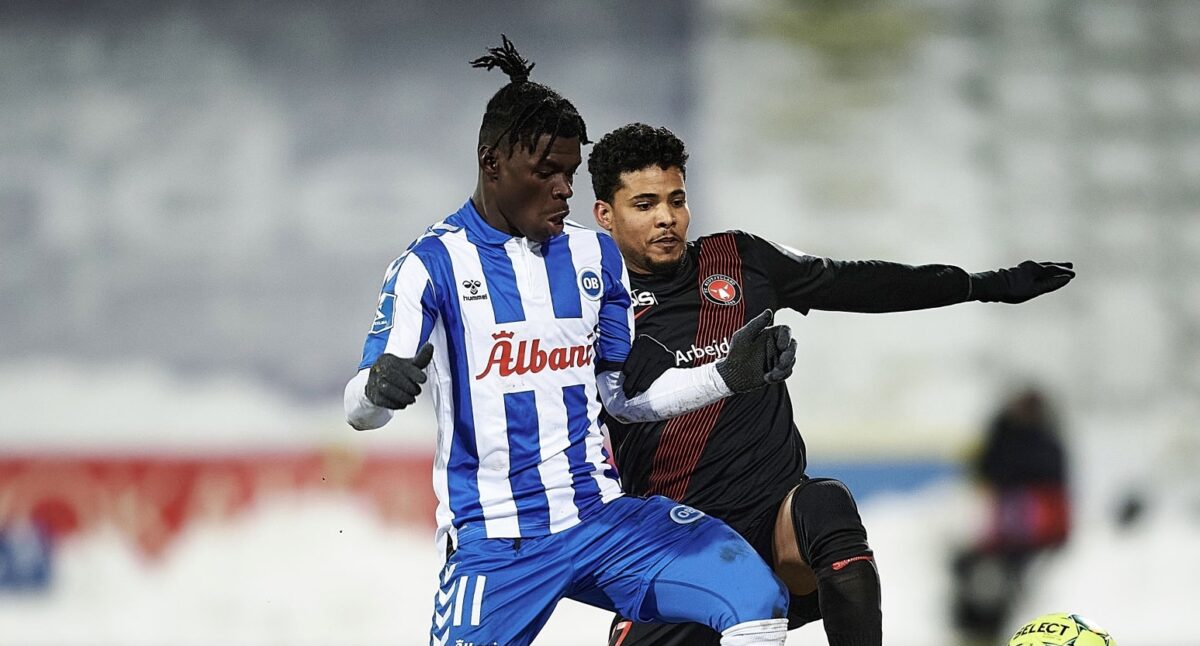 Emmanuel Sabbi and Odense’s dreams of clinching a top-six spot in the Danish Superliagen this season are all but over following a lopsided defeat to Brondby and the American forward is disappointed with the recent results put in by him and his teammates.

The club sits in ninth place with one match remaining before the top-six and relegation playoffs begin in Denmark. Odense’s current three-match winless run now sees them needing a four goal victory over Aalborg on the final day of the regular season schedule paired with a Sonderjyske loss.

Sabbi, who joined from second division side Hobro last summer, remains one of the club’s bright spots, but admitted the recent run of form has truly hurt Odense’s chances of qualifying for Europe.

“It’s disappointing,” Sabbi said in an interview with Danish outlet Bold. “We should have come in the top six, but we’ve had a couple of games where we were not sharp enough and lost our heads. Such are the consequences.”

“It was not only in this match. For example, my red card ruined it for the team [against Lyngby], where we did not get three points on an evening where we should have picked up three points, but we lost instead. It’s points like those that hurt to have lost at the end of the season when the battle to get into the top six is ​​so close.”

Sabbi has scored five goals and registered four assists in 22 combined appearances for Odense, with four of those goals coming in league play. The 23-year-old has also seen the club get eliminated from the Danish Cup and suffer disappointing results against some of the lower sides in the league table.

Odense players including Sabbi will also play under a new manager following the club’s firing of Jakob Michelsen on Monday. The club has struggled for consistency in most of the current campaign, but has a new chance to make things right, starting with Sunday’s match at Aalborg before several playoff matches against five other clubs.

Horsens (17 points) and Lyngby (12 points) are bottom of the Superliagen table with only six league victories between them.