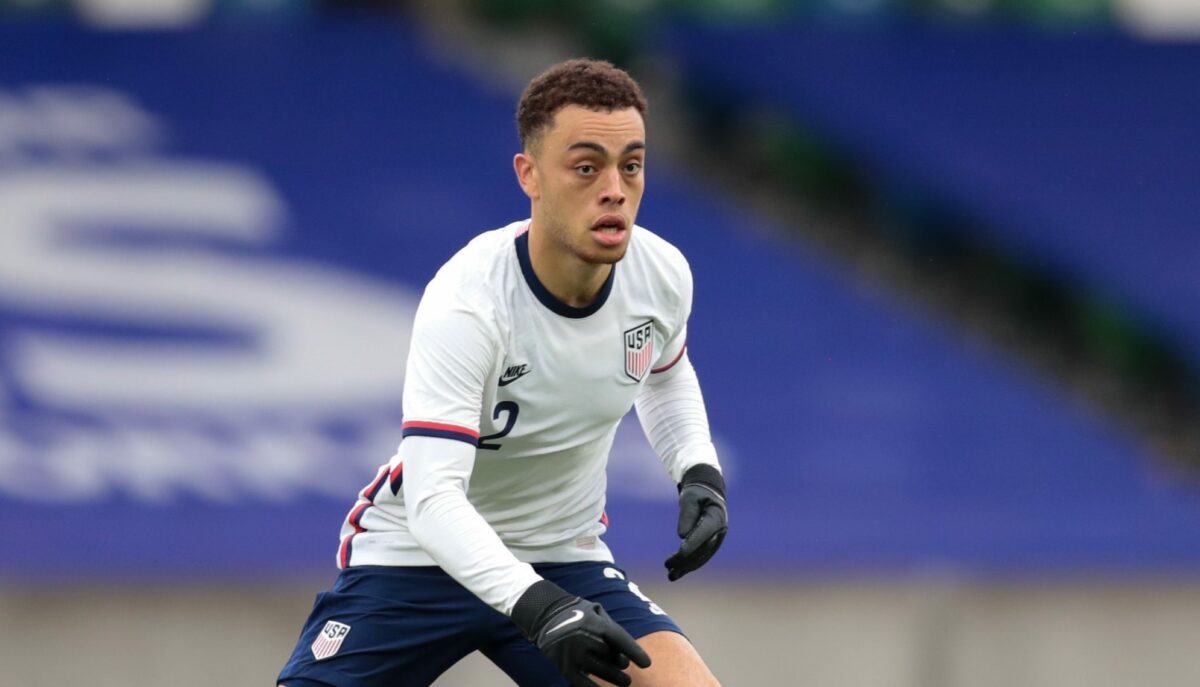 Friendly matches are often used for experimentation, usually of players but also sometimes of ideas, tactics, and formations.

The USMNT wrapped up its March training camp on Sunday with a 2-1 road win vs. Northern Ireland, and the victory came with the Americans playing in a new formation. Head coach Gregg Berhalter opted to go with a 3-4-3 setup rather than the usual 4-3-3 he has trotted out, and his players grew into the system as the game at Windsor Park in Belfast wore on.

Not only did the USMNT boss possession for large spells in the formation, but the team began to look more dangerous and create more opportunities the more the game progressed. This despite having very limited time to prepare for playing in that shape — just two days — prior to the exhibition.

“There were good parts but we still have a lot of work to go in the spacing to really hurt the opponent,” said Berhalter. “We got into some really good positions but we were not able to hurt the opponent enough. Overall, I am proud of the guys the way they took in that information and I am also happy the way they executed on it.”

While Berhalter’s side did not overly threaten in the final third until a slew of second half substitutions were made by both teams, the Americans still looked fairly comfortable in the 3-4-3 for much of the match.

The centerback trio of Aaron Long, Matt Miazga, and Tim Ream were only really troubled when poor turnovers by the midfield led to quick counterattacks. Wingbacks Sergiño Dest and Antonee Robinson got forward well to both help circulate the ball and whip in crosses. Young attackers Christian Pulisic and Giovanni Reyna were involved playing more centrally and underneath lone striker Jordan Siebatcheu.

Of course, the USMNT did not score until the 30th minute when Reyna took a shot from distance that took a wicked deflection. Still, there were promising signs on the whole as far as Berhalter and his players were concerned.

“I think it gives the team a lot of stability in the back,” said USMNT captain Pulisic, who scored the winner on a penalty kick in the second half. “It allows you to swing the ball around just having that extra man in the back and having that five. It just allows me to come inside a bit more and for me to find that space in the pocket, but I think we did a good job today.

“We could have done a bit better I thought in the first half of really just staying a bit calmer on the ball and playing a bit more simple, but I think in the end it looked good.”

What exactly led Berhalter to experimenting with the formation and moving away from his tried and trusted 4-3-3 were a few things. First, he said he wanted “some protection for second balls” given that Northern Ireland started the friendly with two tall strikers that were hard to win first balls off of.

Secondly, the USMNT coach believed having a midfield line of four could “exploit some spaces” vs. the European nation’s shape. Thirdly, he wanted to continue to “challenge” his group with the new tactical wrinkle.

“What I liked though is that the guys still tried,” said Berhalter. “You see in the second half there was a period where we really came up and took possession of the ball and moved it around nicely. Overall pleased with the effort to execute the game plan.”

How often the Americans turn to this new 3-4-3 look is unknown, especially with more meaningful matches coming up for much of the rest of the year. That said, the USMNT now has another weapon in its arsenal.

Sunday’s win stood as the introduction.

“I was happy with my performances and the team’s,” said Pulisic. “It is really, really good and helps our confidence going out and getting two good results. … I am definitely proud of the guys.”