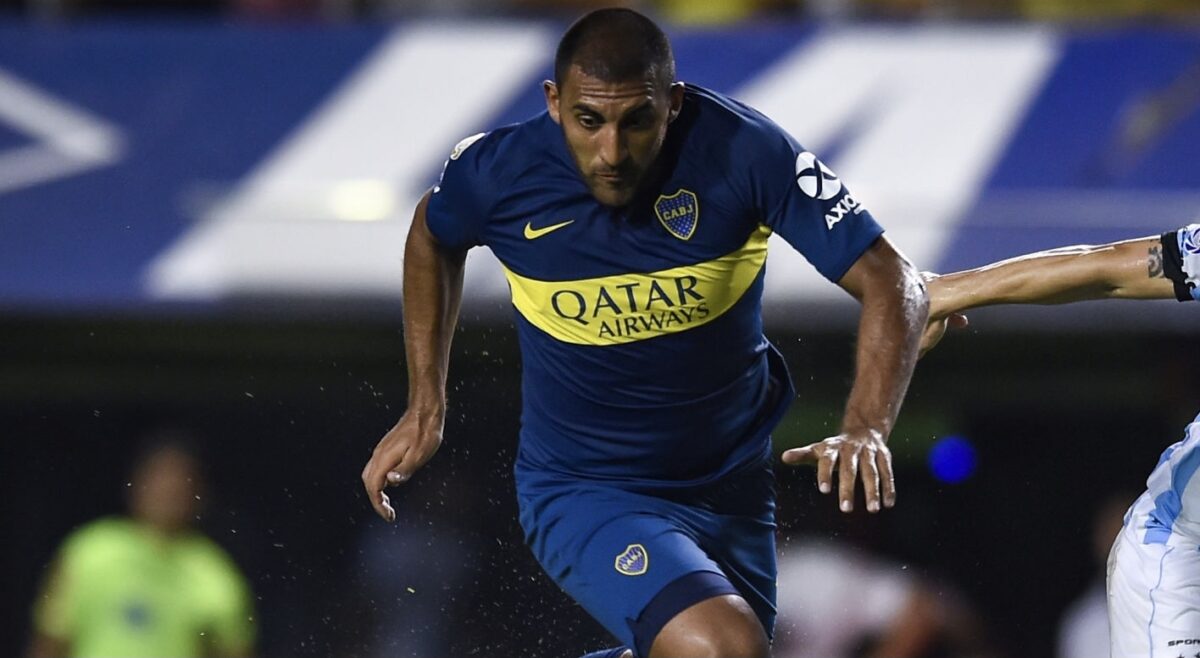 FC Cincinnati, NYCFC, and Austin FC were among the teams to have busy winters on the international player market, adding talented players to the mix in hopes of improving their chances heading into the 2021 season. Other clubs made roster pick-ups from abroad including Atlanta United, LAFC, and FC Dallas, hoping to find the next MLS star.

Here is a closer look at some of the top newcomers to watch in the 2021 MLS season (the list excludes Americans who have arrived in MLS from abroad for the first time. Those players were featured here.):

Orlando City added a former European star to the mix in the form of Alexandre Pato.

The former Brazilian international comes to MLS from Sao Paulo after seeing his career hit a standstill. Pato provided many exciting moments for club and country in the past and will now look to fit right into the Lions set up, which already features Chris Mueller, Nani, and current loanee Daryl Dike.

His wealth of experience should be a boost to the Lions, who are coming off their first playoff appearance.

FC Cincinnati hasn’t found life in MLS as glamorous as it had hoped it would be, but its biggest offseason signing could play a key role in the club’s resurgence up the table.

Brenner made the move to FC Cincy for a reported fee of $15 million from Brazilian side Sao Paulo. The 21-year-old doesn’t have tons of professional experience under his belt yet, but will be expected to hit the ground running in Ohio after a large transfer fee was paid for his services.

Minnesota United needed striker help this offseason and will hope to have found their new star in loan signing Ramon Abila.

The 31-year-old makes the move to MLS on loan from Argentine giants Boca Juniors. Abila comes into Adrian Heath’s squad, looking to make the starting striker spot his after several professional seasons in South America.

Abila totaled 23 goals in 48 league appearances for Boca Juniors and should fit into the Loons dynamic attack nicely.

Sporting KC added midfield help in the form of Remi Walter this offseason, giving Peter Vermes’ group some more bite in the middle of the park.

Walter, 25, played several seasons in his native France before spending one season in Turkey in 2020. Now he comes into the fold in Kansas City, hoping to jump right into the mix of the midfield of one of the Western Conference’s top contender for the division.

Josh Wolff has several new faces to call on in Austin FC’s inaugural MLS season and Tomas Pochettino will be one of the most important ones.

The 25-year-old Argentine is expected to be one of the star playmakers for Austin FC this season, making the move from Talleres de Cordoba this offseason. Pochettino is an energetic and clever midfielder, who could see time at several midfield roles for the club.

Matias Almeyda will have his own playmaking talent to call on in San Jose this season, following Javier “Chofis” Lopez’s arrival from Mexico.

Lopez has been a regular at Chivas de Guadalajara over the past few seasons and overall has accumulated over 150 appearances for the Mexican giants in all competitions. The 26-year-old loanee will hopefully slide right into Almeyda’s set up out West and spark the Earthquakes into the playoff hunt in 2021.

While much of the attention on Atlanta United centers around its attacking players, Sosa’s addition as a midfield disruptor is important. The 21-year-old Argentine joins the Five Stripes from River Plate, for which he seldom played, but Heinze is likely to turn to Sosa as the No. 6 on a regular basis given his familiarity with the youngster and the offseason departure of defensive midfielder Eric Remedi.

Inter Miami will hope that Gregore solidifies the club’s midfield after joining from Bahia earlier this year.

The Brazilian defensive midfielder has totaled over 200 professional appearances to date and will provide cover for the loss of Wil Trapp this offseason. Gregore may not start every game for the second-year club, but he will likely see time off the bench to start.

Dominguez, 26, has played in over 300 matches in his career and can see time as a forward or winger in Josh Wolff’s set up. The Paraguayan international will look to form a strong partnership with fellow attacking acquisition Tomas Pochettino this season.

Caio Alexandre was acquired from Botafogo this offseason to bolster the midfield and inject some much-needed creativity in the final third. The Whitecaps often lacked inspiration when attacking last season, with only Real Salt Lake scoring fewer goals than the Canadian side in the Western Conference. Caio Alexandre featured prominently for a struggling Botafogo side last year, registering four goals in 34 appearances.

The Brazilian’s arrival addresses a clear need in the midfield and should help the side progress possession efficiently. Caio Alexandre is your classic box-to-box midfielder and will be hoping to play a crucial role on both sides of the ball.

The uncertainty surrounding Cristian Pavon’s future as a member of the LA Galaxy has been made a bit easier to deal with after the signing of Kevin Cabral as a young Designated Player. The speedy French forward should give the Galaxy attack some much-needed pace, especially if Pavon winds up not returning.

The 21-year-old Cabral arrives from the French second division, but the price tag paid to land him shows the Galaxy see him as having the talent to develop into a true difference-maker.

FC Dallas will try to improve its defensive inconsistencies in 2021 and Jose Antonio Martinez is a valid option to start at centerback. The 28-year-old has had a lengthy career in Spain, but now comes to MLS in hopes of a new chapter of his career. A tall and physical defender, Martinez could start next to Matt Hedges on Week 1.

The L.A. Galaxy will be looking to also tighten up defensively in Greg Vanney’s first season in charge and Derrick Williams was brought in to help that goal.

Williams has been a regular with Blackburn Rovers and Bristol City in the EFL Championship, but now comes into a new league and club in North America. The 28-year-old is strong on the ball and will be one of Vanney’s key defensive options this season.

The Atlanta United defense was a shaky group in 2021, struggling to cope with the departure of Leandro Gonzalez Pirez and retirement of Michael Parkhurst, but Gabriel Heinze has added a strong centerback partner for Miles Robinson in Franco, a veteran Argentine with the pedigree to be a standout.

The former Independiente defender signed with Atlanta United as a Designated Player, meaning expectations will be high from the start, but his combination of tough tackling and confidence on the ball should make him an ideal fit in the Five Stripes setup under Heinze.

FC Dallas has revamped its wing options with a pair of impressive newcomers, and Obrian is the more highly-regarded threat as the replacement for Michael Barrios. The Colombian speedster has already begun to impress in preseason and Luchi Gonzalez will be counting on him to produce goals and assists in order to follow in the footsteps of FC Dallas wingers like Barrios and Fabian Castillo.

Obrian isn’t the only winger FC Dallas brought on. Freddy Vargas is projected to start on the left wing and the 22-year-old Venezuelan has enjoyed a very impressive preseason.

24-year-old Claudio Bravo comes into the Portland Timbers squad, hoping to make an early impression for the Western Conference club.

The left back played in over 50 matches for his native Banfield and will try to carry that consistency over to Portland. Bravo is a strong defender, something that Portland will hope he can continue in 2021 as the Timbers remain a consistent threat for MLS Cup.

To bolster an already threatening attack, the Revolution added Iceland international Arnór Ingvi Traustason this off-season. The 27 year-old wide midfielder brings 11 years of European experience to New England, including over 30 matches in the UEFA Europa League.

Traustason earned an international call-up for World Cup qualification shortly after making his move official in mid-March. He appeared in all three of Iceland’s matches and picked up an assist in Iceland’s 4-1 win over Liechtenstein.

Hwan played in over 105 matches for his native Busan IPark in South Korea, serving as a left back even as an extra midfielder at times. LAFC is a top contender in the Western Conference and the league and Hwan should fight for minutes in an already-dangerous squad.

Since the days of Donovan Ricketts, the Galaxy have been in search of a long-term option at the goalie position and Jonathan Bond is doing everything in his power during the preseason to show he is up to the task.

Bond joins the Galaxy on a free transfer from West Bromwich Albion FC  and is the favorite to win the starting keeper position over United States Youth international Jonathan Klinsmann.

One of the more intriguing signings of the winter, the 38-year-old Lisandro Lopez brings an impressive resume and decades of experience to the Atlanta United forward line.

Just two years removed from leading the Argentine League in goals while leading Racing Club to a league title, Lopez has struggled to produce in the two years since. At the very least he should help provide a good influence in the locker room to help Gabriel Heinze’s project, and he could wind up being an invaluable piece in the Atlanta attack with his versatility and veteran savvy.