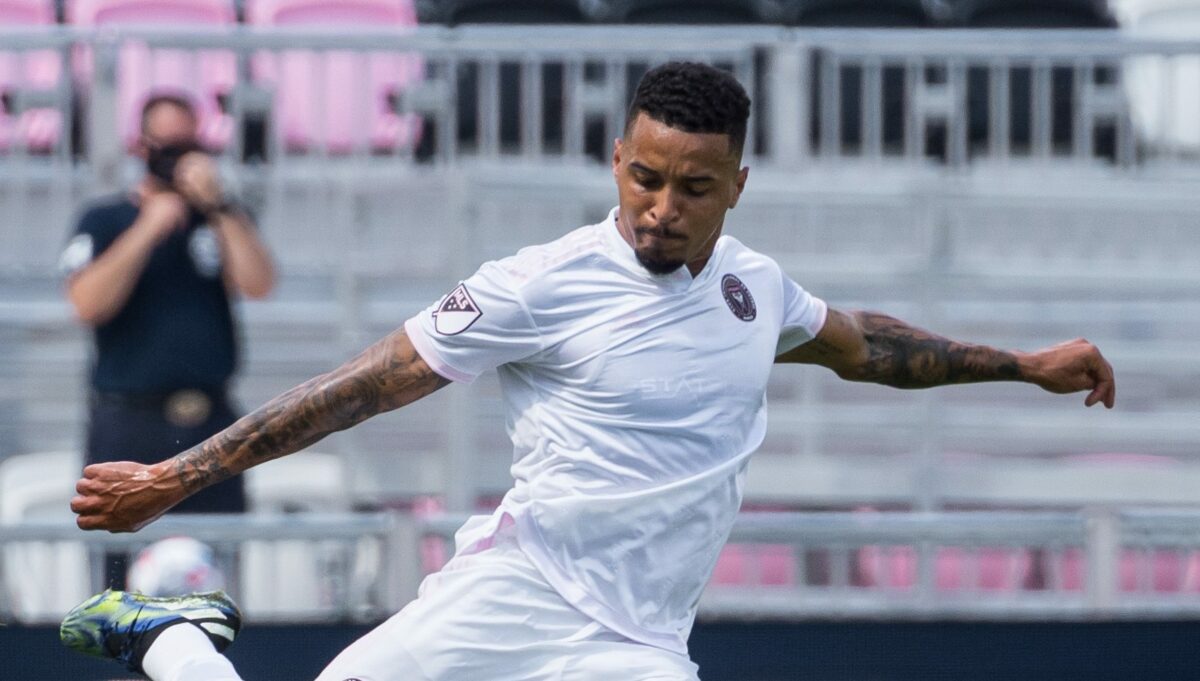 Inter Miami newcomer Gregore showed some positive things in his MLS debut this past weekend, and the team is convinced that was just a sign of things to come.

Gregore made his first appearance for Inter Miami in last Sunday’s season-opening defeat to the LA Galaxy, and he provided some toughness and bite to the center of the park. The Brazilian central midfielder that was the Herons’ most expensive signing this offseason did so despite not being at peak fitness after only recently arriving to South Florida, and he continued to impress head coach Phil Neville as a result.

Signed to a four-year Targeted Allocation Money (TAM) contract from Bahia in his native land this February, Gregore has entered the campaign as Inter Miami’s most expensive signing from the offseason. The veteran had been scouted and approached by sporting director Chris Henderson as far back as “two years ago” when Henderson was still with the Seattle Sounders, and Gregore is expected to help improve the Herons on both sides of the ball.

Like a lot of the Inter Miami squad right now, however, the 27-year-old defensive midfielder is currently working his way back to full fitness. He only joined the team for preseason preparations at the start of April, and is still building up to peak conditioning levels.

“The rhythm of the league here is a little bit different and more intense than what I am used to, the players are faster, so I have tried adapting as quickly as possible physically,” said Gregore through a translator. “I am doing a lot of specific workouts here at the club with all of the staff.”

Gregore is also still adjusting to what Neville wants from him tactically while playing next to Blaise Matuidi in the first line of the team’s midfield. The Inter Miami manager has asked Gregore to be “dynamic” in pressing and to also help with the build-up of play when the ball is recovered, two areas that the team struggled with in 2020 under previous head coach Diego Alonso.

The tenacious TAM player is also working to learn English, taking classes up to three times a week. He is facing a lot challenges right now as he adapts to his new life in a new country and league, but is tackling them as intensely as he does an opponent on the field.

“He has come in and I knew his ability, but his character has surprised me a lot in terms of his willingness to learn every single day,” said Neville. “He will sometimes come to my office and we will talk through how we want the team to play, what his positions are, how is going to connect with everybody on the team. … The boy has come here to win. I have got to say you can tell by the way his actions are, the way he speaks, his body language. He has come here to win and he is really determined.”

Added Gregore: “I want to work every day and learn with him and the staff and my teammates, with the older players and with the younger players, and be better every day than I was in previous games and practices. The mentality I have is to always evolve and develop so as to always give my best to my team.”

It is early days for Gregore with Inter Miami, but the initial returns have been promising as far as the team is concerned and the belief is that there is plenty more to come.