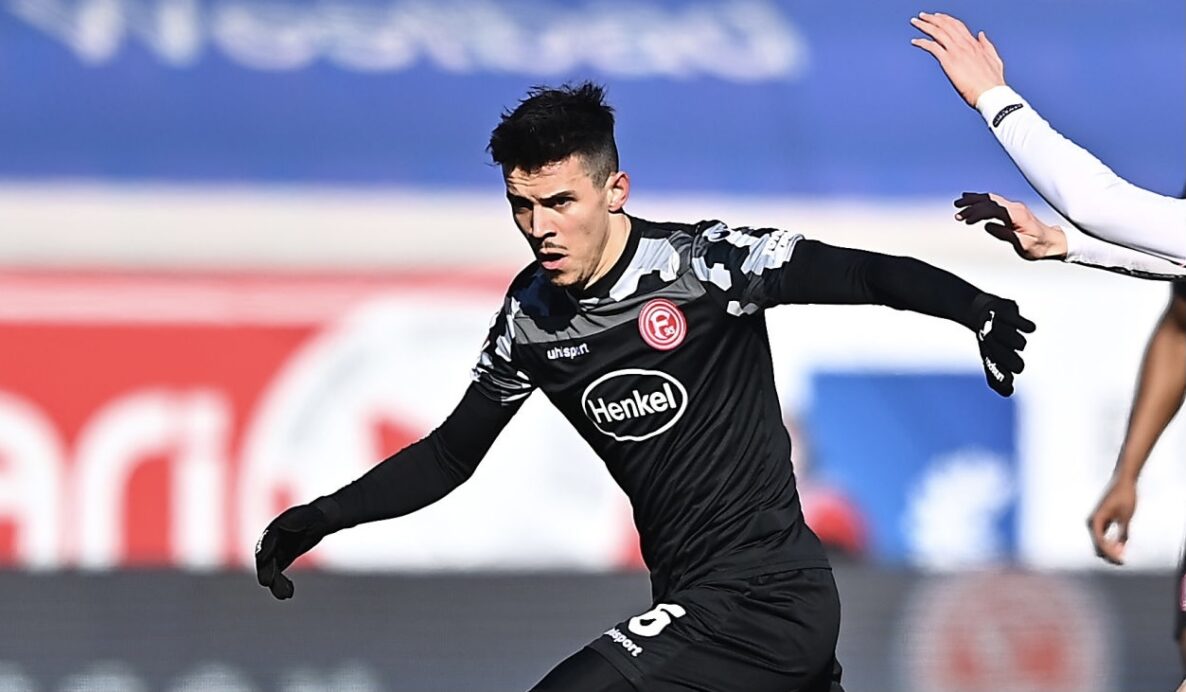 Alfredo Morales will become the latest American player to make the move from Europe to MLS ahead of the upcoming league season.

NYCFC announced the signing of the veteran midfielder on Wednesday from 2. Bundesliga side Fortuna Dusseldorf. Morales’ contract will run through the 2023 MLS season and also comes with a club option for 2024.

Morales arrived in New York last week and is expected to be available for the club’s final preseason friendly on April 10th against Hartford Athletic. NYCFC opens its 2021 regular season schedule on April 18th at D.C. United.

The midfielder began his career with hometown club Hertha Berlin and graduated from its youth academy. Morales also spent time with FC Ingolstadt 04 and most recently Fortuna Dusseldorf in the German first and second divisions.

Morales played in more than 100 matches in both the Bundesliga and 2. Bundesliga across the three clubs and helped Hertha Berlin win promotion in 2011 and 2013 while also pushing Ingolstadt to the Bundesliga in 2015. He scored 12 goals and added 16 assists from his midfield position throughout his time in Germany.

Born in Berlin, Morales represents the United States on the international level and has earned 16 caps for the USMNT. He last featured in Concacaf Nations League matches against Canada in Cuba in 2019.

Minnesota United needed attacking help this offseason and added another experienced player to the mix on Wednesday.

Adrian Heath’s side announced the loan signing of Argentine forward Ramón Ábila from Boca Juniors of the Argentina Primera División. The Loons acquired Abila using Targeted Allocation Money and his loan comes with an option to buy. He will occupy an international roster spot on the Loons roster for 2021.

The 31-year-old joins Minnesota United from Boca Juniors, where he was a former teammate of current Loon Emanuel Reynoso. With 81 total appearances for Boca, across all competitions, Abila has scored 34 goals and added 13 assists in total.

Schon makes the move to MLS, inking a three-year contract at FC Dallas which comes with club options for the 2024 and 2025 seasons. Schön will join the club upon expiry of his contract with MTK Budapest and occupy an international slot.

The 20-year-old former Hungarian Youth National Team player scored 14 goals and recorded 10 assists for MTK Budapest in 55 appearances across all competitions. He began his soccer career in the Budapest Honvéd academy in 2009. In 2017, Schön joined AFC Ajax’s academy where he participated in the UEFA Youth League and U-18 Cup Netherlands competitions.

He helps fill the void left by Michael Barrios’ departure to Colorado this offseason.

FC Cincinnati have bolstered its roster ahead of the new season, signing defender Avionne Flanagan to a one-year contract with three additional option years.

The Orange and Blue selected the defender with the No. 29 overall selection in the 2021 MLS SuperDraft. Flanagan, 22, played three full seasons at the University of South Florida (2017-19) prior to being drafted, where he made 48 appearances, including 41 starts, scoring four goals and adding seven assists.

The defender was named to the AAC All-Conference First Team in 2019 following his junior season. Flanagan made an additional three appearances for the Bulls this season prior to joining FC Cincinnati for preseason.