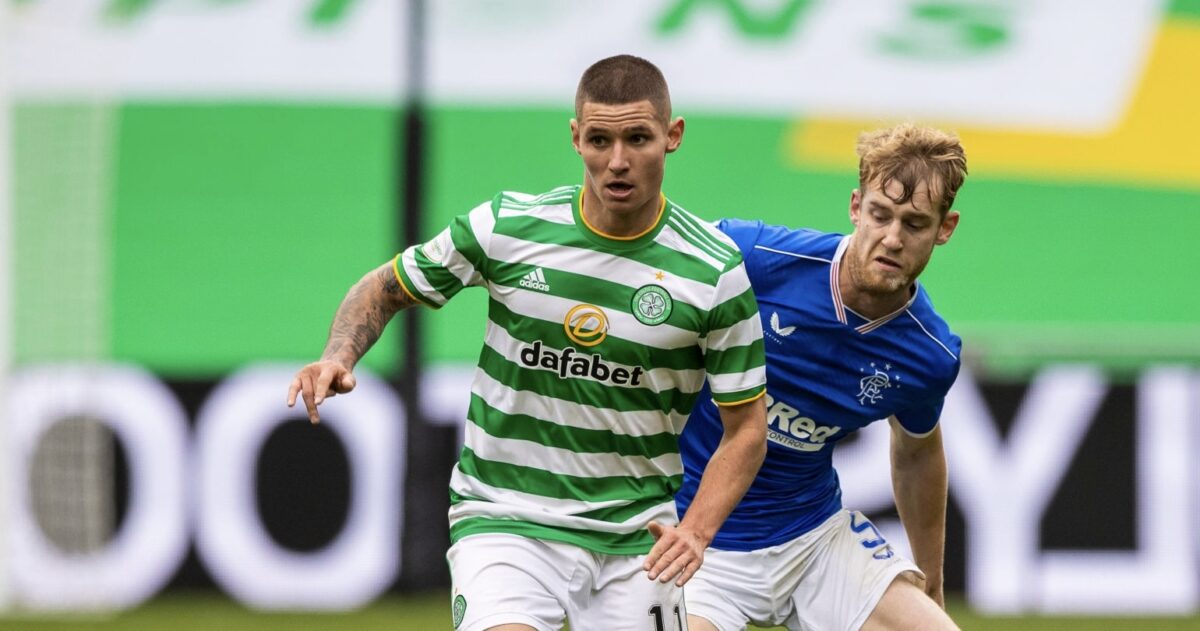 The New York Red Bulls added a youthful attacking player to the mix with the acquisition of Polish youth international striker Patryk Klimala signing on Thursday.

Klimala signed a four-year MLS contract with the Eastern Conference club, joining from Scottish Premiership side Celtic FC. He will occupy a Young Designated Player and International spot on the Red Bulls roster.

The 22-year-old recently signed with Celtic in January 2020 and made his first appearance a week later in a 3-0 Scottish Premiership win over St. Johnstone. Klimala totaled 28 appearances for the club, scoring three goals and adding one assist in 681 minutes played across all competitions.

Prior to his move to Scotland, Klimala played in his native Poland for Jagiellonia Bialystok and Wigry Suwalki. He has been a main player for several Polish Youth National Teams, featuring for the Under-19’s, U-20’s and U-21’s. He has recorded 15 caps for his country, scoring four goals and accruing 1,084 minutes played.

New York lost 2-1 to Sporting KC on Opening Day, but will try to rebound at the L.A. Galaxy next weekend.

Ismaila Jome was expected to play a vital role for the Portland Timbers in his first MLS Season, but will now watch the rest of the way from the sidelines.

Portland announced Thursday that Jome underwent a successful surgery on his left Achilles tendon after rupturing it in training on Monday. He has been ruled out for the rest of the 2021 season and will begin rehabilitation immediately.

The Gambian-born midfielder/defender signed a one-year deal with the Timbers in early April, featuring in both legs of Portland’s Concacaf Champions League Round of 16 series with CD Marathon. A former collegiate player at UC Santa Barbara, Jome has mainly played in the lower leagues of the American soccer pyramid prior to his signing with Portland.

Jome becomes Portland’s first player ruled out for the entire season in 2021.

The Philadelphia Union are reportedly looking to add attacking help to their roster and could be in the mix for a move in the near future.

Hungarian midfielder Daniel Gazdag has been linked with a move to the Union, Csakfoci reported Thursday. The Philadelphia Inquirer later confirmed the report, but for now Gazdag remains a Budapest Honvéd player.

Gazdag, 25, has scored 18 goals and contributed seven assists in 31 combined appearances for Honved this season in the NB I division. He’s earned six caps with the Hungarian National Team, and in the past was linked with a move to Turkey.

Honved is currently 10th in the 12-team division, sitting four points clear of the relegation zone with three matches remaining on its schedule. Gazdag’s contract is set to expire in June 2023, but the club could sell him at the end of the Hungarian league season in order to recoup funds for the future.

The Union have been thin at the attacking positions so far this season, but Sergio Santos recently returned to action. Cory Burke and Ilsinho are set to play a limited role in this weekend’s MLS clash with Inter Miami, while Jack De Vries remains in concussion protocol.