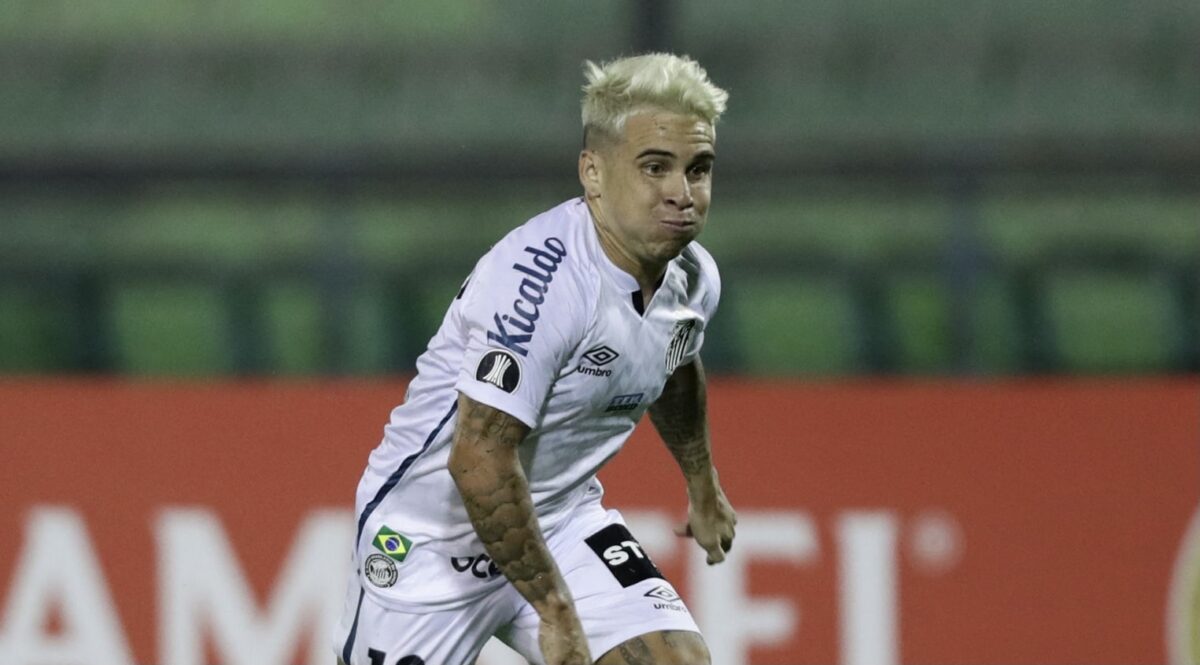 Toronto FC hopes to have found its next star after signing Yeferson Soteldo to a Designated Player contract on Monday afternoon.

Soteldo, a midfielder/forward, joins from Brazilian club Santos FC after signing a five-year contract with the Eastern Conference club. He will be added to the roster pending receipt of his International Transfer Certificate (ITC), work permit, as well as completion of a successful physical.

The 23-year-old joined Santos in January 2019, and went on to make 104 appearances, scoring 20 goals and adding 17 assists. Last season, Soteldo was named to the 2020 Conmebol Copa Libertadores Best XI, and made the 2020 Team of the Year in the Campeonato Paulista (São Paulo’s premier state championship).

Soteldo began his career in his native Venezuela at Zamora Fútbol Club and also played for Chilean side Huachipato. He won three league titles in Venezuela and also featured in multiple competitions for both teams.

He’s also earned 19 caps for the Venezuela National Team during his career and should fit in nicely into TFC’s attack, which features Jozy Altidore, Ayo Akinola, and Alejandro Pozuelo.

Portland acquired Perez through the MLS Allocation Process and since has loaned him to fellow MLS side Austin FC for the 2021 league season. The Timbers received Austin’s natural third-round pick in the 2023 MLS SuperDraft and could receive additional General Allocation Money based on Perez’s performance with the expansion club.

The 22-year-old tallied one goal and five assists in 37 appearances across all competitions in two seasons for USL club North Carolina FC (2019-20). Perez was also a part of the USMNT U-20 that won the 2018 Concacaf Under-20 Championship.

Perez, a North Carolina native, played two collegiate seasons at NC State (2017-18), where he tallied six goals and nine assists in 29 games played. He signed with Scottish club Celtic in January of 2019 and was immediately loaned to USL Championship side North Carolina FC.

Austin FC is coming off its first MLS victory on Saturday in Colorado.

FC Cincinnati made several attacking acquisitions this offseason, but reportedly is in the mix for another.

Dutch midfielder Kevin Felida is linked with a move to FC Cincy, Voetbal International reported Monday. However, FC Groningen and Toulouse are also in the mix for the FC Den Bosch midfielder’s signature.

Felida’s contract expires in June 2022 and FC Den Bosch, who competes in the Dutch second tier, are looking to fetch the largest transfer fee possible, according to the report. The 21-year-old Den Bosch academy product, has made 102 appearances for the first team, scoring five goals and adding nine assists.

He’s made 31 appearances this season, primarily used as a defensive midfielder.

Den Bosch sits in 19th place out of the 20-team Eerste Divisie table.