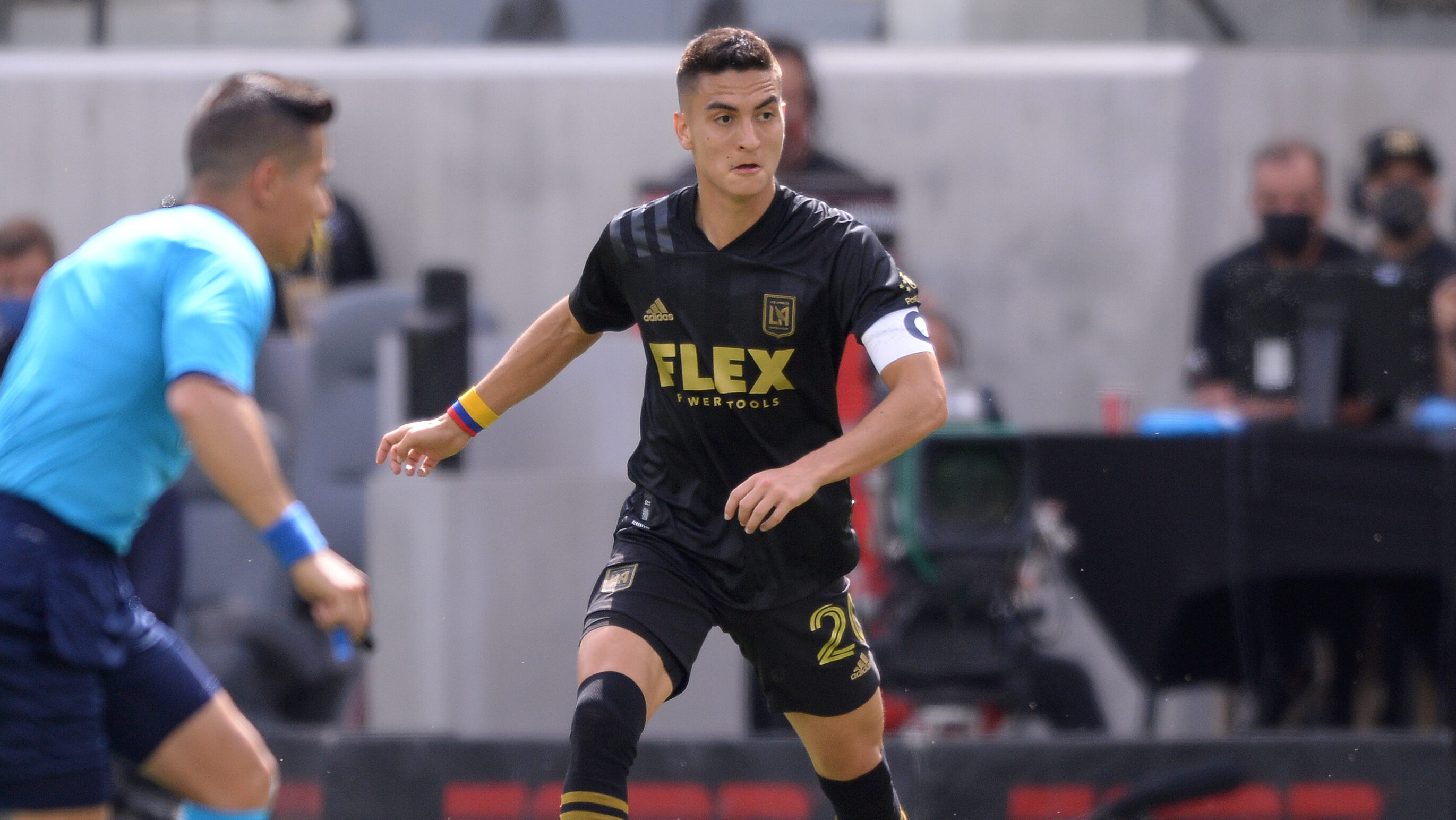 Eduard Atuesta has been an exciting piece of LAFC’s continued project in MLS and the midfielder has committed his future to the club for another season.

LAFC announced Friday that Atuesta has signed a one-year contract extension through the 2021 season. Atuesta joined the club in 2018 from Colombian side Independiente Medellin and since has been one of the top, young talents in the league.

He made his club and league debut in the first crosstown rivalry matchup against the L.A. Galaxy in March 2018. Since that matchup, Atuesta has made 75 appearances for the Black and Gold, starting 63 of those matches, and adding six goals to go along with 15 assists.

The Colombian international midfielder helped lead LAFC to the 2019 Supporters’ Shield and was named an MLS Best XI in the same year. He has also earned nine MLS Team of the Week selections and has continued continued to play consistent for Bob Bradley’s squad.

LAFC takes on the Galaxy this weekend in the first El Trafico of the new campaign.

Orlando City owner Flávio Augusto da Silva is reportedly nearing a purchase agreement which would see the sale of the club and Exploria Stadium.

Da Silva is in negotiations with the Wilf family, owners of the NFL’s Minnesota Vikings, to become the new owners of the Florida-based MLS club, the Orlando Sentinel reported Friday.

Not only would the Wilf family become owners of Orlando City SC, but they would also own NWSL side Orlando Pride, Exploria Stadium and the Orlando City academy system. The sale is expected to be valued between $400-$450 million according to a report on Friday from Sportico.

The family previously pursued an ownership stake in Major League Soccer in 2015, when they bid to become owners of Minnesota United. The Wilf’s became minority owners of Nashville SC in 2017, citing their continued interest in investing in MLS. If the purchase agreement for Orlando City goes through, the family will be required to sell its stake in Nashville, according to the report.

The MLS Board of Governors also will need to approve the sale if it is finalized between the two parties.

Orlando City is currently in its seventh MLS season and 11th year overall as a franchise and is coming off its best-ever league finish yet. Oscar Pareja helped lead the club to a first-ever playoff berth in 2020 and also to the semifinals of the MLS is Back Tournament at Disney’s Wide World of Sports.

With a growing mix of talent including Chris Mueller, Daryl Dike, and Andres Perea, the Lions have been tipped as a playoff favorite for 2021. The club is 1-2-0 in its opening three matches of the new season and will next host NYCFC on Saturday in a rematch of last season’s first round playoff encounter.

FC Cincinnati added a goalkeeper to the mix with European pedigree, signing Kenneth Vermeer from MLS’ Waiver List on Friday.

The 35-year-old will occupy an international roster spot and has been added to FC Cincinnati’s 2021 MLS roster. He will join Przemyslaw Tyton and Cody Cropper in the goalkeeping ranks of Jaap Stam’s squad going forward.

In order to create available senior roster and international roster spots for Vermeer, FC Cincy correspondingly placed defender Maikel van der Werff on the Injured List. The defender will be eligible to return to FC Cincinnati’s active roster for the July 3 match against the Houston Dynamo.

Vermeer made 15 starts in goal across all competitions for LAFC in the 2020 campaign. In eight MLS regular season starts, Vermeer posted a 2-3-3 record, made 20 saves and earned one shutout.

In his career, the goalkeeper has made 323 career appearances and totaled 99 shutouts across all competitions in 16 professional seasons in the Netherlands, Belgium and United States. Vermeer played for Ajax, Willem II, Feyenoord, Club Brugge and most recently LAFC.

Vermeer’s arrival at FC Cincy has also seen the club loan out goalkeeper Ben Lundt to USL side Phoenix Rising FC for the 2021 season. Lundt made 18 appearances in 2020 with Louisville City FC in the USL, claiming the league’s Goalkeeper of the Year award.

Jose Martinez will not play a part in the next three matches for the Philadelphia Union.

The MLS Disciplinary Committee has suspended Martinez a total of three matches for his red card offense in a 2-0 May 1st loss to NYCFC. Martinez was given a straight red card in the 14th minute after elbowing Valentin Castellanos in the head.

Martinez will miss upcoming matches against the Chicago Fire, New England Revolution, and New York Red Bulls over the next seven days. The earliest he can return to game action is May 23rd at D.C. United.

With Martinez set to miss the next week, Jim Curtin could call on Leon Flach at the No. 6 position after the midfielder started midweek in CCL play against Atlanta United.