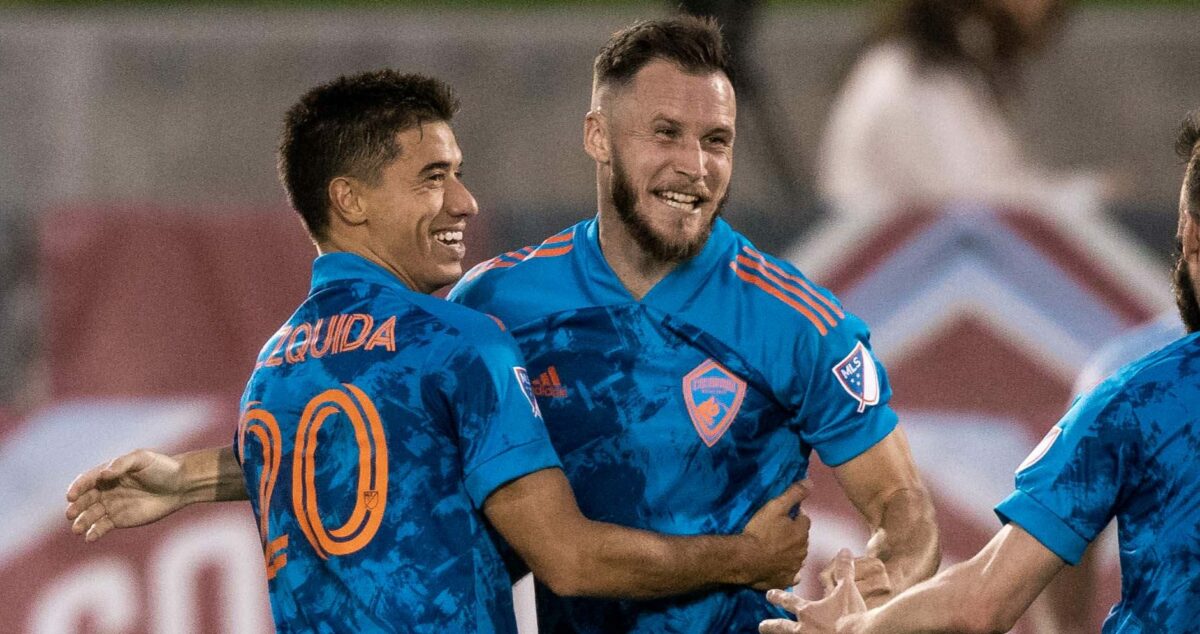 Through seven matches into the Colorado Rapids MLS season, one thing seems for sure. Robin Fraser’s side enjoys being back at Dick’s Sporting Goods Park, playing matches in front of the home fans after being without them for so long.

That trend continued Saturday as the Rapids picked up a third-straight home win and fourth win overall from their past five matches, defeating FC Dallas 3-0. The victory not only helped the Western Conference club rebound from last weekend’s loss to LAFC, but it moved them to fourth place on 13 points in the standings.

It was another positive result for the club in the early stages of the 2021 season and head coach Robin Fraser was pleased with the team’s efforts to get the job done.

“Really pleased with the win on a night where we didn’t play particularly well; the fact that we can still be resilient enough to find ways to deal with what was a very high-powered attack tonight,” Fraser said post match. “I thought Dallas really gave us some issues, especially early on, to deal with.

“And as I said, on a night we didn’t play particularly well, to really be resilient and find ways to score goals and obviously work really hard defensively and come out of it with a clean sheet, with all that I’m really pleased.”

For the third time out of the past five matches, the Rapids scored the opening goal and the for the second time it was a defender who sparked it. Keegan Rosenberry’s third-career goal for the Rapids and seventh of his professional career kickstarted things for Colorado before Tanner Tessmann’s own goal doubled the Rapids lead before halftime.

Former FC Dallas winger Michael Barrios capped the strong evening with his first goal against his old club, giving the Rapids a third-straight home win over Dallas. Now with the Rapids heading into a two-week break, it will give the club time to refuel and recover for a busy summer schedule including eight matches through June and July.

“To cap it off with a 3-0 win at home takes us into the break with a fair amount of confidence.”

The Rapids walked away with three points, but were put under immense pressure throughout the match. FC Dallas held 66% of the possession and also forced Rapids goalkeeper William Yarbrough into six saves on the night.

Still, the Rapids did well to pitch a clean sheet, its third of the new season and head into the two-week break on a high note. Now the goal will be to carry that strong form over into the summer, with hopes of returning to the MLS Cup Playoffs this fall.

“A good result from us,” Rosenberry said. “Far from pretty, far from the game plan that we wanted to execute. Robin [Fraser] said after the game it’s a sign of a good team and we cannot have the best of the night and get a good result.”