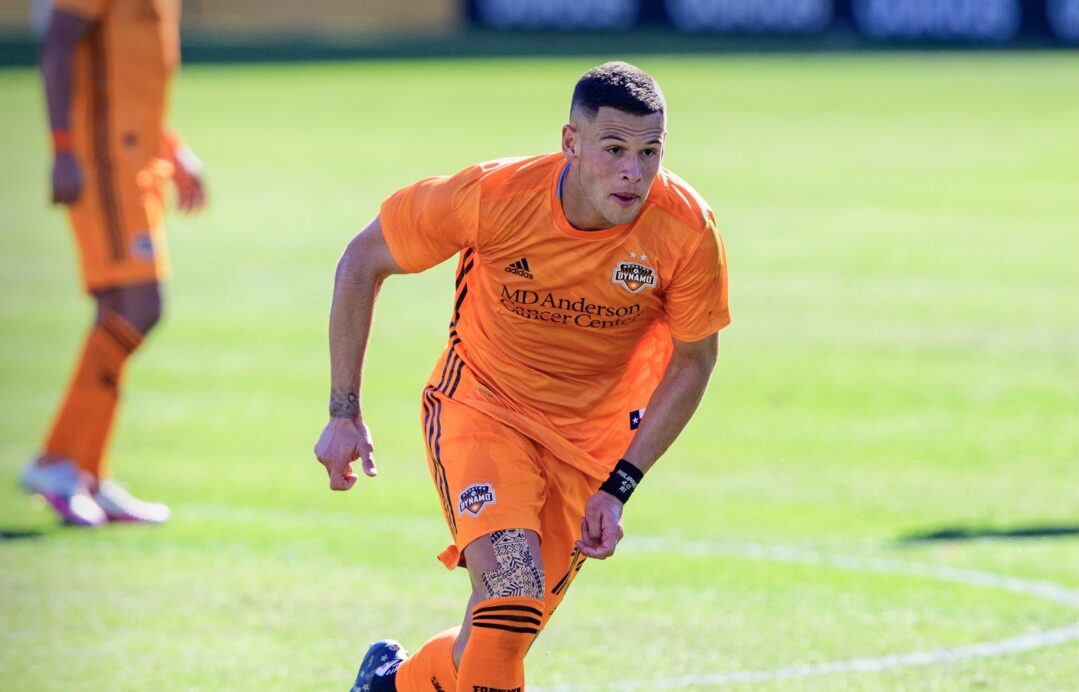 Christian Ramirez’s time with the Houston Dynamo has been stop-and-start, but now the American forward is making the move abroad.

Scottish Premiership side Aberdeen has acquired Ramirez from the Houston Dynamo, making him the latest to join a European club. Ramirez joined former Atlanta United interim head coach Stephen Glass, who is the manager of Aberdeen.

“Securing a centre forward was vital for us and, when we started looking, Christian immediately became a priority,” Glass said in a statement. “We have had to work really hard as a Club to get this finalised and we are delighted to be able to add a proven goal scorer who is still at a good age and is a full internationalist.

“We have no doubt he is going to add great value to our team and help all the individuals within it.”

Ramirez, 30, has scored 36 goals in 106 combined MLS appearances in his career. A former striker with both Minnesota United and LAFC, Ramirez has also earned two caps for the U.S. Men’s National Team during his career.

Aberdeen finished fourth in the SPFL last season and will take part in the Europa Conference League playoffs later this summer.

Jhonder Cadiz has played a vital part of Nashville SC’s early success as an MLS franchise and will remain with the club for at least the rest of 2021.

Nashville SC extended Cadiz’s loan through the rest of the season, the club announced Monday. Cadiz, 25, joined on loan last season from Portuguese side Benfica, and helped the 2020 expansion side reach the MLS Cup Playoffs in its first season.

Cadiz has scored two goals and added one assist so far in 2021 and overall has helped Nashville SC to an 8-2-8 record when he is in the squad.

He has earned four caps for the Venezuelan National Team and also played in France’s top flight before moving to Benfica in 2019.

Teenage Hadebe has joined the Houston Dynamo as a Designated Player, joining from Turkish Super Lig side Yeni Malatyaspor on a permanent transfer. The Dynamo signed the 25-year-old through the 2023 season with a club option for the 2024 season.

Hadebe, a Zimbabwe native, makes the move to MLS after two seasons in Europe with Yeni Malatyaspor. The defender appeared in 60 games for the Turkish side and scored two goals in his last season with Malatyaspor. Hadebe earned Süper Lig Team of the Season honors following his first year with the club, and earned Turkish Süper Lig Team of the Week honors five times during the 2020-2021 season.

Hadebe also played with the Kaizer Chiefs in South Africa’s DStv Premiership from 2017-2019. He also represented the South African side in the CAF Confederation Cup, earning four appearances through the second round.

Internationally, Hadebe has earned 17 caps with the Zimbabwe Men’s National Team since making his debut as a 21-year-old in a 3-0 victory against Liberia in an Africa Cup of Nations qualifier.

With the addition of Hadebe, the Dynamo have 28 players on the roster and all six international spots are now occupied.

The departure of Luis Binks left CF Montreal short a defensive option going forward, but the club filled that gap over the weekend.

The 19-year-old made 26 appearances with Breidablik Kopavogur in Iceland’s first division since 2020, scoring a pair of goals. He also appeared once in the UEFA Europa League.

CF Montreal is coming off a 1-1 draw with Nashville SC over the weekend.