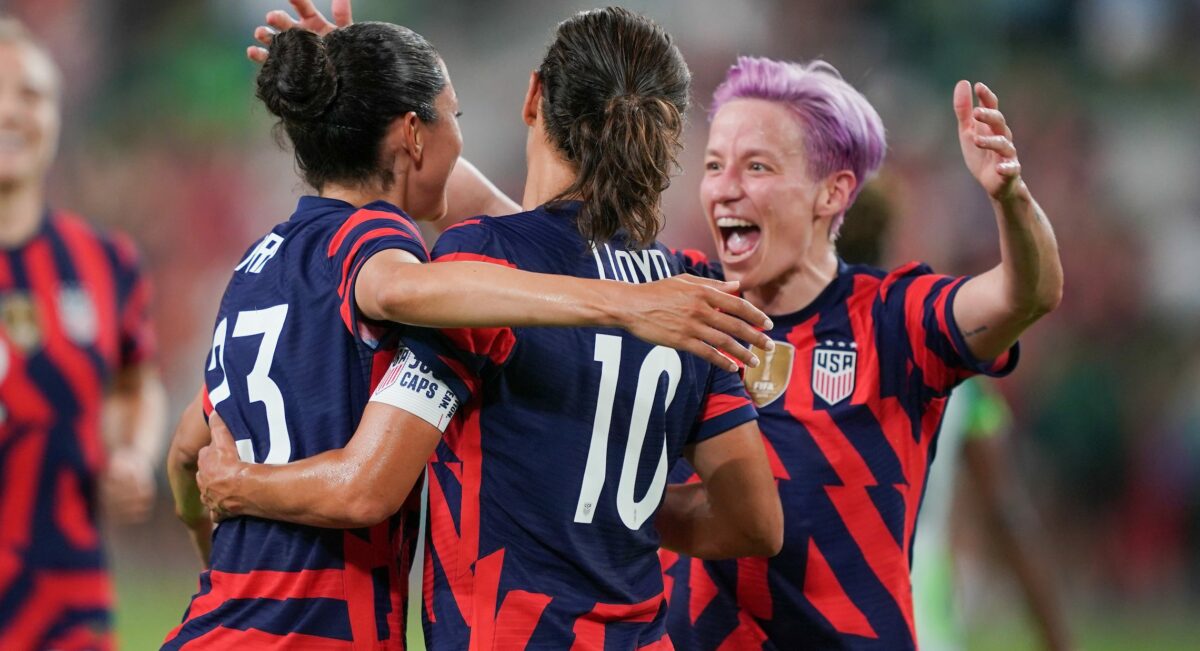 The U.S. Women’s National Team’s unbeaten streak extended to 42 on Tuesday night as the Americans finished their pre-Olympic tournament with a 2-0 win over Nigeria.

Christen Press marked her name in history as the very first goalscorer in Austin’s brand new Q2 Stadium and it injected some much-needed excitement into the USWNT to close out the first half.

Nigeria got caught napping on a botched clearance and two dangerous Americans combined to make them pay. Carli Lloyd caught the mistake and Press was there to slot it home for the first goal in Q2 Stadium history.

Further, she climbed up the all-time USWNT scoring ranks and now has sole possession of ninth place.

With that goal, @ChristenPress pushes her 🇺🇸 career total to 61, breaking a tie with Shannon MacMillan to take sole possession of 9th on the #USWNT all-time scoring charts 📈 pic.twitter.com/0UjYhvZsHH

Lynn Williams came in as a late substitute and made her mark in stoppage time of the second half. She didn’t have to do much, getting it on the break with an open net for her 11th international goal.

Nigeria produced more shots in the first half and gave the USWNT the best test of the three friendlies, overall.

Also, the Americans easily could have been down a woman had VAR been on hand to review a questionable play from Kristie Mewis in the first half.

On the Olympic bubble, Mewis did not do herself any favors with a 26th-minute yellow card earned by kicking at Nigerian goalkeeper Tochukwu Oluehi on a dead play. She ultimately had an unproductive night and was subbed off in the 61st minute.

The minutes before and in between goals saw the Americans struggle for material success, and the flashy opportunities that fans are accustomed to were all offsides or off target.

Closing out the pre-Olympic series with a win leaves things on a positive note, but the USWNT is a victim of its own success from years passed and did not inspire much confidence in the finale. Two opportunistic goals made the difference, and what would have been hard-earned goals on tactful buildups resulted in blanks.

Coach Vlatko Andonovski previously stated that he intended to select the Olympic 18 before the first of two friendlies against Mexico, which kicks off on July 1.